An Outstanding Victory Followed by a Tough Loss 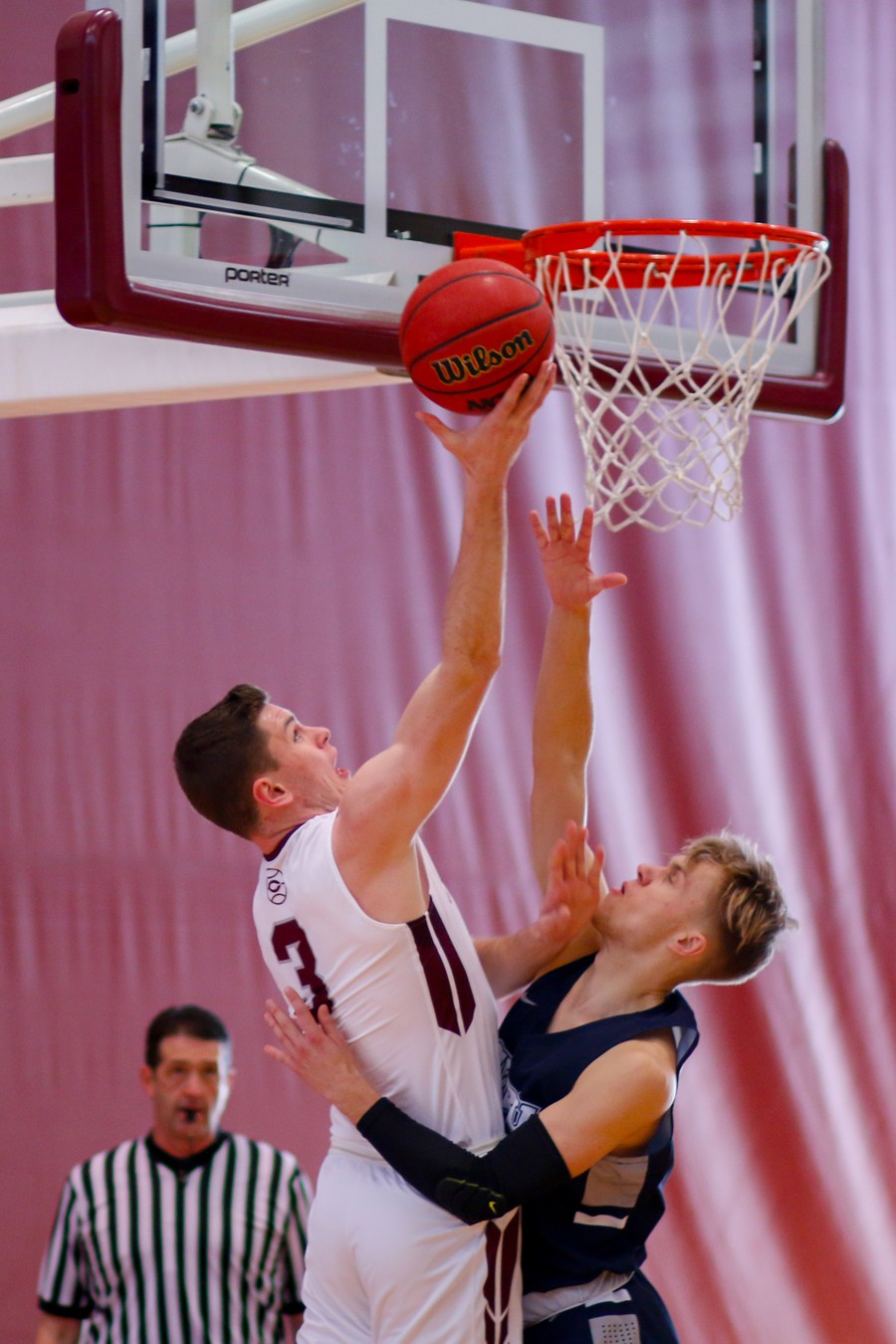 Third-year Cole Schmitz avoids his defender to tip the ball into the hoop.

After a great start to the season, the UChicago men’s basketball team competed twice in the past week, first against North Park University on Tuesday, and then against Lake Forest on Saturday. On Tuesday night, the men improved their season record to 3–1 with a huge victory, but on Saturday, they suffered a loss to bring their overall record to 3–2.

The Maroons went into their game against North Park confidently after two straight wins, with the opponents showing a season record of 0–4. Things began with a 6–1 lead by North Park, but UChicago quickly overcame the Vikings with multiple three-pointers in a row by fourth-year Noah Karras. Karras recorded very impressive statistics throughout the game, ending with a total of 27 points, a season best for the team. After the first few points, North Park never stood a chance. Halftime showed a score of 41–29 for the Maroons, and the second half of the game played out similarly.

Third-year Jordan Baum was alongside Karras in leading statistics against North Park. As in the previous game against Ohio Wesleyan, Baum led the team in both rebounds and assists, with 13 and 10 respectively. He scored seven points in total, while third-year Cole Schmitz recorded 12 points. Fourth-year Justin Jackson and second-year Dominic Laravie each recorded nine points. The Maroons overcame North Park in every statistic, raising the team’s confidence as they looked toward their weekend game against Lake Forest. UChicago demolished the Vikings with an impressive final score of 87–68.

Although their confidence was high after three-straight wins, the game against Lake Forest was a disappointment for the Maroons. Undefeated Lake Forest improved their season record to 3–0 after taking UChicago down with a final score of 75–61. Like their game against North Park, the Maroons tried to rely heavily on three-pointers, but were not nearly as successful this time, making only five of 27 three-pointer attempts. The Foresters made a total of 11 threes, showing the disparity between the teams.

The first half of the game remained close: With UChicago barely losing at halftime 27–23, hopes of a comeback still high. In the second half, the Maroons had much more possession than the Foresters but were having trouble making their shots. Lake Forest quickly pulled ahead at the beginning of the second half, and UChicago never came close to victory again.

Schmitz was the top scorer this time, with a total of 17 points, his career best. Fourth-year Ryan Jacobsen led rebounds in this game with a total of eight, as well as 10 points scored. After this loss, the Maroons will look to make a comeback against Wheaton College on Thursday at 7 p.m.