A Weekend of Wonder: A Review of University Theater’s Workshops 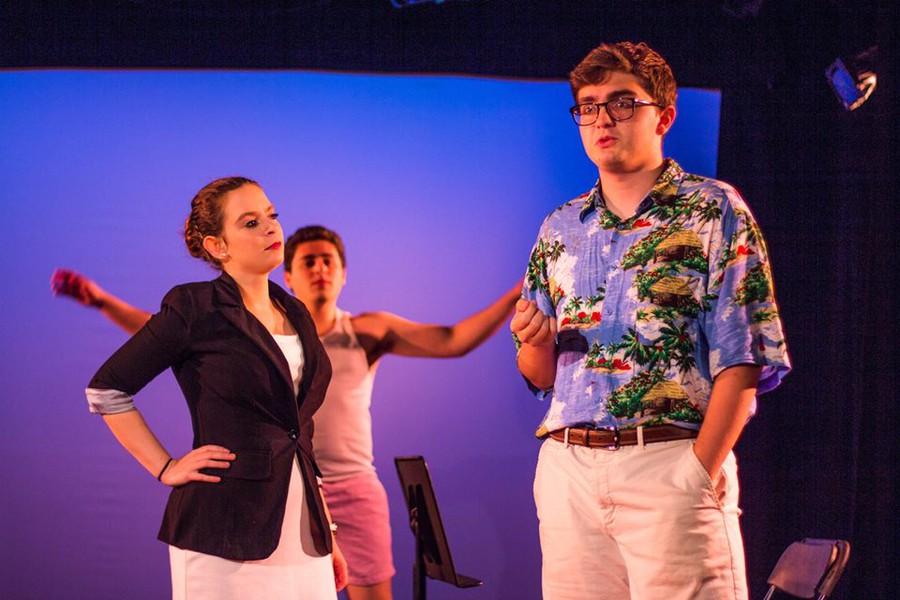 (right to left) Aliza Oppenheim, Cyrus Pacht and Leo Alvarez in "The Sandbox" by Edward Albee, directed by Kendall Phillips

It is often difficult to correctly predict the quality of student-directed theater. Sometimes, they are powerful works of art possessing impressive depth and quality; other times, they resemble the parody shows in Saturday Night Live’s High School Theatre Show. The series of shows that were presented during University Theatre’s A Weekend of Workshops, a diversity of performances ranging from witty social commentary to beautiful folktales, proved to be the former.

The Hardy Boys and the Mystery of Where Babies Come From, written by Christopher Durang and directed by Afriti Bankwalla, opened up the Friday show. A humorous twist on the classic mystery series, the play puts protagonists Frank and Joe Hardy (played by Emil Sohlerg and Gabriel Rourke, respectively) in a high school setting where they confront the sex-crazed Nurse Ratched (Matilda Kupfer) and try to decipher, through overhearing adult lingo and obscure references, the world of sex. While the play is short and lighthearted, it contains a poignant message about the discussion of sexuality in the modern day and the stigma associated with it. 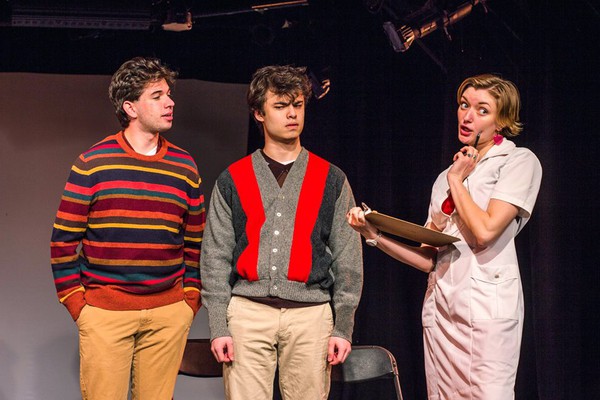 (right to left) Gabriel Rourke, Emil Sohlberg and Matilda Kupfer in "The Hardy Boys & The Mystery Of Where Babies Come From" by Christopher Durang, directed by Afriti Bankwalla

Peach Boy: A Japanese Folk Tale (written and directed by Kenjiro Lee) and A Story About Dragons (written and directed by Felix Lecocq) are both adaptations of traditional Asian folklore. While both rely heavily on presentation through voice (both shows featured actors wearing all-black attire), the two plays took different directions in interpretation. A Story About Dragons, telling the story of the Vietnamese dragon Lac Long, uses choreographic and visual elements to complement the storytelling. Using fans to form shapes and figures, the actors move in accordance to their vocal delivery of the plot. Meanwhile, Peach Boy: A Japanese Folk Tale was set in the format of a puppet show in front of a moving backdrop. The best parts of the play were in the cleverly written dialogue that often had the actors break the fourth wall and interact with the audience. The modern and metaphysical comments sprinkled in the lines gave the work a refreshingly avant-garde vibe.

The award-winning play Love, Loss, and What I Wore, written by playwrights Nora and Delia Ephron in 1995, was brought to life by director Ruthie Dworin. The powerful rendition was made possible by the superb acting and narration delivered by the five actors. Most outstanding was the performance of Emily Lovett, whose depiction of Gingy showed a deep understanding and appreciation for the character as she delivered a raw and compelling interpretation of the character’s biographical lines. The blocking of the performance also added to the enormous depth of the writing, often using the movement of the actors to transition between scenes and complement the riveting dialogue. The intermittent questions of “What should I wear?” and “Does this dress look good on me?” powerfully illustrated the heavy social burden on women to associate their worth with their appearances. 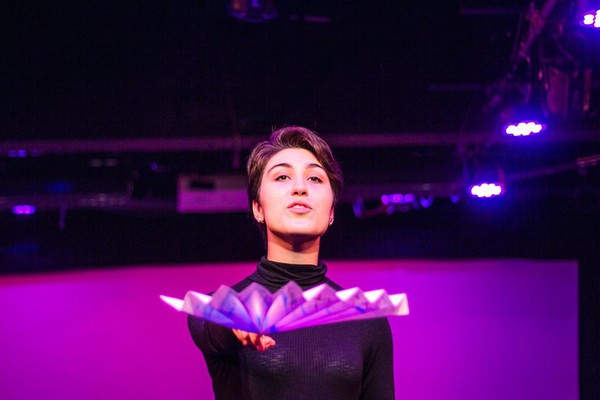 Alicia Hurtado in "a story about dragons," written and directed by Felix Lecocq

The night ended with The Sandbox, a comedic and cryptic play written by playwright Edward Albee in 1959 and directed by Kendall Phillips. The performance featured a scene in which characters Daddy (Leo Alvarez) and Mommy (Aliza Oppenheim) bring Grandma (Isabel O’Malley-Krohn) to a sandbox, where she laments her maltreatment. Each actor adequately portrayed their character’s specific traits, and through their wacky interactions, touched upon themes of what can be interpreted as generational differences and love. The underlying message is unclear; after all, The Sandbox is known for its strange plot and was heavily criticized for it when it premiered. Despite the unspecified intention, the actors did their best to advance the story. Especially outstanding was the performance of  O’Malley-Krohn, whose narration for Grandma provided exceptional comic relief.

Overall, the performances were impressive in their scope and delivery. Working from strikingly different scripts, the directors of the shows brought forward a uniform desire for quality and their own individualistic interpretations of the stories they had to bring to life. The actors were exceptional in their performances and understanding of complex characters. Within their budget limits and the walls of the claustrophobic theater in Reynolds Club, the entire team of writers, directors, actors, and stage managers produced a series of performances that, from beginning to end, never ceased to amaze.