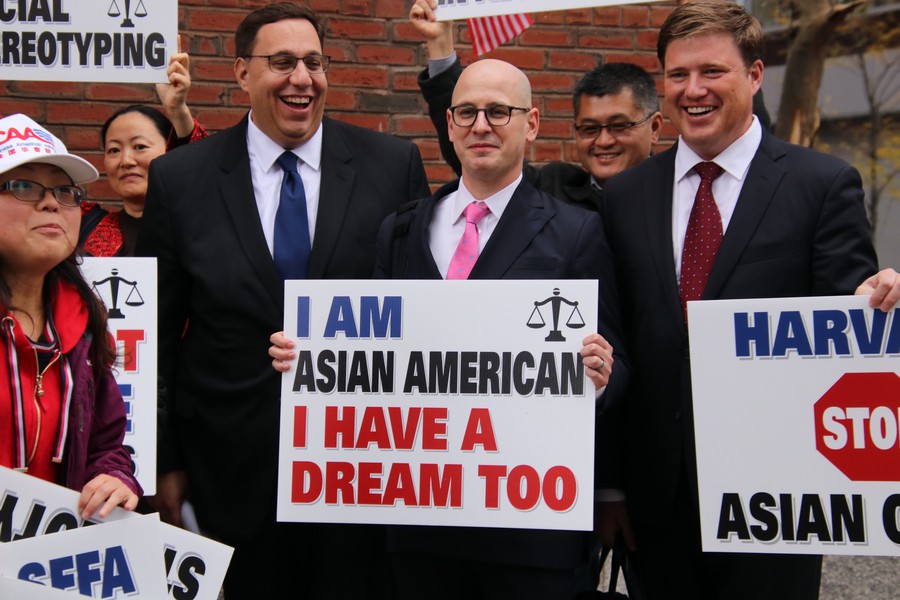 Courtesy of Amy Y. Li for The Harvard Crimson

Law School lecturer and graduate Adam Mortara (J.D. ’01) acted as lead trial counsel representing Asian-American students in Students for Fair Admissions v. Harvard, the high-profile lawsuit in which Students for Fair Admissions (SFFA) plaintiffs accused the University of placing a restrictive quota on the number of Asian Americans admitted to the college. The trial ended last Friday and the ruling is set to be released in early 2019.

In his opening statement, Mortara argued that the future of affirmative action was not on trial and that he does not oppose campus diversity. Rather, he believes Harvard’s admission practices discriminate against Asian Americans by holding them to a higher standard than other racial and ethnic groups, as well as by manipulating aspects of the admission process against them, using possibly biased and hard-to-quantify metrics, such as ratings of students’ personality traits.

According to Mortara, his work for SFFA has led him to receive immense support from the Asian-American community.

“When we walked out of court on the last day and were surrounded by Asian Americans, many of them first generation immigrants, one of them put a sign in my hand that said, ‘I am an Asian American and I have a dream too!’ I did not know what I was holding for a while, and when I looked down at it, I was a little sheepish. But I have answered about a hundred e-mails of support since the trial ended, and I will say that the Asian-American supporters of SFFA have made me feel at home,” he told The Maroon.

When asked what he believes his stance suggests about how elite colleges generally admit students, Mortara said he could only speak to Harvard’s actions.

“It is wrong to do the things Harvard did and say the things Harvard said during this trial. Calling Asians ‘one-dimensional’ and ‘book smart,’ or referring to model minority canards like the overrepresentation argument (the idea that Asians are a small proportion of the U.S.population, so they are already ‘getting more than their fair share’ by being 20 percent of the class at Harvard), is just wrong. I have not seen other elite universities buying into those stereotypes in public the way Harvard did in this case.”

Will Consovoy of Consovoy McCarthy Park PLLC, who has represented SFFA since 2014, reached out to Mortara when he saw that the case was likely to head to trial.

“When Will asked me to get involved, he could not show me all of the evidence against Harvard because it was sealed, and I was not yet SFFA’s lawyer. But he assured me that if I took the case, I would see quickly the wrongdoing that had occurred at Harvard,” Mortara told The Maroon. “As soon as I got involved in the case, I saw that Harvard had prepared internal reports in early 2013 showing discrimination against Asians in its admissions process and that the Dean of Admissions knew about it. Harvard ignored those reports and buried them.”

Although Mortara is not of Asian descent, his time working as a law clerk for Supreme Court Justice Clarence Thomas during the case of Grutter v. Bollinger familiarized him with the landscape regarding issues of affirmative action and race-conscious college admission practices.

Additionally, his past experiences as a student of the College (A.B. '96) gave him the “emotional purchase” to fight for the SFFA.

“My UChicago education, in the incredibly diverse student body we had in Hyde Park, resulted in me being exposed to Filipino, Gujarati, Punjabi, and other Asian cultures through my closest friends... I mentioned my three closest friends from my College days in my closing argument,” Mortara said. “The reason I tried this case is so that my friends’ children, and all Asian-Americans, have the same chance of being admitted to Harvard as my white daughter.”

According to NPR, both sides of the case are prepared to appeal if the verdict is not in their favor.