The prestige of a federal government internship isn’t worth sacrificing your values. 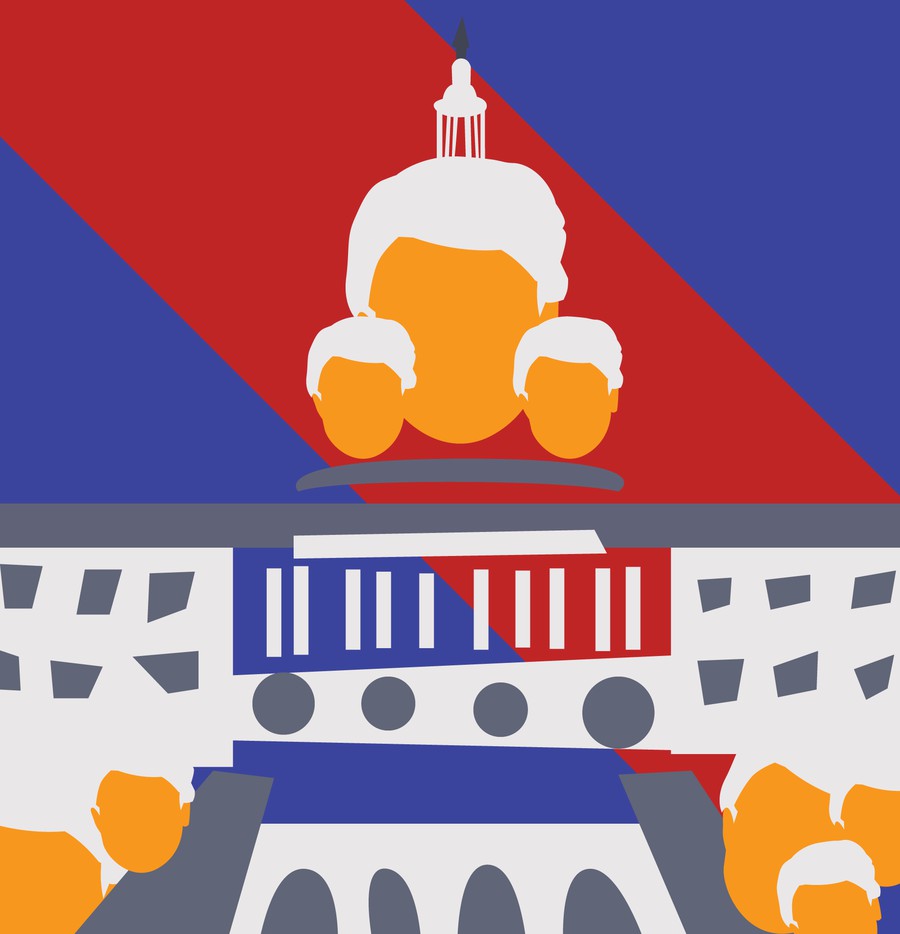 Even this early in the school year, many UChicago students are already applying for summer internships. Specifically, for those interested in public service careers, positions in the federal government can seem especially tempting. On-campus institutions, like the Institute of Politics (IOP) or the Harris School, offer a number of prestigious federal government internships exclusively to UChicago students each year, making things even easier for politically oriented undergrads.

But choosing to intern in the federal government isn’t an easy choice, especially for a student body that holds President Trump in staggeringly low regard. Liberal students repulsed by the Trump administration’s policies face a quandary: They can renege on their values for the sake of a prestigious summer job, or they can stick to their morals but miss out on a resume-building opportunity in the process.

The Maroon Editorial Board hopes to simplify things: We endorse the idea that students should not intern in an administration with which they fundamentally morally disagree. The career benefits one might derive from such an internship are no justification for working in support of policies one finds pernicious.

Certainly, not every federal government office has equal potential for harm. The Justice or State Departments are responsible for carrying out more of the President’s policies than, say, the National Park Service. We admit too: Not every federal government internship is necessarily incompatible with progressive values. But many are, and pretending that a random government internship wouldn’t be working in service of the President’s agenda is deluded. Even obscure and ostensibly apolitical agencies, like the Federal Communications Commission or the Consumer Financial Protection Bureau, do more in service of Trump’s goals than most of us would guess.

Others might argue that many longtime public servants still work in the government even though they disagree with Trump. Are short-term interns not cut from the same cloth? There is a difference between career bureaucrats who have decided to continue their work because of the stability of their current job, or because they believe that through their work they are acting as a check on the administration, and 10-week interns whose summer internship in the Trump administration is a deliberate choice.

Interns who aspire to become bureaucrats are not immune from criticism simply by the virtue of their humbler professional aspirations either. Having vague ambitions for future government service is a poor excuse for moral ambivalence in the present. Those interested in eventual government careers should have clear moral commitments: Careerist self-interest is hardly a character trait we should be looking for in our future public servants.

And while the ethics of a Trump administration internship are up for debate, one thing is unarguable: There is no shortage of similarly substantive internship opportunities, either offered through a University office like the IOP or advertised elsewhere. Rather than musing about whether a certain federal agency would be too noxious to work for, look for other opportunities. Work at a think tank, a nonprofit, a Congressman’s office, literally anywhere else. Gain relevant experience without sacrificing your values.

If you’re the rare UChicago student who is comfortable with the Trump administration’s agenda, by all means take that federal government internship. But if you find that your values conflict with the administration’s actions—on health care, on immigration, on the environment—make a decision you’re sure you’ll be able to live with. Liberals, don’t intern for Trump. Apply elsewhere.