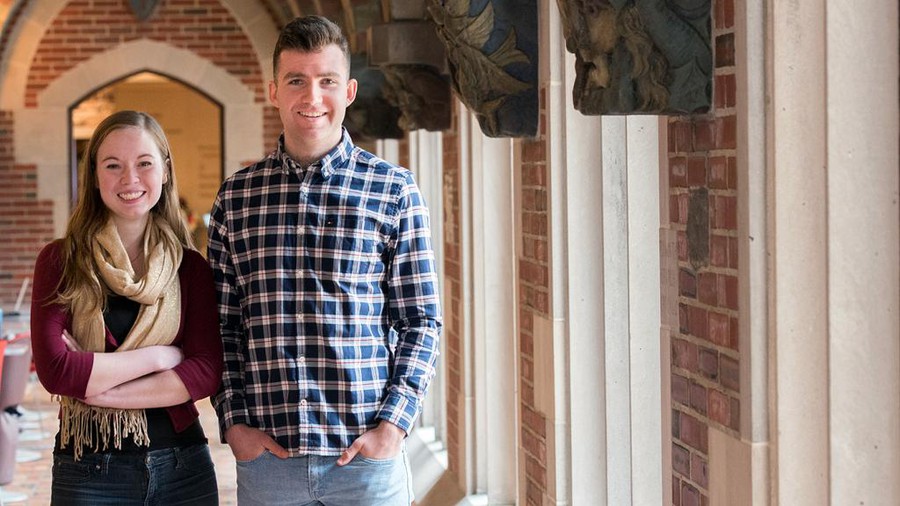 Two University of Chicago students are among this year’s Marshall Scholarship recipients: Sarah Nakasone, a College fourth-year, and second-year Law School student Christopher Crum. Both will start graduate degrees in the U.K. this fall.

The prestigious Marshall Scholarship selects up to 50 students from across the U.S. to pursue a graduate degree in any field. The program fully covers tuition, cost of living, and miscellaneous expenses like travel and research grants.

Nakasone, a global studies major, told UChicago News that she hopes to work in disease control and prevention, focusing on ways to foster greater community engagement in addressing HIV. Inspired by her time researching HIV as an undergraduate, she will be working toward an S.M. degree in the control of infectious diseases from the London School of Hygiene and Tropical Medicine and a Ph.D. in epidemiology and population health from University College London.

Crum will pursue a master’s in the social science of the internet at the Oxford Internet Institute. He views issues with cybersecurity and spread of fake news as particularly pressing. “If fake news could be removed from public discourse and elections could be electronically safeguarded, it would go a long way towards restoring public faith in the democratic systems in the U.S.,” Crum wrote in his Marshall application.

With the addition of Nakasone and Crum, a total of 27 individuals associated with UChicago have now won the Marshall Scholarship since 1986.