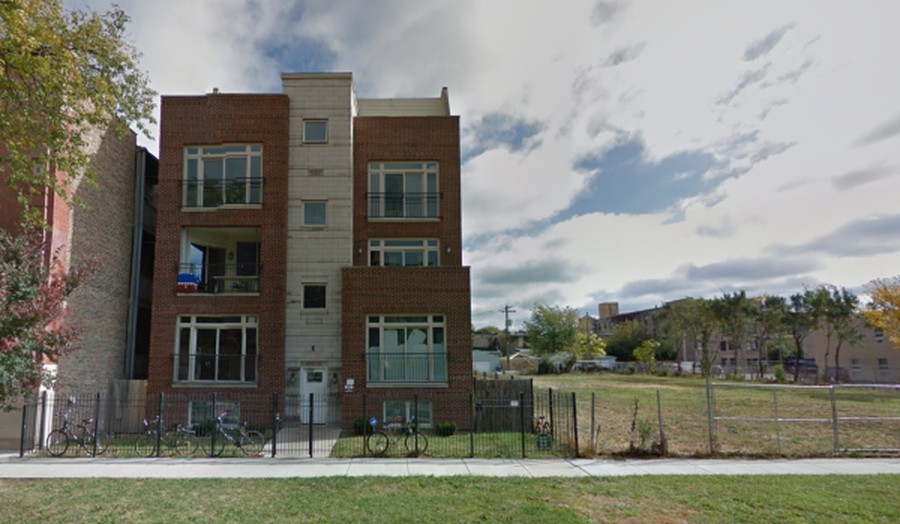 A “Garty” set to be hosted at the Alpha Epsilon Pi (AEPi) fraternity house on Friday night was canceled by its organizers after a University of Chicago Police Department (UCPD) officer informed them of the University’s policies on underage drinking when the officer saw cases of beer outside the house.

As party organizers moved alcohol to the house, located at 6105 South University Ave, a UCPD officer approached them and warned that if students engaged in underage drinking, they could be arrested and fined, according to organizers. After the interaction with the officer, the party organizers decided to cancel the event.

A Garty is a party operated by and hosted for LGBTQ+ students, and offers a space for students who do not feel comfortable attending traditional parties. Garty, the group that organizes Garties year-round, also donates its proceeds to charities related to gender advocacy.

The police warning angered many students, some of whom have questioned why the Garty received a preemptive police warning, while many parties—most of them hosted by fraternities—occur regularly throughout the school year.

“Due to ~*homophobia*~...and due to us being unable to find a viable venue in time, Garty is not happening tonight,” fourth-year Jorge Ernesto Clavo Abbass, one of the Garty organizers, wrote on the Facebook event page for the party.

When asked in an e-mail whether UCPD was aware that the party was organized as a space for LGBTQ+ students, University spokesperson Marielle Sainvilus said, “UCPD was not aware of this party or its nature in advance. The officer became aware of a party based on his observations of cases of beer on the sidewalk while patrolling his beat.”

Sainvilus did not specify how often UCPD preemptively warns against other parties that are planned throughout the school year. Sainvilus wrote in the e-mail, “If [police officers] observe or identify potential issues that could harm others or lead to breaking the law (whether intentionally or unintentionally), they will work to mitigate those issues, which they do frequently.”

Garty organizers and the University gave conflicting accounts not only of the motivation behind the officers’ actions, but also of what occurred during the actual interaction.

Garty organizer and third-year Claude Richoux, who interacted directly with the UCPD officer, recalled, “Basically what the cop was saying was if they got a call for a disturbance from the people across the street or next to the AEPi house (which he emphasized was very, very likely), he would have to rope in the dean and CPD [Chicago Police Department].”

“He basically told me we would be arrested, booked, and processed, and charged $1,000 a head if they found evidence of underage drinking at the party,” Richoux continued.

Sainvilus, in a statement to The Maroon about the course of events, did not confirm nor deny the threat of arrest and fine.

“Given the history of incidents at this location, particularly with the past history of noise complaints and illegal liquor consumption by minors, the officer outlined the potential consequences if additional infractions occurred,” Sainvilus’s statement reads.

“The officer also reminded them that if the UCPD were called and found illegal activity involving students, such as underage drinking, procedure calls for UCPD to notify the Dean on Call,” the statement continues. The full statement is included at the end of this article.

When asked again about whether the police officer threatened to arrest and fine the party organizers, Sainvilus again did not confirm nor deny the threat, and said, “At no time did the officer suggest that the individuals shut down the party.”

In response to Sainvilus’s statement, Abbas, who overheard the UCPD interaction, said, “The way in which the officer repeatedly used the phrase ‘booked and processed’ was extremely threatening and at no point did the officer suggest anything having to do with hosting a ‘responsible party.’ Hearing the party ‘outside of the gate [of AEPi’s premises]’ was sufficient to warrant the party being shut down, from his perspective. When we put all this together, despite the officer not explicitly shutting us down, his threats were tantamount to the same thing.”

Richoux, who interacted directly with the officer, also said the officer’s tone was “very threatening.” He added that interacting with law enforcement is especially distressing given his gender identity as a transgender male.

An AEPi representative who spoke with The Maroon characterized the interaction differently: “He was pretty firm in his warning, but I didn’t necessarily think that he was threatening us, that he would do it [arrest us] then. He made it clear that it was something that would be later, if at all.”

According to Garty organizers and representatives from AEPi, a UCPD patrol car was seen circling around the fraternity house for 30 minutes before the event was set to begin. The University said that the officer was on a normal patrol on his beat. When the Garty organizers arrived on location carrying alcohol and other party supplies, the squad car was already parked across the street from the fraternity house, where the officer had a clear view of the drinks.

The officer then exited his vehicle, approached the fraternity house, and asked to speak to the organizers of the Garty and the leadership of AEPi, according to students who were on the scene.

Both organizers of Garty and representatives from AEPi expressed surprise at the preemptive warning, claiming that it is rare for UCPD to warn students about possible consequences before a party starts.

Khephren Chambers, a fourth-year who also helped organize Garty, said that, to his and others’ knowledge, this was the first negative interaction between Garty organizers and UCPD.

In 2017, a Garty taking place at Lambda Phi Epsilon was shut down—though in that case, it was well after the party had started, according to Chambers. He said the that organizers did not express grievances over the cancellation of the 2017 party because neighbors were not properly notified beforehand.

Abbass was suspicious of the premature warning. He noted that Alpha Delta Phi (Alpha Delt) holds Bar Night every Wednesday night, and other fraternities hold parties nearly every other night.

AEPi, unlike the fraternities on South Woodlawn Avenue and South University Avenue, is located on a primarily residential block, which could be a reason why the officer approached students, as the University told The Maroon there have been 70 noise complaints about AEPi in the last three years.

Eventually, the Garty organizers and AEPi leadership agreed to cancel the event. Garty organizers said they reached out to other fraternity houses around campus to see if they could host the party, but due to the short notice, none contacted were able to accomodate the request.

“AEPi was excited to host this. I was personally bummed that this got canceled. The enthusiasm and undeterred push by the organizers was laudable and inspiring,” the AEPi representative said.

Abbass said the preemptive warning “has elicited anger not just from the undergraduate student community, but also from alumni and even from faculty. I’ve even gotten messages of support from students at UT Austin.”

“We don’t want the events of last night to stand in the way of our most important goal: philanthropy intended to support the Chicago queer community,” Abbass wrote on the Facebook event page.

Abbass said Garty organizers also intend to contact the staff of the Center for Identity and Inclusion and file a formal complaint before the University.

The University’s initial statement on the course of events reads in full below.

“As with any law enforcement agency, UCPD officers are assigned to patrol specific beat areas. When patrolling an assigned beat, part of an officer’s duty is to identify and help mitigate any potential issues before they occur. During a routine patrol on Friday evening, a UCPD officer stopped and introduced himself to individuals at this address after noticing cases of beer stacked on the sidewalk. Because this particular location has previously been the subject of over 70 disturbance calls from community members just in the past three years, the officer reminded the individuals of these past issues and asked that they host a responsible party out of respect for their neighbors. The officer also reminded them that if the UCPD were called and found illegal activity involving students, such as underage drinking, procedure calls for UCPD to notify the Dean on Call. At no time did the officer suggest that the individuals shut down the party.”

Editor’s Note: Abbass previously worked as a news reporter at The Maroon.