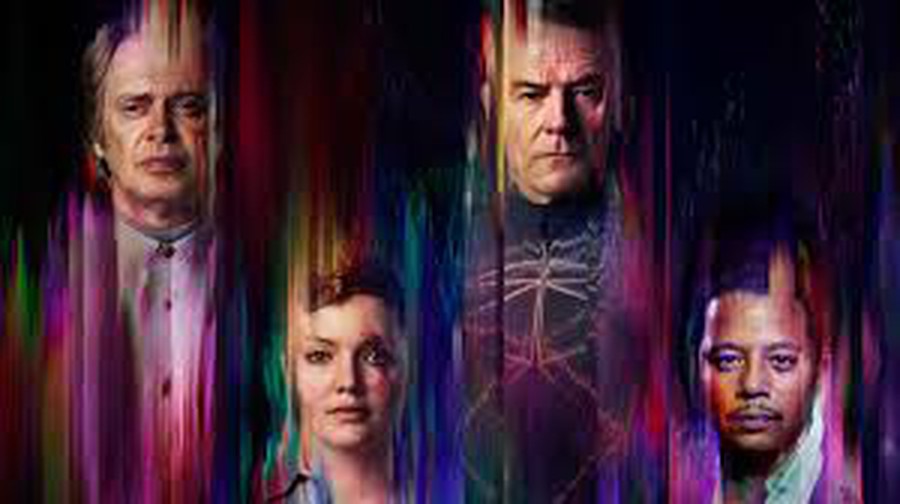 When I finished the first episode of Amazon’s original series Philip K. Dick’s Electric Dreams, I found that, over the course of watching, I had imagined an origin story for it. Jeff Bezos sits in his expensive-but-tasteful living room, making the most of a relaxed Friday night to catch up with the best of Netflix. He’s heard good things about Black Mirror, about how it captures questions of contemporary technological and social politics with the precision and human focus that characterizes the best science fiction. He watches the first episode. Like the rest of us, he’s surprised: It’s a sort of silly concept, the prime minister blackmailed into having sex with a pig, but it’s just bizarre enough to read as an allegory, not inept. And what’s more, it’s well written, well acted, beautifully shot, and, even better, offers a sobering possibility of a near-future world.

Jeff is sold. He loves it. He’s a little jealous of Charlie Brooker’s creative fecundity. He wants to compete with the Netflix behemoth, and the sci-fi anthology seems like it’s hitting some particular nerve. He decides he has to have his own Black Mirror.

But one thing is bothering him: That show looks awfully expensive. It’s lazy criticism to say that Electric Dreams is cheaper than Black Mirror, but sometimes the lazy comment is accurate.

The things that make Black Mirror good and occasionally excellent are all, strictly speaking, present in Electric Dreams. It is a collection of longer-episode standalone segments driven by human characters facing believable technologies that threaten their lives in ways resonant with the paranoia and insecurities of today. It is often powered by talented, recognizable actors. It is fueled by the creative ferment of a very good mind (in this case, the incomparable Philip K. Dick, whose work was the source for Blade Runner and who really deserved better than this hatchet job). It is a show, ultimately, about humans accommodating threats to the world’s fundamental social fabric.

And yet, all of these elements are executed hastily and without elegance. The story lines are often muddled or conventional-feeling, perhaps because Dick originated many of the tropes that have since become sci-fi meat and potatoes. A character who switches between two lives and can’t tell which is real, then ultimately picks the wrong one? It’s a good concept, but too overdone as to be charcoal. Dialogue is so clunky that even A-list actors (Bryan Cranston! Steve Buscemi!) can’t rescue it. It is painful—terribly, terribly painful—to see Cranston, with all the nuance and delicacy that he can bring to the most unlovable character, deliver the line, “My spacecraft is prepared. I must go now.”

It doesn’t help that the show isn’t even pretty. Good effects have been the saving grace of mediocre sci-fi since, well, effects got pretty; moments of exceptional, colorful, and dramatic art keep us tuned into even a slog of a film. But Electric Dreams is drab and unconvincing, a soggy mess of crude CGI that shoves a widening wedge into the already sizeable cracks in the show. With good effects, the last bastion of bad sci-fi, nowhere to be found, Electric Dreams is on unsteady ground.

Sadly, even this basic failing is no guarantee the show will lurch as quietly into the sunset as it really ought to. Amazon bought the rights for the series from AMC, which was also considering fielding it. And think back to the proliferation of good, bad, and terrible zombie media that erupted just a few years ago but that has now mostly settled into a strange memory: There is every reason to think that an appealing format with appealing concepts will be exploited to its fullest.

In this case, Electric Dreams’ half-assed philosophizing about just how spooky the future might be doesn’t delve deep enough to justify questions. Black Mirror is always thoughtful enough to keep its characters compelling, its scenarios loosely believable, and the new technology causing the weirdness of its world to be a reasonable extension of what’s available today. But Electric Dreams is a clumsy rehash of old tropes, saddled with flimsy characters and melodramatized conflicts that do not hold up when scrutinized. Without a rigorous attention to coherence that allows scenarios to take on their own life, sci-fi devolves away from asking “what if” and instead tells us one particular story that loses relevance for a world where people make reasonable choices. Electric Dreams falls squarely into the second category.

On the plus side, it hasn’t been renewed for a second season yet. I hope it isn’t. A world where Amazon funds more of this is truly more frightening than any scenarios Electric Dreams has to offer.