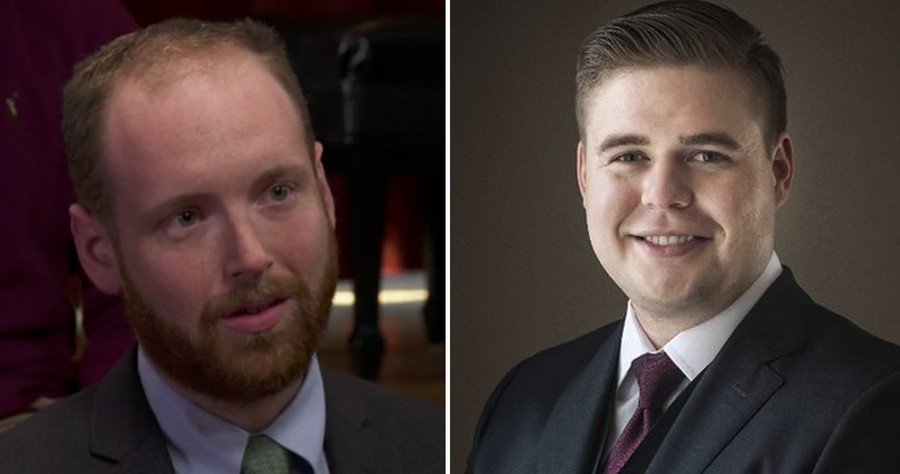 Courtesy of CBS News and LinkedIn

The Law Students Association (LSA) will not pursue defunding or deactivating its conservative parliamentary society because administrators say that would violate the University of Chicago’s free speech policies or principles.

LSA President Sean Planchard wrote a letter last Monday to the Law School deans explaining that if the school failed to act, he would submit a resolution to the LSA Board to defund and deactivate the Edmund Burke Society (EBS) “based on its repeated and documented misconduct,” after it released a whip sheet that said immigrants bring “disease” into the body politic.

But Law School and University administrators pointed to the school’s freedom of expression principles and declared that LSA cannot defund or deactivate a student group for the “content” of its speech.

Planchard clarified in a conversation with The Maroon that LSA “as an institution was never suggesting anything” regarding defunding or deactivating the Burke Society.

“I tried to be careful in my open letter on to make clear that the views expressed were my own. I was not clear enough on this point. I was also not clear enough regarding my intent to sanction or grounds for doing so. The LSA board, including me, was unanimous in its belief that the decision to defund or deactivate the Edmund Burke Society should not be in LSA’s hands,” he said.

The Burke Society receives funding from LSA, but Planchard says that a decision to defund or deactivate the Burke Society should not be made by the LSA. He thinks the responsibility to sanction is in the hands of the Law School Dean of Students.

Planchard said he never wanted the Burke Society sanctioned for the content of its speech. Instead, he said he objected to the harassing environment it has created.

His open letter last week, which Planchard wrote reflected his personal views, said that the LSA board was prepared to act if the administration did not. He said that if nothing was done by last Thursday he would submit a resolution to defund and deactivate the Burke Society. He said he had electronically polled the LSA Board, finding that a “substantial majority” supported some form of defunding or deactivating “on the dual assumptions that (i) the administration does not act and (ii) the authority exists for LSA to sanction LSSOs at all.”

Planchard says he appreciates the clarity he now has, which is that LSA does not have the authority to sanction the Burke Society according to administrators. LSA is drafting policies that would comply with University policies “regarding clear ex ante triggers for defunding/deactivation,” he said. Such a policy would not be retroactively applied, he said.

“The relationship between LSA and the Law School is an inherently gray one, but my view is that all of LSA's authority is fundamentally allocated to it by the Office of the Dean of Students, which is underneath the Office of the Dean, which is under the University. While individual members of LSA may disagree or dislike Dean Miles’ communication regarding the University's decision on LSA's powers and authority, LSA does not plan to contest that determination. Indeed, LSA appreciates the clarity it brings. Moving forward, we hope to thought-partner and work with the administration, mindful that we represent students, on finding solutions that address the root causes distressing the law school, not the symptomatic conduct of the Edmund Burke Society.”

The Burke Society’s LSA funding has been affected by previous noncompliance with alcohol policies. It received $300 from LSA initially on a probationary basis, and another $300 was allocated for them in LSA’s Winter Quarter supplemental funding round, contingent on compliance with the alcohol policy.

“As far as LSA understood, EBS was in compliance and we were planning on making that supplemental funding distribution,” Planchard said. “It should also be noted that the same allocation, probation, and procedures applied to the People’s Collective, the ‘progressive’ equivalent of the EBS for the same alcohol policy compliance concerns.”

“The University’s extreme commitment to freedom of expression is suffocating its ability to foster a diverse and inclusive environment. It is a case of dueling principles. To this end, I have already reached out to University officials to discuss this conflict in principles, as well as advocate for a different interpretation of existing policies,” he said. “If a different interpretation does not suffice, I will advocate for fundamental policy change that will better protect students from identity-based discrimination (race, religion, ethnicity, national origin, sex, sexual orientation, etc.).”