Song and Comedy Bring Something to "Much Ado About Nothing" 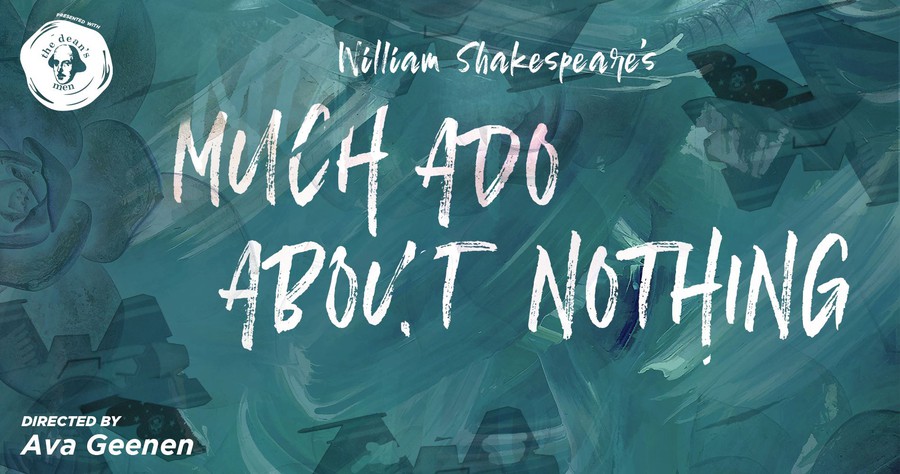 Much Ado About Nothing is a classic Shakespearean comedy in every way: It features squabbling enemies-turned-lovers, scheming friends, humor that mercilessly takes down social norms, and a wedding to round it all out. It is a brilliant piece of theater and one of Shakespeare’s most enduring comedies, up there with A Midsummer Night’s Dream.

Unfortunately, these elements must occasionally stand alone in the production by the Dean’s Men, which opened last night. Despite some standout elements, this production relies too heavily on reciting the hilarious script while adding little to enhance it.

Third-year Margaret Glazier steals the show as Beatrice, the play's heroine. She makes every joke come to life, giving audience members who may not be well-versed in Shakespeare insight into humor that is more contemporary than one might think. She controls the space of the stage and always finds the spotlight, clearly a seasoned actress in the shoes of the stubborn lead. Benedick, portrayed by first-year Sam Jacobson, also lands his jokes well. Both actors play up the physical humor of clumsy attempts at hiding—heads end up inside of barrels, while a ficus tree is placed comically.

In addition, the costumes, designed by second-year Clare Kemmerer, are colorful and fun: They match the fanciful sensibility of the show and flatter the actors. Actors change between costumes, which are ’90s nightclub style, with impressive frequency.

The songs that the cast sings are set to a lovely composition (most songs in Shakespearean comedies do not have a canonical tune) and add to the fun of the piece. They often help set the tone: The refrain “Hey, Nonny,” a staple of the Bard’s comedies, establishes a lighter mood after a dramatic betrayal, refocusing the spirit of the play on romance and levity.

However, as funny as the script is, the Dean’s Men ensemble, for the most part, misses the opportunity to make the jokes accessible. They recite the tricky prose without animating it, putting the onus on the audience to catch up. With dialogue driving the plot, the production requires audience members to stay extra attentive or risk missing a crucial turn of events. Those familiar with the play and Shakespearean style would have an easier time than the average viewer tracking the fast-paced plot and its many witticisms

This production of Much Ado About Nothing also lacks the distinctive and surprising twist that many of the Dean’s Men’s productions have sported in the past, such as with changes in setting or character. Second-year Tess Gundlah plays a female Leonata, rather than the traditionally male Leonato, giving the role a refreshing take; however, a distinctive, larger-scale re-interpretation of the comedy could have made it a more memorable production.

The play is nevertheless a wonderful crowd-pleaser, and the cast delivers an enjoyable performance. Despite moments that left the audience wanting, this quarter’s production of Much Ado About Nothing offers what the Bard is famous for: musical dialogue, an overflowing script, and endless comedy.