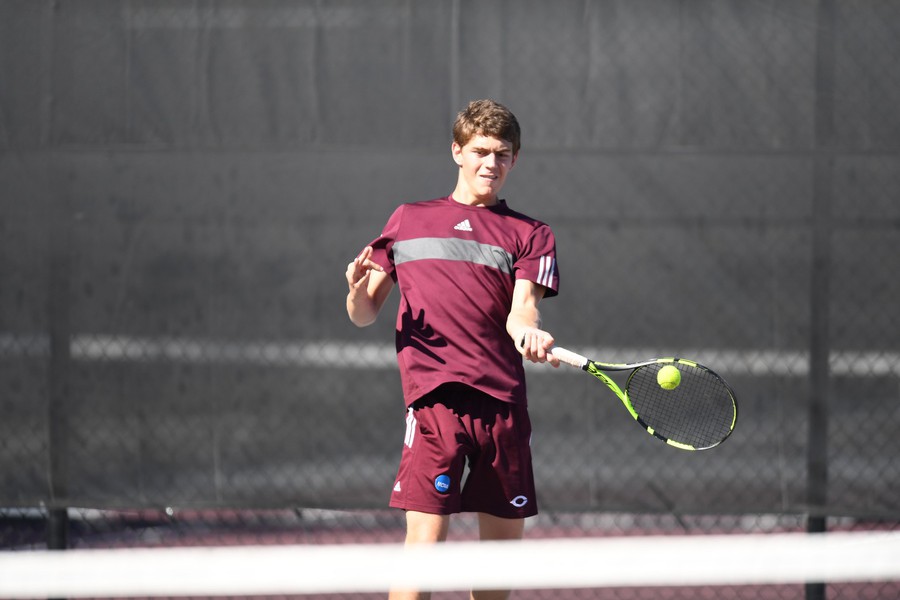 The men will face off against unranked DePauw on Friday and No. 39 Coe on Saturday. DePauw will be hoping to capture their first victory of the season as they are currently 0–2. The Tigers are led by third-years Alex Pintilie and Matthew Quammen who play both singles and doubles at the top of DePauw’s ladder.

Coe has a similar goal to the Maroons: remain undefeated. The 3–0 Kohawks will enter the match having only lost two individual matches this season. It should be noted that the Kohawks are also facing off against DePauw earlier Saturday afternoon, so the Maroons will be able to watch and scout out their opponents the morning of. Coe’s strongest player, playing both singles and doubles at the top of their ladder, is fourth-year Brady Anderson. Anderson was just named Iowa Intercollegiate Athletic Conference Player of the Week.

The women’s team for DePauw has yet to post a record this season since their matches thus far have been exclusively exhibition. That being said, they did play Xavier, a talented DI program, and hope to build upon a 15–7 season last year. The Tigers are led by second-year Meredith Breda, who was All-NCAC last year as a freshman. Giving some support to the underclassmen is standout fourth-year Alyssa Seneviratne, who joined Breda on the All-NCAC list.

The women’s team at Coe certainly does not have the same problem as DePauw—they will enter the competition with 11 matches under their belt. The team is currently 8–3 and has won their last five matches by impressive margins. The Kohawks are led by third-year Lauren French and fourth-years Haley Resnick and Lakyn Boltz—all of whom were lauded with all-league honors. French was named league MVP in addition to her all-league selection.

The Maroons could not have asked for a better start to the season and are extremely excited to add to their success this weekend.