"You Got Older" Gets What It's like to Be a Millenial 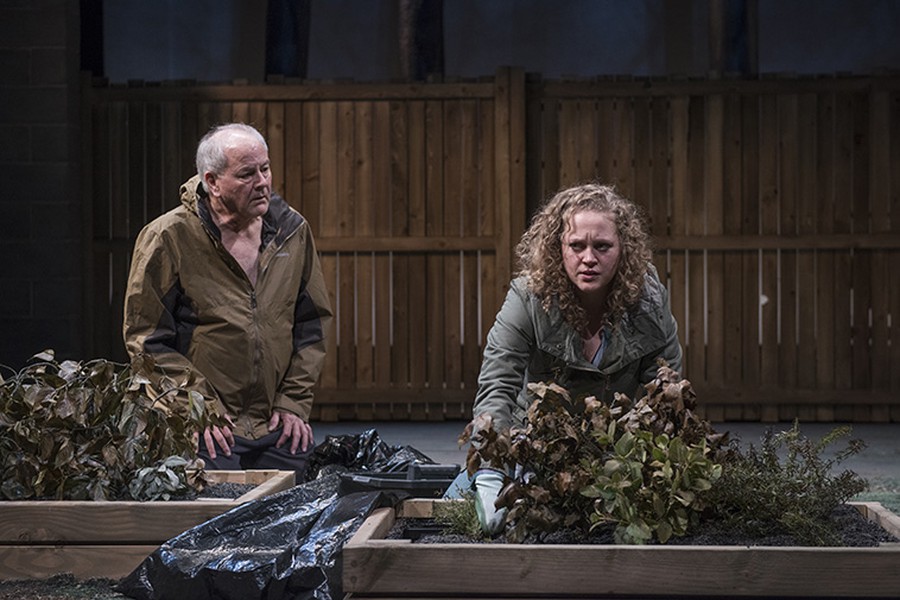 For many, a sense of helplessness pervades our generation: We are no closer to accessing what supposedly makes us happy—a meaningful job we like, a stable and emotionally fulfilling romantic relationship, family fondly celebrating our achievements. Clare Barron’s play, You Got Older, capitalizes on this moment now endemic to many adults’ lives but instead of showing how we fall apart, Barron deftly stages how we attempt to get our lives back together in the wake of tragedy, both banal and traumatic.

The play, produced by Steppenwolf Theatre and staged by Jonathan Berry, begins with small talk. Mae (played by the wildly entertaining Caroline Neff) attempts an awkward conversation with her father (Francis Guinan), discussing toothbrushes and her father’s new vegetable garden to avoid the elephant in the Northwest Pacific backyard. Mae has been laid off from her law firm in Minneapolis, her boyfriend dumped her, and her kindly father has been diagnosed with a particularly aggressive form of cancer.

Mae’s seemingly petty grievances surface in the course of the play: She hasn’t had sex in 41 days, she has a weird rash on her back, and a potential hook-up (Glenn Davis) mistakes her for her sister Hannah (Audrey Francis). But it becomes clearer and clearer that her fixation on her lack of a sexual life is tied to her fears about her father dying, and how she can’t do anything to help him. It makes sense, then, that Mae tries to find solace in a prolonged sexual daydream involving a stern, dominant cowboy (Gabriel Ruiz) who threatens to “obliterate her by fucking”: re-enacting moments of helplessness about her disintegrating life turns her on. A particular poignant moment ends with Mae attempting to orgasm in the dark, and instead finds herself weeping.

This play brilliantly brings forth the subtext found in conversations with close family members, and defuses moments that might be overly melodramatic with raunchy humor. In one perfectly written scene, which takes place when the siblings reunite at the hospital where Mae’s father is unconscious after surgery, the dialogue is full of witty banter about sex and body odor that balances the pathos in the room. (Hannah, in particular, makes the wise observation: “avocados and penises—you never know what you’re gonna get.”) The relationship between Mae and her dad is depicted with nuance and warmth, as both characters attempt to feel out new ways of interacting as adults on equal footing.

Despite the excellent performances of every Steppenwolf ensemble member in the show, nothing can really save drawn-out scenes. Most scenes took far too long for the pace to pick up, and even though the point of You Got Older is arguably that Mae finds her way back to some semblance of control in fits and starts and general petulance, the prolonged cowboy quasi-sex scenes often come off as self-indulgent. The play’s ending (involving a rendition of Kesha’s hit song “Timber”) is also a little odd given the turn toward even more pathos near the end, and it is unclear why Berry thought it necessary to add an intermission three-quarters through the play.

You Got Older movingly asks: How do you exercise control over facets of your life that refuse it? Mae’s confused but well-meaning disengagement speaks volumes about what answers there could be to this question under duress, and makes the play well worth seeing.

You Got Older is showing at Steppenwolf Theatre Company until March 11. Go to Steppenwolf.org  or call the box office at (312) 335–1650 for details and ticket pricing.