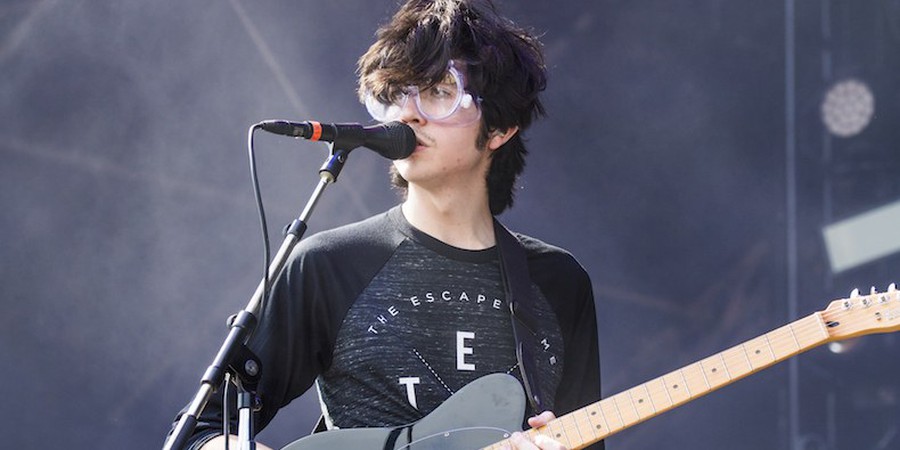 Will Toledo has been releasing music under the name Car Seat Headrest—which he chose because his first recordings were done in his car—for close to a decade now. What started as a lo-fi, one-man project on Bandcamp eventually evolved into a four-man rock band signed by a label. The group’s latest album, Twin Fantasy, sees it quite literally returning to its roots by completely re-recording and rewriting one of the band’s first and most popular Bandcamp albums. Though it incorporate many newer, more cleaned-up sounds, it stays true to its DIY aesthetic.

Compared to its previous album, Teens of Denial, Twin Fantasy is noisier, less melodic, and less cohesive. However, this is not a fault as much as it is a strength. While the songs sound messy and noisy, they are, in fact, thoughtfully assembled and work well as a whole.

The new album continues to touch upon many of the same themes as the band’s past work, such as sadness, youth, sexual confusion, drug use, and existential crises, but this time through the context of a failed relationship and its fallout.

It opens with the track “My Boy (Twin Fantasy)” which only has one short, repeated verse. This track perfectly sets the mood for the rest of the album, both thematically and stylistically. It begins with Toledo singing softly over jangly guitars and crescendos, culminating in a noisy collage of airy vocals and ringing guitars. The only verse on this song includes the line, “Somewhere down the line/ We won’t be alone,” introducing the loneliness and sadness that is present throughout the album, all the while holding onto hope for the future.

The next track, “Beach Life-in-Death,” is a tripartite 13-minute epic. The track more than justifies its length by keeping the lyrics interesting and frequently introducing new rhythms and melodies. It begins the motif of Toledo questioning what it means to be human and what he wants to accomplish in his life, which is seen in other tracks like “Nervous Young Inhumans,” “Cute Thing,” and “Famous Prophets (Stars).”

Whereas “Beach Life-in-Death” is long yet continually interesting, the album’s longest track, “Famous Prophets (Stars),” seems like the unrealized magnum opus of the album. Here, Toledo descends into existential ponderings and ends on a cryptic monologue regarding time and the fact that everything will eventually decay. Though this track is interesting at best, its 16-minute runtime feels like an eternity and its five-minute instrumental is boring. The track could have had the same effect while being half as long.

The middle of the album is a collection of melodic pop/rock tunes. These are the most fun and accessible songs on the album. “Sober to Death” is the catchiest, beautifully combining low-fi and pop elements as it handles depressing topics, such as loving a person that makes you miserable.

“Cute Thing” is the song on the album that is most similar to a standard rock song, complete with a distorted, heavily fuzzy guitar solo. This song also shows Toledo’s use of humor, when he sings about wanting “Frank Ocean’s voice” and “James Brown’s stage presence” in order to become a “rock god.” He goes on to incorporate the lyrics of “Ana Ng” by They Might Be Giants.

The album ends with the track “Twin Fantasy (Those Boys),” which seems like a continuation of the first track. He accepts that a world shared with his lover is just a fantasy, but does not necessarily give up hope for this. The only issues with the album were the monologues. Though they do add a bit more insight into the narrative behind the music, they end up feeling much too long and, occasionally, pretentious.

Car Seat Headrest has produced an excellent album that perfectly encompasses the fears that come with realizing the often-dark reality that is adulthood, while alluding to the singer’s hope for the future. The constant singing about menial tasks, as well as the very candid descriptions of drug use, sexuality, boredom, and everyday sadness make the songs relatable despite the strangeness of the music. Through all the noise and distortion, Twin Fantasy is a deep, enjoyable, and catchy pop/rock album that shows the band is continuing to grow, but determined to stick to its lo-fi roots.