Not Just Somebody That You Used to Know: Kimbra Brings "Primal Heart" to Chicago 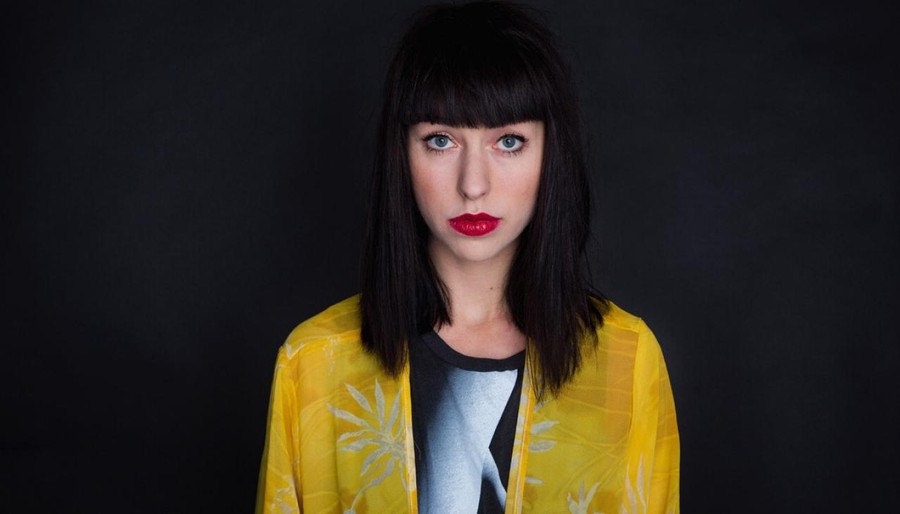 New Zealand pop singer Kimbra played at the Concord Music Hall this Saturday night. Who, you (rightfully) ask? Kimbra is better known as “that girl from the one Gotye song” (“Somebody that I Used to Know”). The singer is on tour in anticipation of her upcoming album, Primal Heart, a title that makes a promise on which Kimbra’s raw, powerful vocals and heavy subject matter partially deliver. Kimbra does not lack heart, but she is not so much “primal” as calculatedly lax. Her music, although hauntingly beautiful, does not push the envelope so much as give it a gentle nudge. Kimbra is, however, a phenomenal vocalist. While she might not quite keep company with the Lanas, Gagas, and Madonnas of the world, Kimbra packs a powerful punch with her combination of solid vocals and mellow, fantastical psychedelic pop instrumentals.

Arc Iris, a Providence, Rhode Island rock band, opened for Kimbra’s main act. Unabashedly strange, they perhaps delivered on Kimbra’s unfulfilled promise of edge. Bassist Max Johnson and pianist Zachary Tenorio-Miller, the instrumentalists of the trio, wore reflective, tacky-on-purpose baby blue silk shirts while frontwoman Jocie Adams fluttered around the stage in a bejeweled catsuit. In between numbers Adams performed a quasi-spoken-word-poem that seemed to be about New York sinking into the ocean (a climate change parable?). For their final number, Adams proclaimed, “this is a song about the first man who was genetically modified to be handsome.” His life is hard because people are jealous of him, she explained, and they call these people “piggies.” While they played this final number, people wearing enormous, grotesque foam pig masks danced about in front of the stage. It was truly surreal.

Following this, Kimbra’s show felt tamer. Her instrumentals were synth heavy and solidly electronic for the most part, and the electronic, trance-y vibe was all well and good, but it did feel as though Kimbra played slow-burner songs in too high a proportion to her real bops. Being a good artist is one thing; being a good live artist is decidedly another. Although Kimbra is wonderful at both, her music might not be as conducive to a live show as something more upbeat. Her show, however, was very visual and physical. The stage was dominated by two enormous, conjoined cubes of semi-transparent fabric. They were solid enough to take graphic projections, but sheer enough for Kimbra to somehow feel okay with hiding her backup instrumentalists behind a curtain. Which is to say not sheer enough. No matter their level of involvement in the creative process, they deserved to at least be visible, rather than tucked away like a pit orchestra in a theater. Kimbra commands major respect, but failing to introduce or even grant visibility to one’s backup instrumentalists is a statement about the level of respect one has for fellow artists.

Kimbra’s cameo on “Somebody that I Used to Know” is certainly what helped her gain recognition, but her musical career first started in 2007 when she caught the attention of Melbourne record label Form 5, who signed the singer. Under her given name, Kimbra Johnson, she released her first single, “Settle Down,” in 2005, and switched to Warner Bros. to release her first album, “Vows.” She has received numerous awards and recognition both for her early releases and for her collaboration with Gotye. What has Kimbra been up tosince Gotye has come and gone? She’s been garnering a fan base as the indie-dance-pop songstress she has become, it seems. Post-Gotye, Kimbra has released several popular singles and a second album called The Golden Echo. Her work seemed to have paid off: the venue was packed on Saturday night.

Despite her transgression in hiding her band, Kimbra’s show was enjoyable. Graphic visuals were projected onto two large cubes. During one song, “The Good War,” pink-and-blue polka-dotted grenades fell endlessly, then made way for an amorphous mass of purple guns. The metaphor was obvious, but the techno-trance aesthetic was nonetheless intriguing. Kimbra dressed for the occasion, in a long, flowy, geometric printed dress. With her lanky stature, long hair and bangs, she brought to mind a futuristic amazon warrior. She danced as if she felt that way too, at times “tutting,” a hip hop technique involving fast, robotic arm movements. She danced as though she had been taken over by the music. Maybe this is where her “Primal Heart” is supposed to surface. While her music could not really be called “primal,” her impressive vocals and, well, inspired dancing certainly can.