MØ “Gets it Right” with Cashmere Cat At The Vic 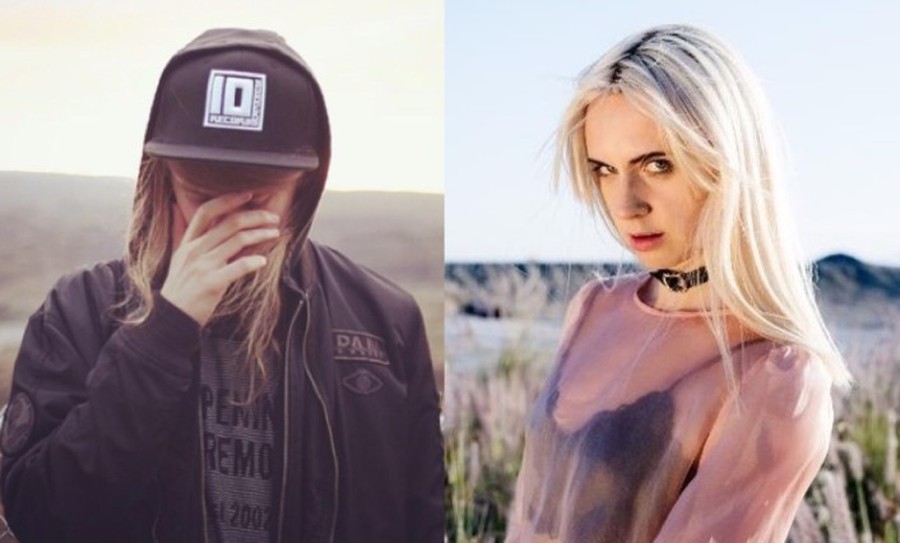 No venue is complete, in my opinion, without a giant disco ball. And no concert is truly an experience without the artist leaping into their crowd of adoring fans. MØ and Cashmere Cat co-headlined the MEØW tour at the Vic Theater last Thursday, delivering on both counts. With a disco ball reflecting a colorful light show and a tangible electro-pop energy in the air, it was a night full of spirited and carefree dancing.

The small Lakeview theater is adorably classic, with gold molding, balcony boxes, and a deep blue ceiling from which hangs the largest silver disco ball I’ve ever seen. The venue was comfortably packed for a Thursday night, full of Loyola University students and local hipsters.

Cashmere Cat opened the back to back performance. The 30-year-old Norwegian DJ sprinkled in his most recognizable tracks, such as “Miss You” and “Trust Nobody” to his abstract set, which largely consisted of him experimenting with beats and loops. MØ made an early appearance to sing “9 (After Coachella),” the most popular collaboration between the two artists. The song comes off Cashmere Cat’s debut studio album, 9, which came out last spring. The album won the Producer of the Year and Album of the Year at the 2017 Spellemannprisen, also known as the Norwegian Grammys. Despite not saying a single word the entire performance, Cashmere Cat got the crowd moving and vibing with his deep house beats and moody sound. But it was MØ, who came on after him, who really stole the show, as well as the hearts of everyone in the audience.

Once MØ began her performance, the stage became magnetic. The 29-year-old Danish electric indie-pop singer-songwriter, whose real name is Karen Marie Aagaard Ørsted Andersen, is a force of love and positive energy. With her blonde pixie cut and eccentrically wild dancing style, she embodies a fairy. And this fairy’s got moves. Whether performing one of her bops or one of her ballads, she created pure energy on stage. Frolicking with abandon, MØ seemed larger than life, easily overshadowing the keyboardist, drummer, and guitarist supporting her talented voice. She poured her heart out into the microphone and kept a beaming smile on her face the whole time. It was impossible for me to stop smiling as I watched her live her dream.

When MØ wasn’t dancing all over the stage, she was kneeling at the very front, holding hands with, and singing to, her starry-eyed front row. At one point, she lept the barrier, much to the horror of her security team, and actually stood in the middle of the crowd, which formed a reverent circle of snapchatters around her as she sang. She also ventured up into the balcony boxes to have mini dance parties with the people there. “Thank you Chicago! I love you Chicago!” she declared emphatically throughout the performance. From the screams and cheers that echoed back, it was clear that Chicago loved her too.

After almost 90 minutes of tireless performing, MØ and her band left the stage, but the crowd rousingly demanded an encore. They immediately obliged. Playing an indie pop cover of her collaboration with Snakehips called “Don’t Leave,” MØ slowed the mood down and signaled  the show was coming to an end; but before the energy entirely dissipated, she hit the crowd with “Final Song,” one of my personal favorites and one of her most danceable songs. The audience went wild at the first few bars of music. With everyone dancing and singing their hearts out, MØ threw herself into the audience and crowd-surfed out the last few choruses, to everyone’s delight. When she finally took her bow, the cheers nearly drowned out her goodbye.

The combination of Cashmere Cat’s deep moody beats and MØ’s bright energy made this concert experience both balanced and exhilarating. Both performers brought joy to their shared stage. MØ hasn’t released a full album since 2014, and I cannot wait for more new music from her strong, talented voice. The MEØW tour will continue to spread its energy across the Midwest and down the west coast throughout the rest of this month.