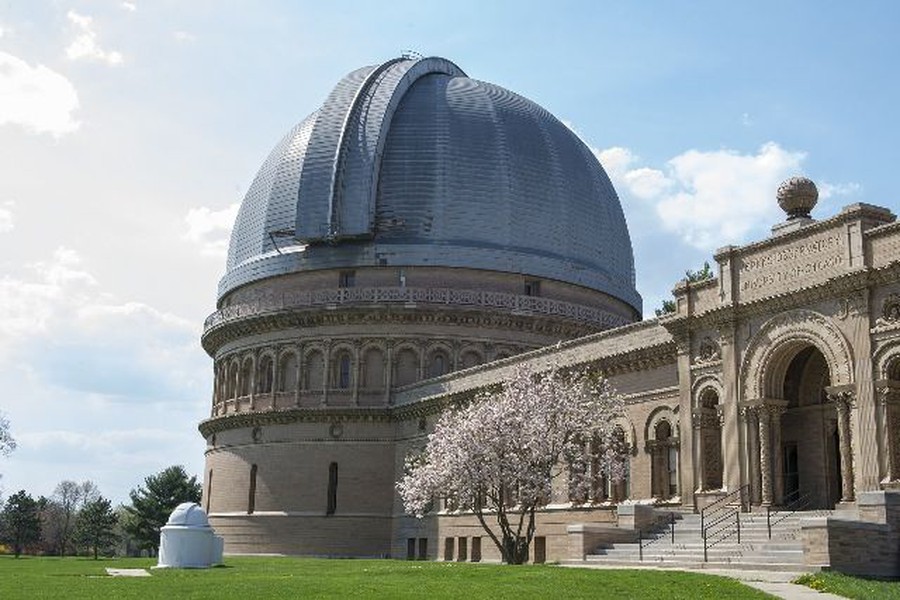 After over 120 years, the University will end its operations at the Yerkes Observatory, an astronomical observatory in Williams Bay, Wisconsin, that houses the biggest refracting telescope ever used.

The University announced on Wednesday that it intends to “wind down its activities [at the observatory]…over the next six months and to formally cease on-site operations by Oct. 1, 2018.”

During that period, it hopes to “engage with Yerkes staff and nearby communities, including the village of Williams Bay, in considering long-term plans for the property.”

The announcement cites many factors for causing the change, including cost efficiency, programming concerns, and the fact that the Yerkes facility “no longer contribute[s] directly to the research mission of the University.”

Educational programming currently held at Yerkes will be moved to Hyde Park.

“Science at Yerkes in the 20th century led to key discoveries and advances in the field of astronomy, when the observatory helped build the foundation for modern astrophysics,” Edward (Rocky) Kolb, dean of the Physical Sciences Division, told UChicago News. “We hope [the observatory] will become, in some form, a valuable resource to the surrounding community and visitors to the Lake Geneva area.”

Situated on Lake Geneva, the Yerkes Observatory has played an important role in research into cartography and star motion, as well as in the discovery of an atmosphere surrounding Titan, a moon of Saturn.

The observatory’s history began in 1892 after George Hale, a professor of astrophysics, crafted plans to build a 40-inch telescope. The observatory’s construction was then financed by railway mogul Charles Yerkes; it officially opened in 1897. 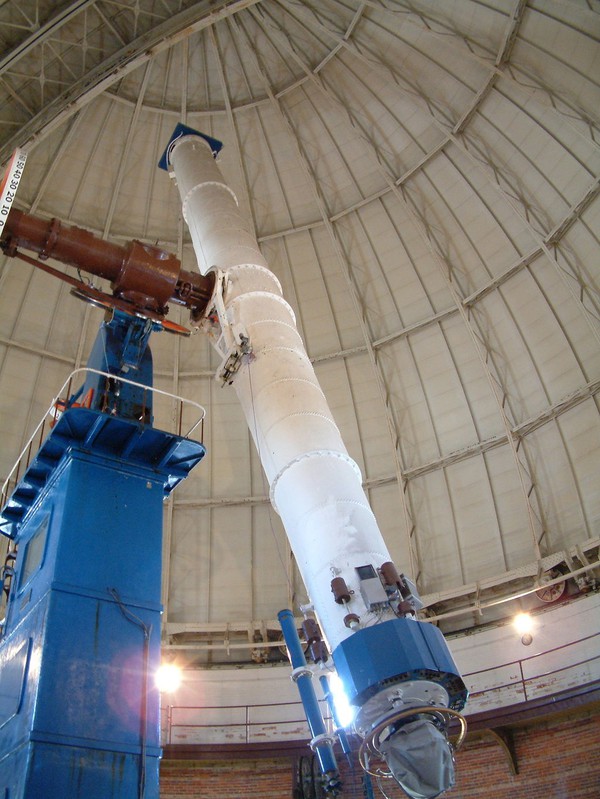 The 40-inch refracting telescope at Yerkes, the world's largest ever used for astronomy

The Chicago Tribune reported that the president of Williams Bay Village, Bill Duncan, voiced his hope that the observatory could be preserved.  He also told the Tribune: “I’ve been expecting [the closure] for years. But, it’s always a little surprising when they finally drop the hammer.”

Duncan expects University representatives to attend a March 19 village board meeting during which the observatory’s future will be discussed.

Yerkes’s fate as an important but increasingly outdated astronomical site has faced an uncertain future before.

A 2006 University news release indicated that it had reached “an agreement to permit Mirbeau Company owner Gary Dower to develop 45 acres of land near the 109-year-old Yerkes Observatory…in an arrangement that will preserve the observatory and its telescopes as an education center for astronomy.” Mirbeau Company is a hotel developer, and the deal would have included hotels and homes built on the land.

The deal, which was meant to secure a more stable financial future for the observatory, was later dropped after community backlash.

Several students expressed dismay over Wednesday’s announcement, with a group of astrophysics students tweeting with the hashtag #saveyerkes and drafting a statement sent to The Maroon on Thursday. The statement opposes the University’s decision, expressing “sincere concerns regarding the future of the observatory and the projects it has fostered.”

“Yerkes was one of the reasons I decided to attend the University of Chicago—I even wrote about it in my ‘Why UChicago?’ essay,” second-year and current Yerkes intern Katya Gozman said in the statement.

“I stumbled upon the field of astronomy and astrophysics in part thanks to a trip I took to the University of Chicago’s Yerkes Observatory, considered to be the birthplace of modern astronomy,” added Amanda Pagul (A.B. ’15), now a graduate student conducting astrophysics research at the University of California at Riverside. “After all, as a native of New York City, the closest thing I’d ever come to seeing a star was a helicopter.”

Gozman and a group of other second-years who interned at Yerkes last summer—Andrea Salazar, Ben Shafer, Kendall Mehling, and Sophia Vlahakis—also drafted a separate statement, which they said was read out at the observatory on Thursday by Yerkes intern and University of Wisconsin–Whitewater student Chris Mathews.

The statement calls the students’ experience at Yerkes “life-changing,” adding, “We became immersed in the unique culture of an observatory at work…. Each of us came away from the summer with a positive outlook, pride in what we had accomplished, and confidence in the direction of our careers going forward.” The statement also discusses the students’ continued engagement with Yerkes, including their trips back to the observatory for its educational programming, and highlights growing student interest in the internship and the observatory in general.

The students concluded their statement with a plea to the University to reconsider its decision. “Yerkes is a place where some of us got our first glimpses of what faraway galaxies and nebulas look like, and where we learned to operate telescopes ourselves,” the statement reads. “We feel the university is taking this opportunity from future students passionate about astronomy and astrophysics, who would benefit greatly from the experiences Yerkes Observatory has to offer.”

Daniel Fabrycky, associate professor in astronomy and astrophysics, remarked on the cancellation in an e-mail sent to the Ryerson Astronomical Society, a student astronomy club.

Fabrycky encouraged the Society’s members to take an active role in determining the future of Yerkes, saying, “Perhaps even some of you will volunteer to participate in this 6-month period of reckoning, in which everyone scrambles to preserve the intellectual history of the place…. More ambitious still, maybe some of you would take up the monumental task of determining a sustainable path for its future.”

Seeing Stars on the Shore of Lake Geneva: A History of Yerkes, the University's Moribund Observatory

After 120 years under UChicago’s purview, the University is set to end operations at Yerkes Observatory, though it hasn’t struck a deal to sell the land or facilities.