"Red Sparrow": Red-Hot or Up in Flames? 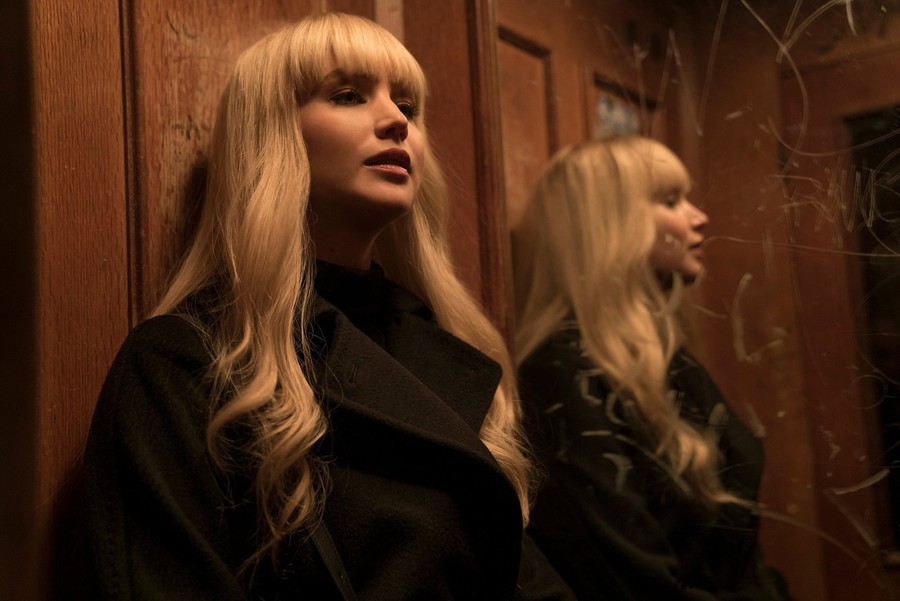 Set during the Cold War, Red Sparrow is a haunting story about a broken ballerina-turned-Soviet-spy who must choose between her love for her country and her love for an American agent. The film is based on a novel written by former CIA agent Jason Matthews and stars Jennifer Lawrence as Dominika Egorova. Dominika is a part of a government spy group called the “Sparrows,” made up of young women cultivated to become spies who use seduction and manipulation.

Directed by Francis Lawrence, who also directed three of the four Hunger Games films, the spy thriller certainly stands out for its cinematography. The most stunning shots of the film include an overhead shot of the city of London, a lone car in a valley of snow, and the framing of the airport runway at night.

The film also deserves praise for its actors’ performances. Matthias Schoenaerts’s character is so convincing in his manipulation of Jennifer Lawrence’s character that it is difficult not to feel repulsed by his actions. Jennifer Lawrence portrays Dominika with a quiet strength. Throughout the story, Dominika grows from an unassuming pawn in her uncle’s game to someone who takes control of her own narrative. In the film, Jennifer Lawrence demonstrates the cunning and clever mind games that Dominika plays with ease, revealing a new angle in her acting skills.

However, this film is not Francis Lawrence’s best. Red Sparrow reveals not only the manipulation and mind games agents use, but also the dirtier side of undercover work. It shows a different side to intelligence training, but the plot is a slow burn with the exception of sudden scenes of graphic violence and a few insinuations of incest thrown in. While Francis Lawrence’s goal is to portray the Sparrows as a group that empowers women through using sex and their bodies, this point fails to come across. Instead, the film’s nude scenes seem awkward and at times vulgar. There is no buildup for the shock factor of the nudity and extreme violence that take place in the film. Jennifer Lawrence’s character uses her body and the promise of sex to manipulate emotions and gain intel, but she does so in a way that has no empowering connotations.

The Sparrows’ use of their bodies to gain intelligence makes the act of sex feel insignificant and flippant in the film; it is perceived as a means to an end. While everyone places different values on sex, the casual way it is shown in relation to scenes of rape hints at the problematic nature of the Sparrow program. Instead of promoting female empowerment, Dominika’s sex scenes show an insensitivity to the emotional effect of her interactions with her targets.

Red Sparrow is a mixed bag. It’s not a film I would recommend, given the other powerhouses still in theaters, such as the widely acclaimed Black Panther. Regardless, I’ll allow you to form your own opinion on this film—after all, Red Sparrow is all about subjectivity.