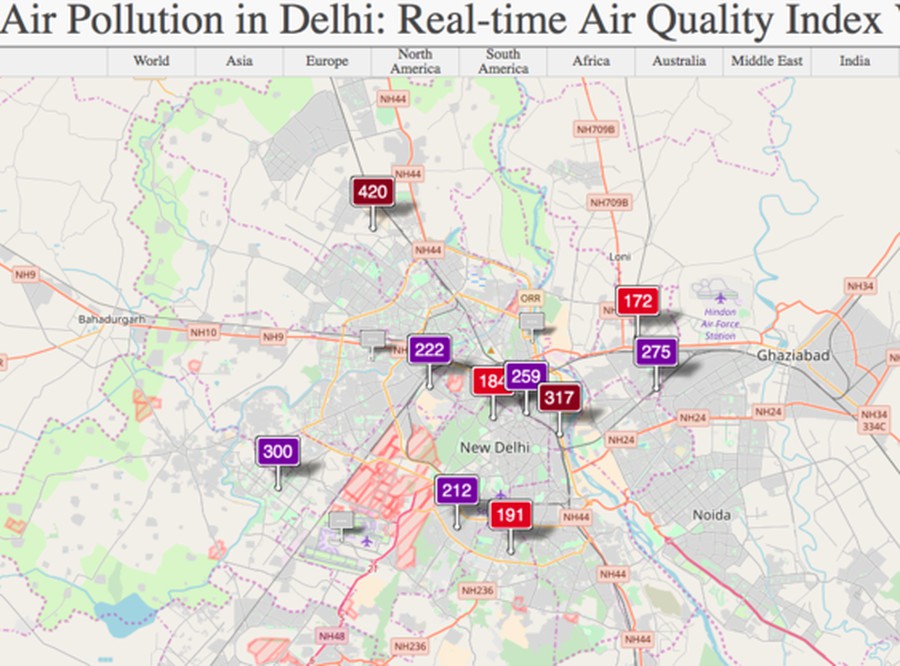 A team of UChicago students recently began pilot tests of an app, called Pavan, which will provide pollution alerts and guidance to people in India in order to combat the health effects of air contamination. According to the team, 50 participants across Delhi have signed up to receive alerts for monitoring local air pollution.

Unlike many online air pollution databases, the Pavan app will be free for smartphones and will provide users with steps they can take to improve their health. The app plans to alert users when air pollution levels reach dangerous limits and suggest various steps such as wearing a mask or staying indoors in order to minimize health risks.

Though the Indian government has received criticism for its lack of environmental oversight, Pavan hopes to pressure government action by spurring a grassroots movement which draws on individual activism.

“We’re acting as a catalyst to existing anti-pollution momentum,” Raju said. “We’re trying to make it easier for people to figure out what pollution is like and debunk the myths surrounding it.”

Datta said the team is also currently involved in other startup pitch competitions, adding that Pavan has received guidance from advisers at the University’s Polsky Center and from researchers at the University’s Energy Policy Institute branches in Chicago and New Delhi. “There’s been a lot of UChicago collaborations here.”

Though the team has been seeking investor support, they hope to keep their business venture second to their overall message.

“We’re not focusing on making money off of it more than our social impact. We will be sustainable and making money, but our main objective is helping people,” Gao said.

The Pavan team is currently encouraging new members from a variety of academic backgrounds to join.