The 57th Street staple Z&H is being converted to TrueNorth Café, a Chicago-based chain with one other location. 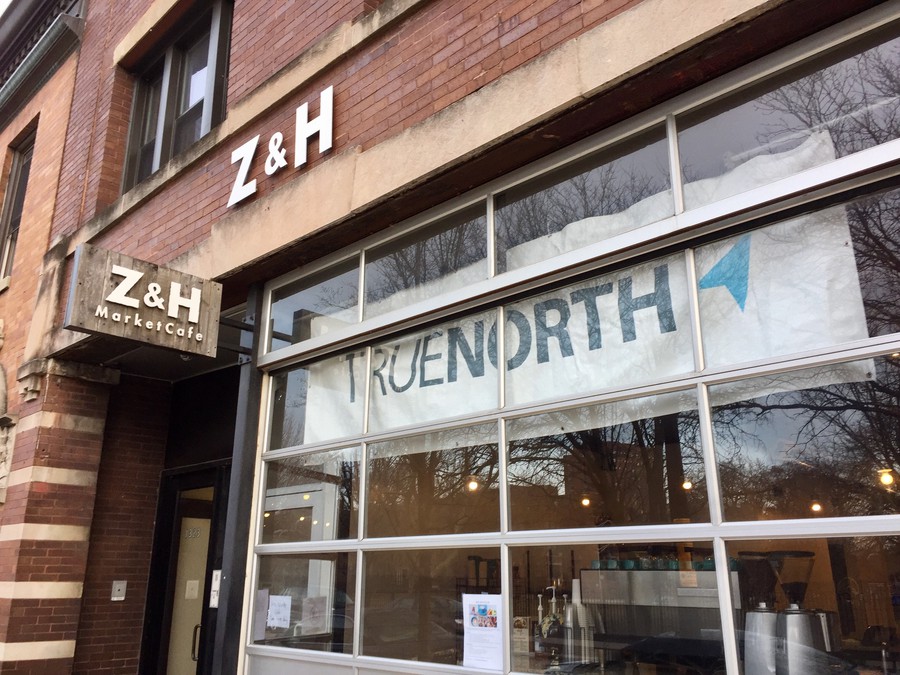 True North has taken over the old Z&H space, although the original sign still remains for now.

The East 57th Street staple Z&H has been converted to TrueNorth Café, a Chicago-based restaurant chain with one other Andersonville location.

According to Peters, TrueNorth is currently only adding staff and retained many Z&H workers. The hiring process will move forward as management reworks the space.

“We want new decor and seating that will be coming shortly.... We’re not really changing the menu—we’re improving it,” Peters said in an interview with The Maroon.  “We’re bringing back high quality ingredients, organic ingredients, local ingredients.”

“I think that Andersonville is actually very similar to Hyde Park,” he said. “The communities are the same in terms of their political attitudes, a lot of students [and] professor types.

TrueNorth will feature a full smoothie bar with a rotating selection of around six choices. Sandwiches, which were called paninis on the Z&H menu, will be called grilled cheeses and feature a broader selection of cheeses. The more classic sandwiches from Z&H will be kept on the new menu, although some will be cut if they are similar to other sandwiches being offered. Peters said that the café plans to offer more experimental items as well as dairy and gluten-free items.

The two co-owners have deep ties to Hyde Park. Casterline is a current medical school student and lives in Hyde Park with his wife, a fellow UChicago alum, according to Peters. Peters said he has dreamed of opening up a restaurant in the neighborhood since his college days.

“I graduated in 2010, and when I was at UChicago, there were so many fewer options than there are now. So even when I was in college I wanted to open up a restaurant or café in Hyde Park,” he said.

One of the first weeks that TrueNorth was in operation, Peters was working behind the counter when his first-year humanities professor, Armando Maggi, walked in and ordered a sandwich that Peters had planned to take off the menu.

After Peters introduced himself and confessed his plans, the sandwich was reborn—named after his professor.

“He ordered the Lil’ Smokey & O’Malley [sandwich],” he said. “I had planned on taking that one off the menu. I told him that’s fine, I’ll leave the sandwich on the menu and call it the ‘Gift of the Armando Maggi.’”

Peters hopes that TrueNorth will become a neighborhood hub.

“We have a real vision of what we want this to be. We don’t want it to look like something Aramark put together,” he said. “We want this to…feel more like a community space.”