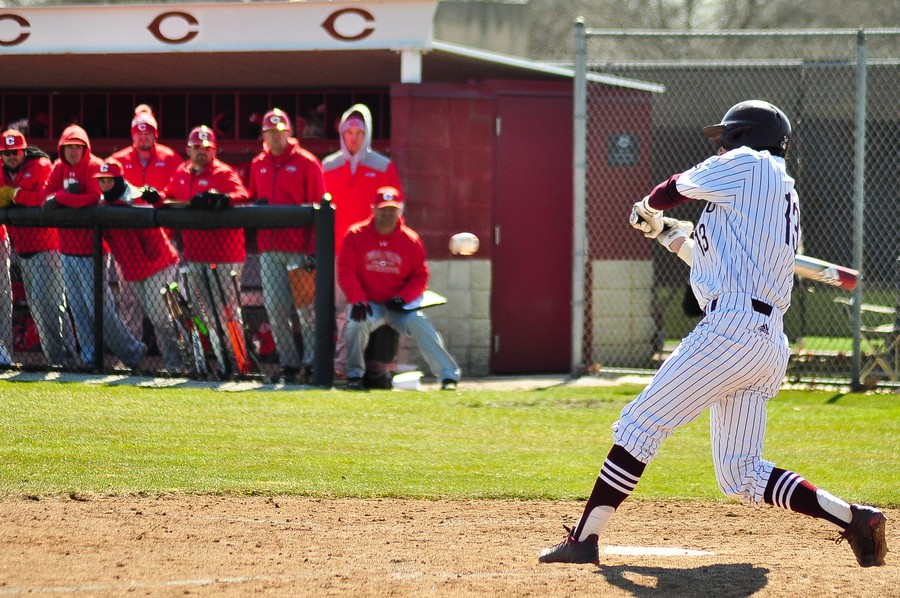 The University of Chicago baseball team had an outstanding set of games this past week, including wins against Beloit College, Central Iowa University, and the Illinois Institute of Technology. The Maroons are looking to continue their four-game winning streak and strong play this upcoming weekend on their home field. The squad will take on the Lions of Finlandia University on Friday, April 13 at 1 p.m. and 4 p.m., and Saturday, April 14 at 12 p.m. and 3 p.m. With some nice weather finally underway, the Maroons are in for a fun and exciting weekend.

The Lions have had a rough season thus far, with an overall record of 4–12 compared to the Maroons’ 13–7 record. The Maroons are not overlooking them, though, and are working hard in practice every day.

Third-year outfielder Connor Hickey commented on the upcoming weekend of games, “We have a lot of confidence going into this weekend, especially after the comeback win we had on Tuesday. We have an opportunity to really get this win streak going, and the team is definitely excited about that.”

Third-year infielder Max Brzostowski echoed his teammate’s sentiments. “We are feeling great going into this weekend,” he said. “Winning four games in a row is always a great feeling, but how we fought and grinded in those games is what we are really feeling great about.”

In addition to putting in work in practice, the Maroons are also looking to recover from injuries, especially with the long weekend ahead. “It is very important that we get healthy,” Hickey added. “We had a couple of injuries last week, and with so many games in so few days, it will be important for everybody to be feeling good physically.”

“With four games in two days, the whole team is going to need to be ready to compete,” first-year Jake Fauske said. “Everyone is working hard in practice, and we hope to see that pay off in the games this weekend.”

With so many games, it is essential that the Maroons keep up their enthusiasm and morale all weekend long. “We have a couple of guys on the team that can really turn up the energy when we need it, and we really feed off of them,” continued Hickey. “Hopefully we can continue that mentality into the weekend.”

“This team, even when things aren’t going our way, is able to make the adjustments necessary to win,” Brzostowski said. “At this point in the season, no matter who we are up against, we are going to compete every pitch and battle until the last out.”

Come out and support the Maroons this weekend, beginning at 1 p.m. on Friday, to see if they are able to continue their winning streak and reign victorious over the Finlandia Lions.