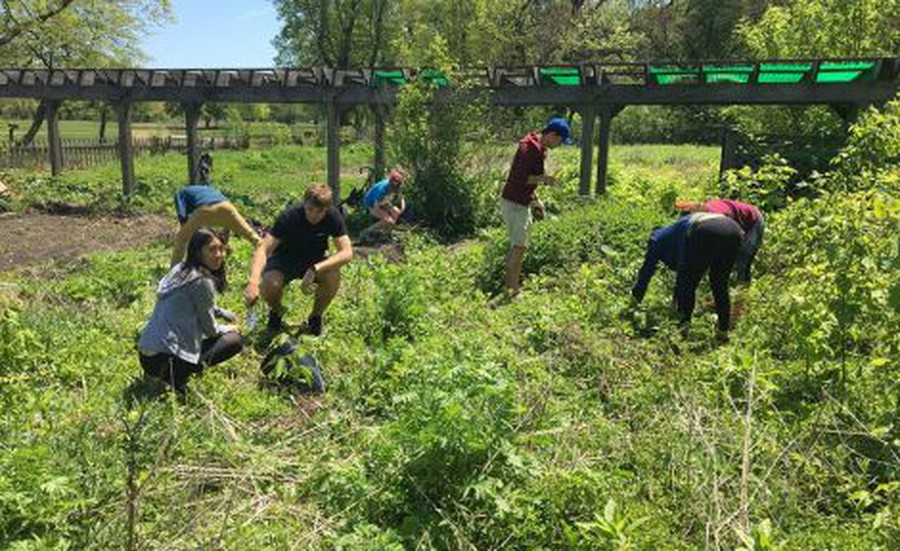 Members of Phoenix Farms tend to their garden in Jackson Park.

Phoenix Farms, a beekeeping and gardening RSO, has entered the final round of the Students with Drive Contest, a video submission competition sponsored by Zipcar and Ford for a grand prize worth $25,000.

Breaking down the award, the RSO is competing for the chance to win $10,000 for Phoenix Farms along with $10,000 for the school's scholarship fund and $5,000 in Zipcar credit.

The competition entry requires a video submission about how Zipcar and Ford can help the organization. The winner is determined through number of votes, views, and shares by people on social media as well as judges’ critiques. UChicago alum Mimi Wilcox (A.B. ’16) and Victor Tadashi Suarez filmed and directed the video for Phoenix Farms.

Last Friday, the RSO offered free honey samples at Reynolds Club to people who confirmed their vote for Phoenix Farms. Additionally, the club sold its harvested honey in glass and bear shaped jars. 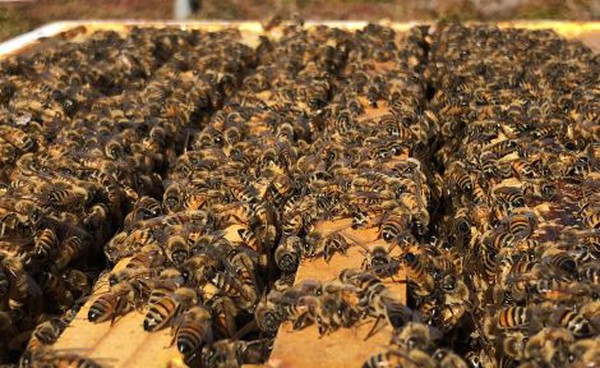 Phoenix Farms' beehives, located on the roof of Harper Court

“[I was] drawn to this organization because of the opportunity to literally get my hands dirty digging in the dirt and growing organic fruits and vegetables,” said Havlik, the head gardener. “It gives those students at UChicago who have never grown their own food an opportunity to understand agricultural and apiary dynamics.”

The University has been designated as a botanical garden by the American Public Garden Association since 1997. UChicago is one of the few colleges in the United States whose campus itself is considered a botanical garden or arboretum.

Last year, Phoenix Farms was selected to receive $1,500 from the Uncommon Fund. The club now has over 170 likes on its Facebook page, 12 active gardeners, and 15 active beekeepers.

The RSO is looking to increase its membership and is currently in the process of obtaining plots on campus to allow for easier access.