An anonymous witness said she saw the posters, and commented that “they were disturbing and violent, so everyone noticed.” 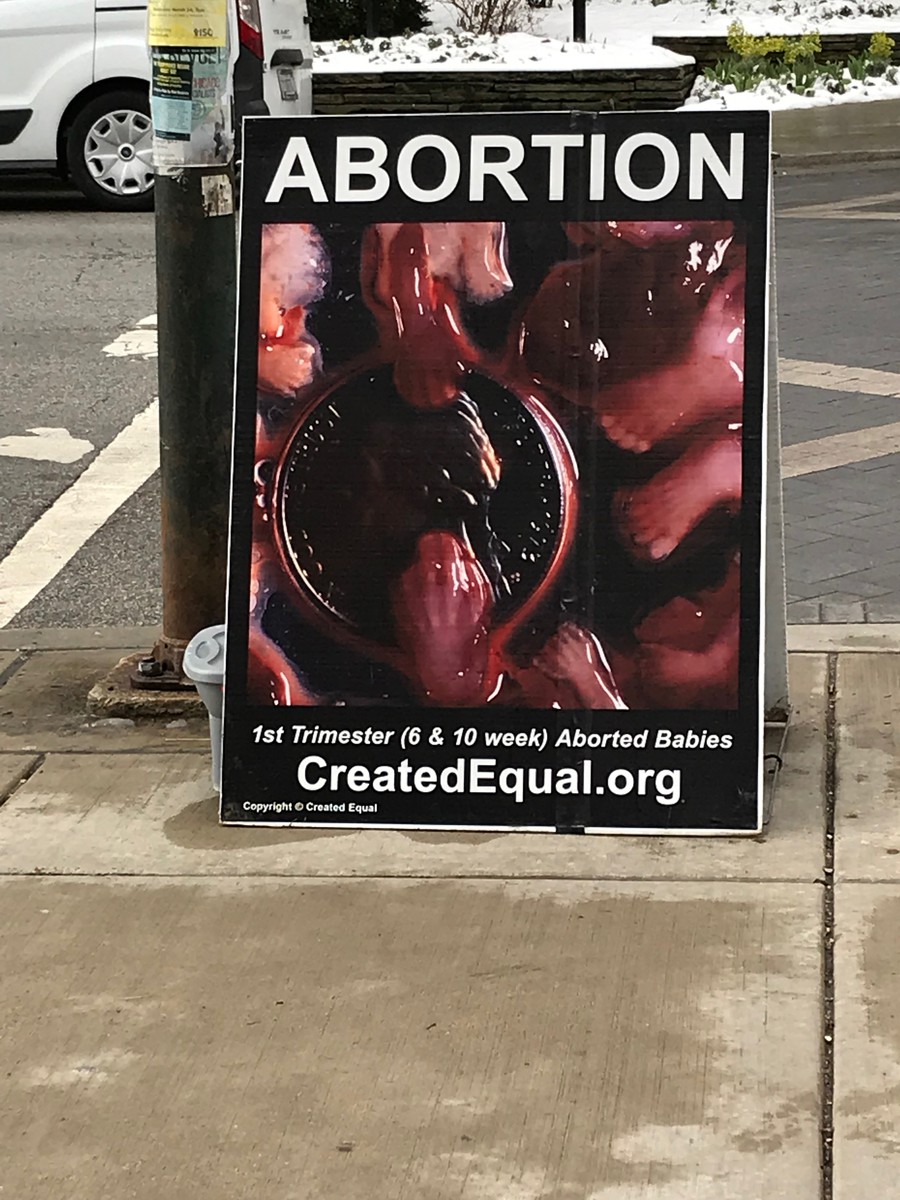 An anti-abortion poster displayed outside the Regenstein.

Last Monday, an anti-abortion group protested in front of the Regenstein Library and displayed graphic signs that depicted fetuses.

An anonymous witness said she “saw all these posters with images of unborn children” around 10:30 a.m. She commented that “they were disturbing and violent, so everyone noticed” and that she “personally did not like it because it was in the Main Quad, and [the image] was not something I would like to see in the morning.” The posters showed parts of fetuses overlaid on coins.

The protestors were holding posters and passing out flyers, according to the observer. She remarked that they seemed peaceful.

However, some witnesses on Facebook commented that the protesters asked questions to passersby as if to start an argument. In addition, an April 9 an anonymous post on UChicago Secrets mentioned that the anti-abortion protesters were wearing GoPro cameras, though their reason for doing so was unclear.

The Young Democratic Socialists of America, the International Socialist Organization, and the Project for Reproductive Freedom organized a counterprotest. According to one of the participants, “[they] came together ad hoc to stand for free, safe, and destigmatized abortion as well as to disrupt anti–reproductive freedom protesters with a different, less bloody form of speech.”