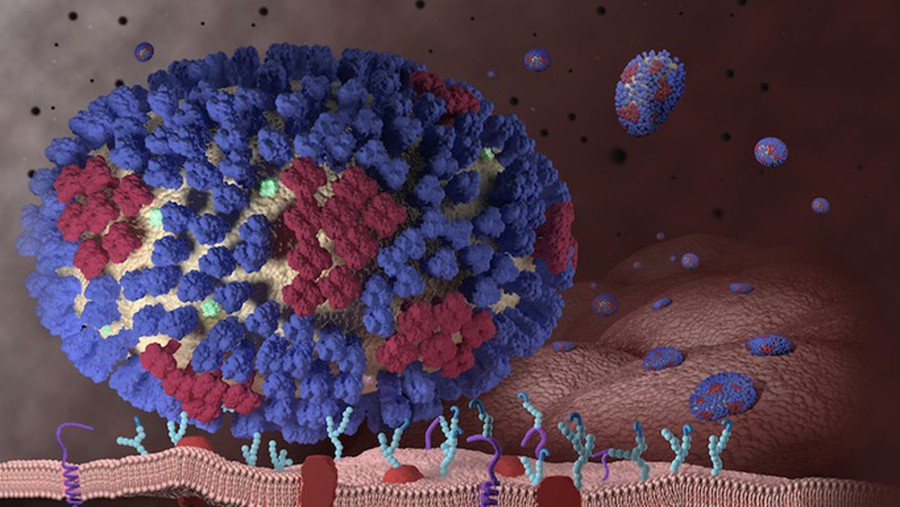 As part of the study, researchers created a library of 19,000 variations of human epithelial lung cells, each cell missing a different gene, to be inoculated with the flu virus.

Graduate student Julianna Han and her team of researchers in the microbiology department have located two genes shared in cells resistant to H5N1 flu—more commonly known as avian flu—revealing new explanations for how the flu infiltrates cells.

It is difficult to predict which flu strain will predominate from season to season, but new genetic screening tests are revealing fundamental cell mechanisms that lead to new flu treatments.

“The next wave of antiviral treatments will be in part directed toward the host, so our work helps us get a better understanding of what proteins and pathways are utilized by the influenza virus,” Han said in an interview with UChicago Medicine.

The study, published in Cell Reports, employed CRISPR-Cas9 gene editing tools to perform gene disruption and selectively disable specific genes. Researchers created a library of 19,000 variations of human epithelial lung cells, each cell missing a different gene, which could be inoculated with the H5N1 strain of the flu virus.

The cells underwent five rounds of exposure to the H5N1 virus and were then examined for survival. Cells surviving exposure to the virus indicated to researchers that the modification of the cell’s genome potentially enabled flu resistance. Genes not present in the surviving cells may have functions that enable the flu virus to infect the cell.

The first, SLC35A1, encodes a protein responsible for creating a cell surface receptor that allows the virus to attach itself to the cell. Elimination of this gene conferred H5N1 resistance, which researchers could readily explain as stemming from the virus’s inability to attach to the cell membrane and infect the cell.

The altered immune response in CIC-deficient cells warded off H5N1 from infecting the cells because genes normally regulated by CIC were able to respond to the virus and successfully defend the cell. CIC deletion is not a cure-all for the flu, however, as the researchers noted that the cell’s inability to turn off its immune response can be detrimental to surrounding cells.

CIC is a widely possessed gene with functional importance in several RNA viruses, including respiratory and non-respiratory viruses. Cancer cells have also been observed exploiting CIC into overexpression, thereby suppressing immune responses and allowing cancer cells to grow and spread.

Han said that her discovery of CIC’s ability to confer immunoresistance to H5N1 in modified human epithelial cells is a starting point from which she hopes to learn how CIC confronts regulation errors in cancer and autoimmune diseases.