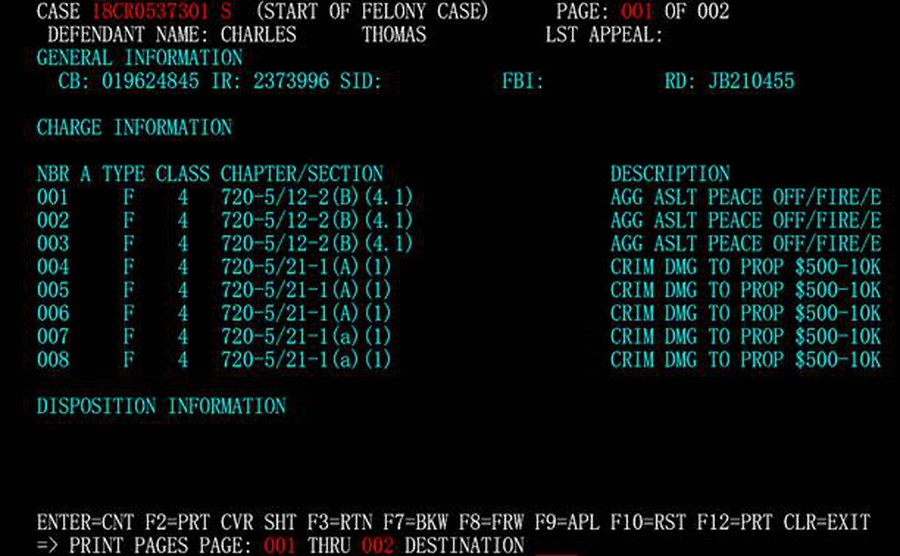 By Jade Yan   and Pete Grieve

Update: Charles Thomas appeared in court for the second time on Friday, April 27. Thomas was out of his sling, and appeared before the judge assigned to his case, Thomas V. Gainer. The trial date was set for June 6, 2018, at 9:30 a.m.

Charles Thomas, the student who was shot by a University of Chicago Police Department (UCPD) officer, is now facing eight felony charges—up from the three specified in the original indictment.

He is now being represented by Northwestern University Center for Criminal Defense Director Jeffrey Urdangen, who declined to comment on the case.

LeRoy K. Martin Jr., the presiding judge of Cook County’s criminal division, is overseeing the case. The next court date will be April 27.

Thomas’s first attorney, Steven Goldman, told the Chicago Tribune earlier this month that Thomas was not charging the officer but was trying to exit the alley to get away.

Body and dash camera footage of the incident shows UCPD officer Nicholas Twardak firing a single shot as Thomas moves toward the officer’s end of the alley of the 5300 block between Kimbark and Woodlawn. Thomas’s mother has explained that there is a history of bipolar disorder in their family and that Thomas was likely having a mental health episode.

Warning: This content may be disturbing to some viewers.

In the videos, Thomas carries a metal pole he had been using to smash car and building windows.

The Chicago Fire Department responded on Monday, April 23, to a public records request sent from The Maroon with an incident report, which shows that a fire engine from the 55th Street station was dispatched to provide first aid, arriving at 10:20 p.m on April 3.

The fire engine dispatch is timestamped 10:16 p.m. A University spokesperson said the shot was fired at 10:13 p.m.

The Office of Emergency Management denied a records request from The Maroon, stating that it is withholding 911 call recordings and dispatch information while the investigation is active.

The UChicago Socialists, a branch of the International Socialist Organization, will host an event on April 25 in response to the shooting.