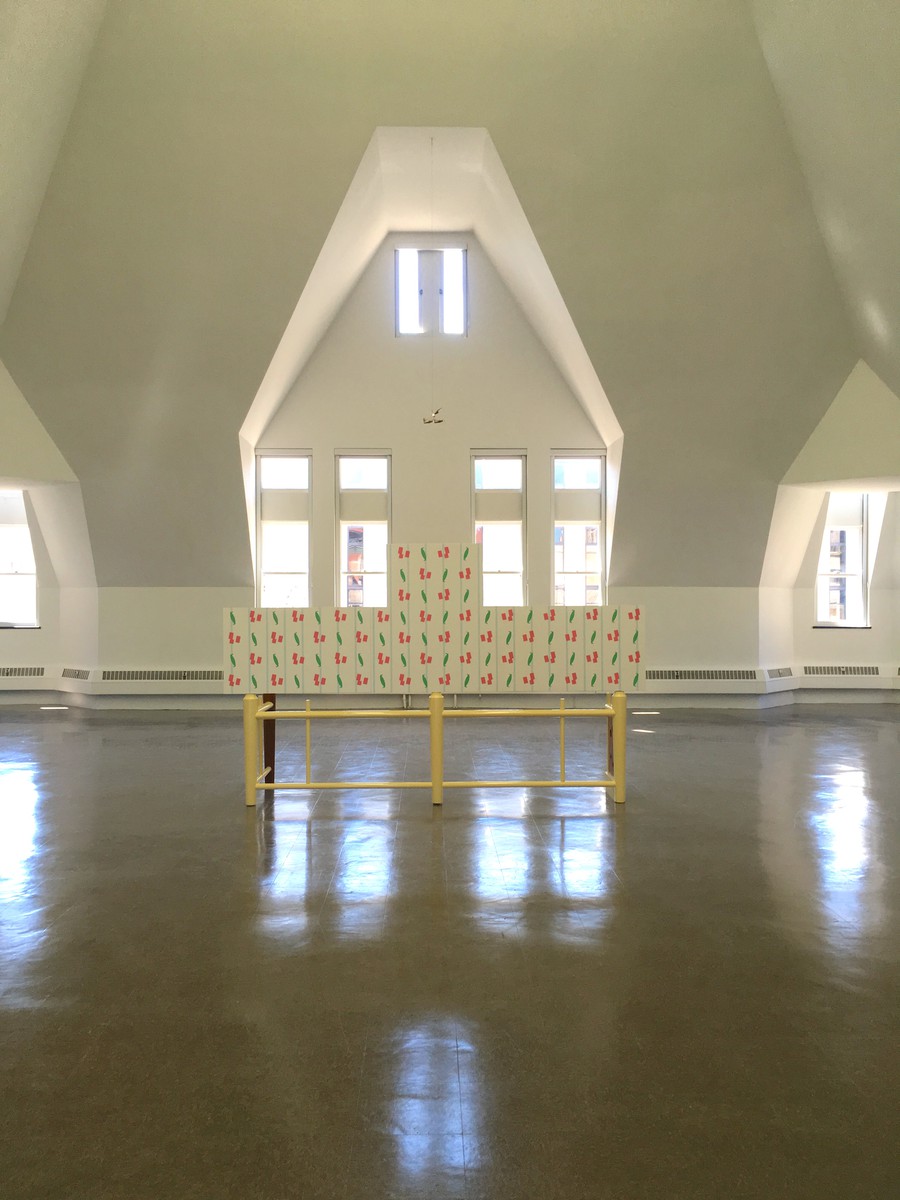 Upon seeing Richard Rezac’s work, you may be tempted to believe that he was born and raised inside Cobb Hall. In his solo exhibition, Address, his work seamlessly enters into dialogue with the Renaissance Society’s unique gallery space on the fourth floor of Cobb. Born in Lincoln, NE in 1952, he attended Pacific Northwest College of Art in Portland and the Maryland Institute College of Art in Baltimore before settling in Chicago in 1985. Since then, Rezac has held a professorship at the School of the Art Institute of Chicago.

The old maxim, “Those who can’t do, teach,” is far from the truth in Rezac’s case: his sculptures on display in Address are exciting and mystifying. According to the printed guide available at the gallery entrance, “Having seen numerous exhibitions here at the Renaissance Society over a 30-year period, [Rezac] was keenly aware of how much the architecture could change dramatically with each presentation.” Bearing this in mind, Rezac worked closely with curator Solveig Øvstebø to produce “a cohesive installation informed by and responding to the openness of the gallery. Each sculpture’s precise placement is the result of careful consideration of its own spatial requirements and the composition of various sightlines through the exhibition.” 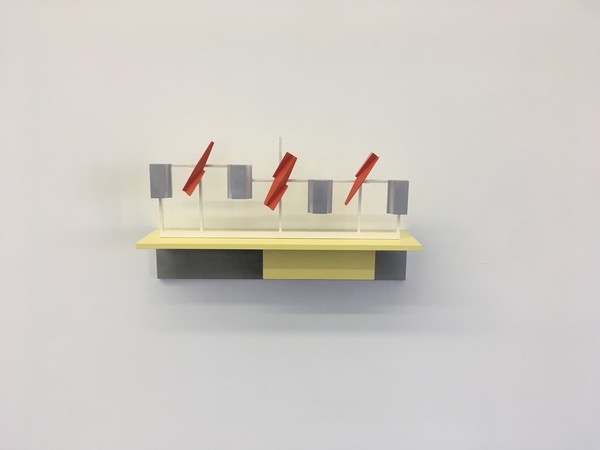 The exhibition’s title plays on this notion of site-specificity: “Address” can be taken in the sense that Rezac is addressing us, his audience, through his sculptural work, or in the sense that his work is tied to a particular geographic address—in this case, the open, multiplanar, high-ceiling space of the Ren.

Rezac draws on the traditions of Minimalism and Finish Fetish in exploring the aesthetic qualities of his sculptures’ materials and geometric forms. These qualities are inseparable from each sculpture’s setting and the viewer’s gaze. When looking straight-on at his sculpture “Quimby,” for example, one sees little more than a vertical line, ambiguously composed of wooden and metal rods, with a few odd protrusions resembling chair legs. But as one walks around “Quimby,” it explodes into a complex of Mondrian-like panels and polished wooden curvatures, echoing the windows and planes of the gallery wall behind it. 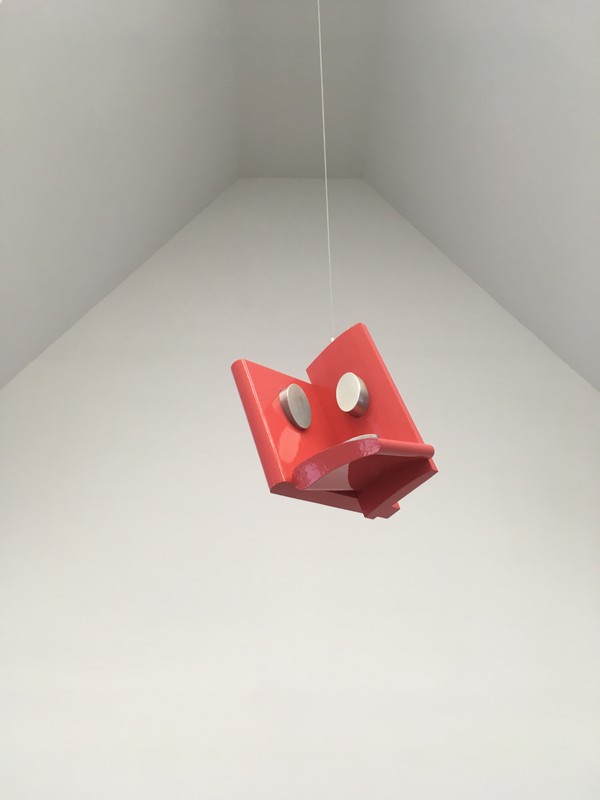 Some pieces, like “Untitled (Ren Screen),” were commissioned by the Ren and created directly in response to the nuances of the Ren’s gallery space. “Untitled (Ren Screen)” captures the triangularity and sense of ascendancy present in the gallery wall directly behind it. Light from nearby windows glints off of the slick, painted portions of the sculpture and brilliantly illuminates the beautiful patterns in the unpainted portion of natural cherrywood.

Other pieces, like “Untitled (05-07),” which is suspended from the ceiling just above “Untitled (Ren Screen),” were created by Rezac over a decade before Address, but still give the impression that Rezac had the idiosyncrasies of the Ren’s space in mind: “Untitled (05-07)” is an inscrutable arrangement of cast bronze cones, cylinders, and planes. From each angle, the light from the windows behind hits the sculpture differently, causing a variety of geometric forms to advance and recede as one walks around it. Its many lines and oblique angles are perfectly suited to the similarly composed gallery in which it hangs. Rezac invites the viewer to explore the gallery space through each sculpture.

Some of Rezac’s sculptures recall the shimmer of the Southern California sun through perfect, polished hot rods and smooth, shiny surfboards, which gave rise to a generation of Finish Fetish artists in the 1960s. Others confront us with the recalcitrant solidity of industrial-looking objects, while finding beauty in their material surfaces, just like the work produced around the same time by Minimalist artists. Some of Rezac’s sculptures, like “Tendril (Thomaskirche),” do both at once. But all of his pieces explore the relationships between the sculptural work, its setting, and the viewer. They are coy and enigmatic as they unfold before you, simultaneously open and resistant to interpretation. All, however, are a treat to the eye, and make for a truly special show at the Renaissance Society.

Address will be on view at the Renaissance Society, on the fourth floor of Cobb Hall, through June 17.