UChicago: No Place for People of Color

UChicago is not a safe space for students of color. 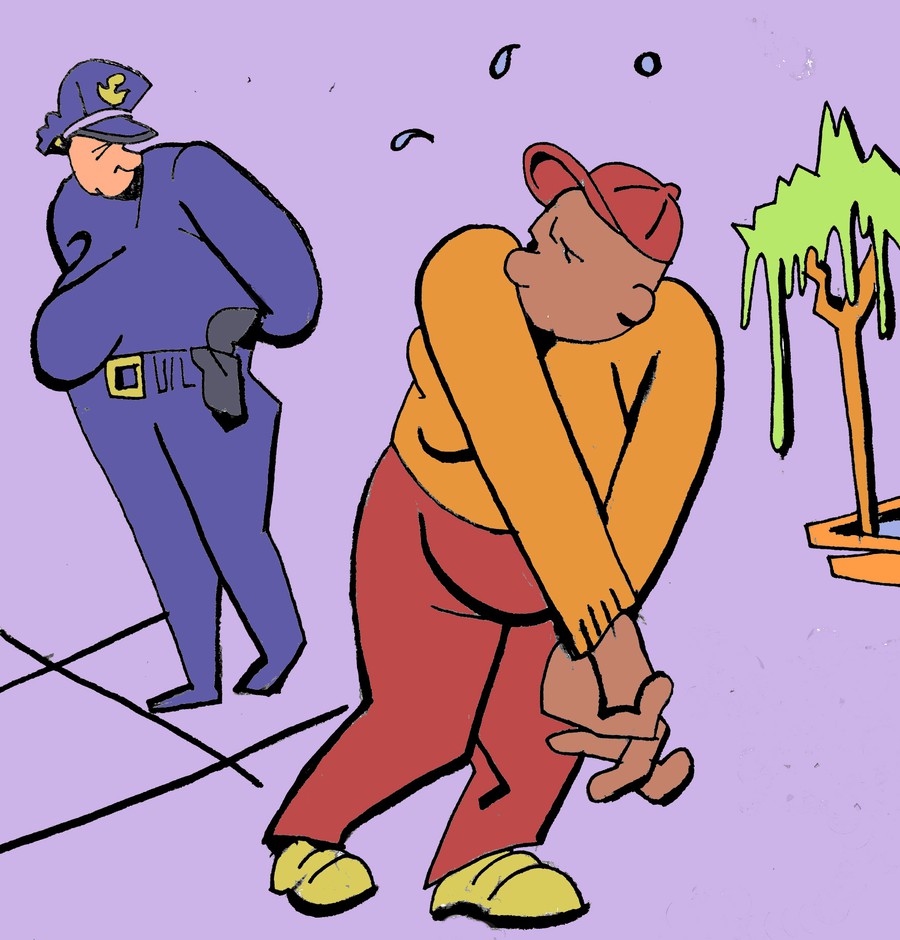 Prospective PoC (people of color) undergraduates: Don’t come to the University of Chicago. Last on the University administration’s list of priorities are the needs of students of color on campus. This is reflected in the lack of PoC faculty members, ineffective training of the UCPD on the administration’s part, and the University’s imbecilic stance on free speech. Over the last six quarters of being a PoC undergraduate at UChicago, I—along with a number of PoC students that I’ve met—have directly faced the consequences of administrative decisions that have supported the marginalization of PoC students. To better understand the treatment of people of color at UChicago, I interviewed three undergraduates about their experiences as PoCs on campus:

Second-year Adriana Gonzales gave a general account of her experience as a PoC: “I think it’s just really difficult to be in a predominantly white school where you have not only students, but even staff and faculty, making people of color feel uncomfortable, unwelcome, and disliked. You have people not receiving the refund checks they need to buy groceries, you have PoC being singled out or made to talk for their whole race or ethnicity in class, and anonymous racist posts coming out of pages like UChicago Secrets all the time while people cry out for their free speech and lack of safe spaces. Study abroad was plagued by the same kinds of incidents. The lack of diversity in our faculty is unacceptable, especially because I have had some of my most impressive, enriching classes with instructors of color, who are unafraid of having important conversations regarding race. I do not recommend this school to students of color that I know,” Gonzales said.

The composition of the University’s faculty is acutely homogenized. The “Final Report of the Diversity Advisory Council” of 2017 noted that only 6 percent of current faculty are from underrepresented minority (URM) groups (black, Hispanic, and Native American) and that the University’s ambition over the next decade would be to increase the number to 12 percent, “The goal would be to increase the percentage of URM faculty to 12 percent of total projected faculty, up from 6 percent as of 2016.” In comparison to peer institutions, the University’s demographic distribution over the past decade has fallen short: “The University’s demographic distribution lags behind many peer institutions. Despite stated commitment to encouraging diverse hiring of faculty, numbers of African-American and Hispanic faculty at the University have not increased over the past decade.” In particular, a problem with retention of PoC faculty is at issue, as there have been as many departures of prominent faculty members of color as there have been faculty members hired in the recruitment process, “including those of the first two African-American faculty members to serve as Divisional Deans, in 2008 and 2014.”

Not only this, but the University’s PCEP Fellowship Program (Provost’s Postdoctoral Fellows Program), which began in 2009 and “reflects the University of Chicago’s commitment to increasing the diversity of its faculty. This program provides up to two years of funding for the highest caliber junior scholars from diverse backgrounds, including historically underrepresented groups,” has not led to a substantial increase in PoC hires. “The PCEP Fellowship Program...has not led to appreciable increases in underrepresented hires.” The University is not alone. Peer institutions have shown similarly poor performance in hiring underrepresented faculty members: In 2014 Harvard’s faculty was composed of 5.6 percent URMs, Yale’s 6.4 percent, Princeton’s 5.8 percent, and UPenn’s 7 percent.

Third-year Allan Lake Jr. also reflected on the general experiences he has faced as a PoC on campus, “I have had my share of problematic concerns during my time here, including being mistaken for a resident of the neighborhood but not a student. Of being mistaken by teachers, peers, staff, etc. as another black student (who in many cases I don’t look like), a number of microaggressions and plenty of stereotyping. I have been asked for my student ID to prove that I am a student; it has been assumed I am up to no good for being out late, many times it’s with friends or leaving the library from an already long night,” Lake said.

Fourth-year, Alan Yang spoke about his reaction to the shooting of fourth-year PoC Charles Thomas: “I was horrified when I learned that Thomas was shot. Contextually, I believe that UCPD is a deeply problematic institution that systematically discriminates against African-American South Side residents. But I had never recalled a student ever being the target of a violent attack by the department—ever. I guess it should come as no surprise,” Yang said. UCPD has had a long history of targeting PoC students. The Diversity Advisory Council also reported cases of PoC student arrests on campus, which included, “the 2010 arrest of an African-American undergraduate on the A-Level Regenstein Library, for questionable causes,” and “the January 2013 arrest by campus police of an African-American Ph.D. candidate, along with three non-students, at a protect on UC Hospital property supporting extension of trauma care services.”

Personally, I am most perturbed by the administration’s spiel on free speech. I attended an open forum last month, in which President Robert Zimmer and Dean John Boyer participated in a moderated conversation with David Axelrod on the issue of free expression and open discourse on campus. The conversation was also conducted in light of an invitation sent from Booth professor Luigi Zingales to Steve Bannon to come speak at the University. At one point in the forum, Axelrod asked Zimmer point-blank, “You and I are both Jews. I’m trying to put myself in the shoes of the students who have come to me and said, ‘I feel personally, not just uncomfortable, but threatened to have people come on campus who espouse views that are fundamentally hostile to me on racial and ethnic terms,’ and there was a professor in Dallas who said, ‘I would have invited a young Adolf Hitler as well’ and that caused a lot of eyebrows to be raised and I’m thinking, if I were a student in his class in the 1930s or ’20s, how would I feel about that? And would I feel threatened by the rhetoric that essentially targeted me personally and my faith and my community as a part of that talk. So where does empathy play a role in this?”

Zimmer responded, “Yeah, I think there is no question that people are going to be faced with unpleasant people. Looking at these extreme cases are difficult, there’s no question…but who’s got control of what people say in the world? And we need to be prepared for this. And I think that it is part of the university’s obligations to help students with those difficulties. It’s not an easy thing, and I think the degree of empathy needs to come from a community that is supportive of people...but that it should not undermine our fundamental principle.”

The most frustrating aspect of Zimmer’s response is that perhaps for the privileged members of our society, inviting Bannon and giving a platform to ideals like his is what they consider to be an “intellectual debate.” But for marginalized people, this is not just a subject we read or hear about from an ideological open forum: It’s our lives. And students of color do not need more practice in discourse with “unpleasant people” to prepare us post-graduation. Marginalization because of our race is already a part of our material reality. If the University wants to help students of color, then our worthiness as human beings should not be put up for debate, lest we undermine UChicago’s principles for discourse. In the end, the administration has decided to prioritize a space for “hot takes” rather than the physical, mental, and emotional well-being of students of color on this campus.