The Storied Past of Harper Memorial Library

When Harper Memorial Library first opened, it was the main library at the University. Over one hundred years later, it serves an entirely different purpose. 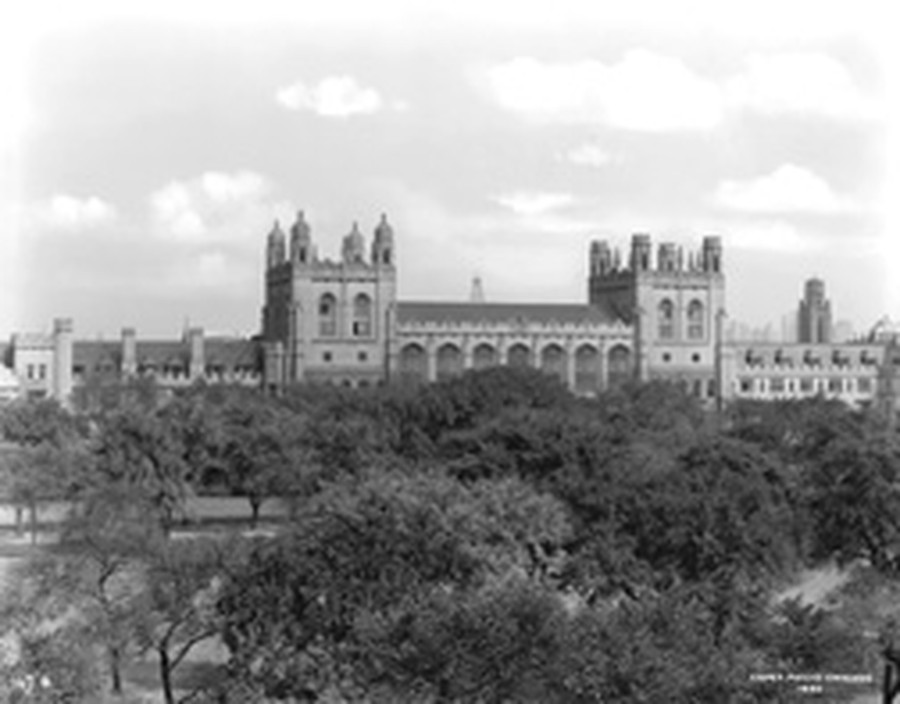 Each library on campus has its own distinct personality. They each come from different eras in the University’s history, are constructed in different architectural styles, and cater to various academic fields. One of the most famous and unique libraries on campus lacks something that is often considered necessary to what defines “libraries”: the presence of books.

Built in the early 1900s but designed to look like it came from the 1300s, Harper Memorial Library is now a popular study space, housing the third-floor reading room and Common Knowledge Café. But it wasn’t always this way.

Back in June 1912, it was the newest building on a new campus, and it would continue to serve as the University’s primary library until the Regenstein Library opened nearly 60 years later. 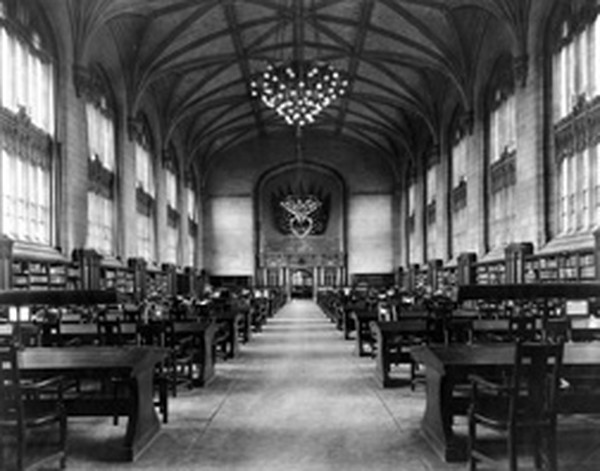 The interior of Harper Memorial Library, in 1939.

William Rainey Harper was a young Yale professor when he was offered the position as first president of the then-new University of Chicago. He held this role until his death on January 10, 1906 at the age of 49.

From his earliest days in office, Harper sought to turn the University into a world-class institution. Using his proficiency as a businessman and public speaker, he convinced patrons to donate to the University, and in turn offered large salaries to professors willing to work under newly formed departments.

“For Harper, in the ideal world every minute was accounted for, and no day properly concluded without a bounty of productive work,” Dean of the College John Boyer wrote in his 2015 book The University of Chicago: A History.

Unlike other universities in which departments and divisions arose independently of each other over time, Harper desired to create a more integrated academic atmosphere where each University branch interacted together in the pursuit of knowledge.

He sketched out elaborate plans for the University’s future—and among these was the idea of a vast and far-reaching library system.

According to University documents, the first library was a one-story temporary brick building which also housed the University of Chicago Press and gymnasium. It stood where Hutchinson Courtyard is currently located from 1892 to 1902.

In 1902, the library was moved to a building on the corner of 58th and Ellis, along with the Press. However, this space was inadequate, and at the time of his death, Harper was planning to build a large and permanent library.

“On the death of President Harper in January 1906, there was a widespread feeling that there should be erected on the main quadrangle some permanent and worthy memorial to its first president,” University documents say.

It was decided that a Library should be built in his memory. 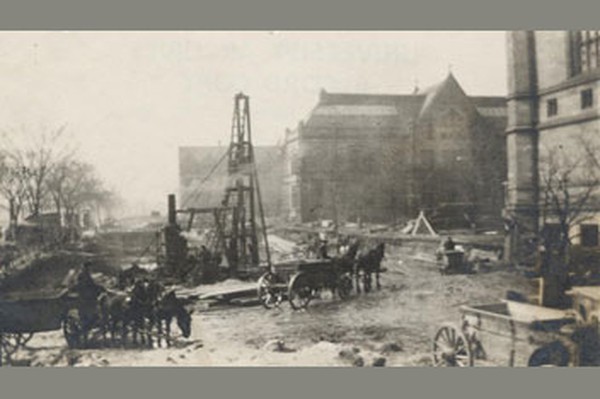 It was designed by the architectural group Shepley, Rutan, and Coolidge, who were already well known for their work on the Art Institute of Chicago and other campus buildings. John D. Rockefeller donated $800,000 and ground was broken on the fourth anniversary of Harper’s death. In June 1912, the William Rainey Harper Memorial Library opened for use.

Constructed in the collegiate gothic style and containing then-modern telephone lines and printers, the library was hailed as an architectural and technological marvel. Books from the old library building were moved to Harper, and it grew into an important study location for the young University. It connected to the main reading room of Stuart Hall, which then served as the Law School.

By the mid 1920s, Harper had become congested with books and archives, prompting the construction of Wieboldt Hall to its immediate west. Wieboldt contained several floors of bookstacks and connected Harper to the Classics building. It also resulted in a continuous line of gothic buildings across the southern half of the main quadrangle. 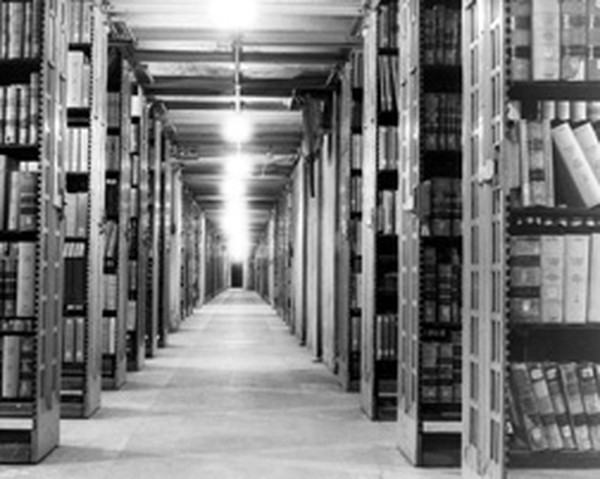 For the next several decades, Harper served a variety of purposes on campus. In addition to housing the main library, it contained dozens of offices, lecture halls, and study rooms. Exhibits, similar to those now organized by the Regenstein Special Collections, were also held in the library during this time.

As the University (and its collection of books) continued to grow, the demand for more book storage and study spaces grew too. With the University’s continuous growth and Harper nearing its capacity, it was decided in the mid 1960s that a new library should be built.

By 1970, the Regenstein Library opened, with enough space to store several million volumes.

Harper and Wieboldt were then renovated “to preserve their unique architecture and make them better able to meet the university’s growing needs,” according to University archives.

The buildings shifted away from being a library and study location towards being used as office and administrative spaces—a trend that would continue for almost four decades.

Harper was utilized less as time passed, and more books were moved to other libraries on campus. It also became less popular as a study destination and fell into disrepair—as shown by records from 1987 which reveal that the University had to replace the Library’s carpeting due to 55 cigarette burns that appeared over the course of winter quarter.

In response, the University cut off use of the library to Laboratory School students, whom they believed to be behind the vandalism.

Over the next 20 years, enrollment at the University continued to increase, but Harper remained an unpopular study destination. Demand for more study spaces grew, and partly in response to the construction of Renee Granville-Grossman Residential Commons, the University decided to further renovate Harper in 2008.

The renovations focused mostly on the Harper and Stuart Reading Rooms, which a University assessment described as “architectural gems” that were “underutilized and in need of significant physical improvement.”

In addition to laying new floors and installing more charger ports, the University redesigned the East Tower of Harper so that it could serve as Common Knowledge Café. The Harper and Stuart Reading Rooms were redesignated as the Arley D. Cathey Learning Center, after an alumnus donated $17 million.

The Learning Center now serves as a 24-hour study space, with tutoring and group studying held in Stuart, while independent studying is held in Harper.

After the renovations to the reading rooms, the lower floors and lecture halls were refurbished and redesigned.

The library is now a popular study destination with tour guides often calling it the “Hogwarts Room” of the University.

The Storied Past of the Regenstein Library

Since its construction in the 1960s, the Regenstein has been an institution on campus.