Sociology professor Forrest Stuart discussed his new book, Down, Out, and Under Arrest: Policing and Everyday Life in Skid Row. 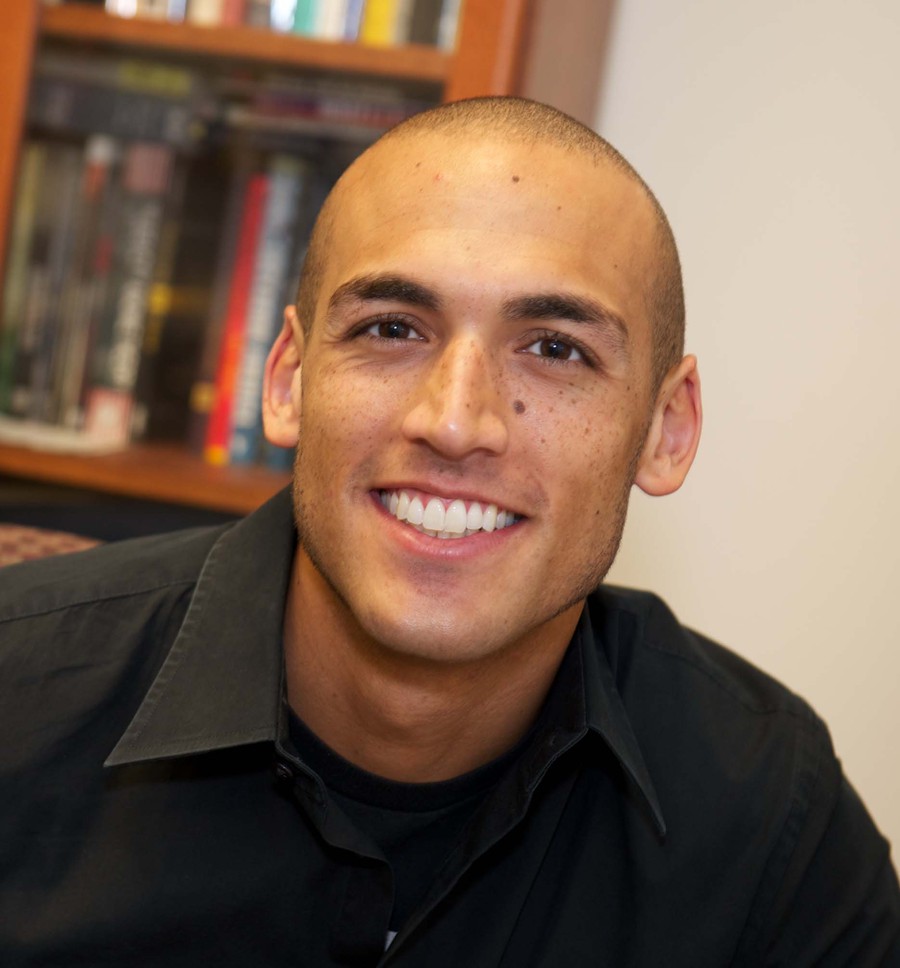 Forrest Stuart, a sociology professor here at the University since 2012, won the 2018 Gordon J. Laing prize for his new book, Down, Out, and Under Arrest: Policing and Everyday Life in Skid Row. According to the University’s website, the Laing prize is an annual honor awarded to faculty writers, editors, or translators for books which bring the University Press the “greatest distinction.”

The Maroon sat down with Stuart to discuss the findings of his book, what the Laing prize means to him, and his plans for a new trajectory of sociological research.

Tell me about Skid Row. What first drew your attention to the area?

Forrest Stuart (FS): For a long time, I was working in prisoners’ advocacy, doing pre-release services. I’d go into minimum-security prisons and help prisoners get access to services; doing stuff with resumes, bus passes, clothing, and family members. This was all part of my own recognition as an activist and a budding sociologist, that we [as a society] were doing something incorrect: We are quick to lock folks up, but we don't do a lot to reintegrate them into society.

Skid Row is the premier reentry community found anywhere in the country. This was ground zero for where we could see, in real time, the dilemmas and difficulties people had getting their lives back together after serious shock [like] incarceration. People would walk to Skid Row straight from jail.... They would catch a Greyhound bus from one of the various prisons that dot the California landscape.

Once I was there, the question expanded from prisoner reentry into testing the “American Bootstrap” story. If we are going to have this American story about, “Hey if you just work hard, no matter who you are, or what circumstances you’ve been under...just work hard, as hard as you can and you can pull yourself up by your bootstraps...." Well Skid Row was a beautiful place to put that to the test.

CM: Did it pass the test?

FS: No. And unsurprisingly so.

I found over and over again, people trying so hard, keeping their noses clean and going through all the services they were supposed to...and just these small, seemingly minute things would knock them back. [A] run-in with the criminal justice system, just a single stop with a police officer, would have a detrimental impact on poor people. For these folks, a littering ticket, sitting on the sidewalk, a misdemeanor arrest, these kinds of things would land people in jail or soak up all their resources.

CM: The book focuses on the relationship between the citizens and the police in Skid Row. Tell me more about that.

FS: What I found was that as Skid Row residents were going about their everyday lives, because they were so afraid of the police…they began living with an obsessive anticipation of what the police might do.

The point I’m trying to make in the book is that it’s that constant source of being watched and surveilled and potentially criminalized that leads people to do all kinds of different actions. It leads people to be less willing to engage with their neighbors in times of need. It leads people to be antagonistic to other people that they think might attract the police to them. [For instance] Los Angeles Municipal Code 41.18B says that it is against the law to sit on the sidewalk. So if a homeless man sits down on the sidewalk, people nearby might try to pick him up and take him away [to try to avoid drawing police attention to themselves].

I really want us to direct more academic attention to these kind[s] of issues, because I think we inaccurately assume that the consequences of criminal justice contact only come when someone is arrested, tried, found guilty, and sent off to prison. What we’ve missed is that someone doesn’t have to be incarcerated, found guilty or even go to court in order for the prospect of criminalization to change their lives for the worse.

CM: There is a big dichotomy in national discussions about punitive and rehabilitative methods of incarceration, and your book sort of explodes that dichotomy.

FS: This dichotomy that exists between rehabilitating people and punishing people—we tend to think that these two things can’t exist at the same time [but] I kept finding these instances in which they not only worked together, but worked in the service of each other.

The officers that I met that were going about Skid Row arresting people at historic rates were not the kind of people who were waking up every morning and saying, “I’m going to go and destroy as many poor people’s lives as I possibly can.” These are people who joined the force because they wanted to stop bad guys—because they wanted to save people.

In the book I write about one particular officer named Manny who is a military veteran, and in Skid Row there were a lot of military veterans. He looked out on Skid Row and was like, “Oh my gosh, here’s these guys, they’re like me. They are suffering from PTSD, they have served their country, and here they are killing themselves with drugs and alcohol.”

He would have rather had the welfare state step up or the VA [Veterans Affairs] step up, but he knew just like they knew [that] the VA wasn't really doing anything, so he did all he could.  He’d arrest them, he’d ticket them, he’d do all of these punitive things in the hopes that perhaps if you did it enough—if you put them into jail—maybe they would sober up.

So we had officers who were quite compassionate, but did not have the tools of compassion.... They wanted to rehabilitate people, but the only tools they had were punitive tools.

Then I scaled outward and saw the way that rehabilitation and punitiveness fused in terms of policy, [which] often happened at the organizational level.

If you’re a nonprofit organization, you’re operating in this environment of scarcity where there is not a whole lot of funding. Government agencies and philanthropic organizations that give you your funding want to see results—that you make sure people stay in your program [and] that you graduate a lot of people.

But one of the issues that they run into [while] being located on Skid Row is that people leave their programs. According to the social workers who worked in these programs…the temptations [on the sidewalks] were extreme, alluring, and seductive. They needed to find a way to stop people from [walking] out their doors and going back to their old ways. So what they did is they leaned on the police.

One of the crazy discoveries that I found was that many of our most punitive policing laws have often been written with the help of Social Service organizations, because even though they're doing rehabilitative work, [they] have a stake in making the police as punitive as possible. It's like they provide the carrot and the police provide the stick, and the carrot and the stick work together.

CM: How have policymakers responded to the evidence presented in the book that says that these programs aren't working? Have people responded to your book?

FS: Not as much as I would have liked. I had gotten word from some activist friends in Los Angeles that the mayor's office and the LAPD [Los Angeles Police Department] had formed a Down, Out, and Under Arrest book club and they were getting ready to read it. Unfortunately there hasn't been a large-scale change in the way in which the police are handling Skid Row.

I think I understand the dilemma [the police] are in—their aggressiveness, their presence out on the street, citing people, arresting people.... That’s the mayor's way to communicate to the rest of the public that they care about them.

CM: Tell me a bit about what it means to you to be winning this award.

FS: This award is probably one of the most significant moments of recognition in my entire career. For a long time I have been obsessed with the work that the University of Chicago Press has been putting out. I dreamt a long time ago of publishing with Doug Mitchell who has been the senior editor here at the University [Press] who steered all of my favorite works. I feel like I've gotten so much inspiration—intellectual, personal, professional—from [sociologists at] the University of Chicago even long before I was here...[so] winning this prize, be[ing] thought of as a book that that the University and University Press feels has distinguished itself…that is one of the greatest accomplishments that I've certainly ever had.

CM: What is it about the UChicago school of sociology that really drives you?

FS: Since the start of this department, the spirit of doing work in this Chicago sociology tradition was to get out of your office and get out of the Ivory Tower—to stop theorizing and pontificating on what might be happening in the real world, and to actually go and to actually get your hands dirty. The University of Chicago style has always been about doing this project in the very communities that are misrepresented and caricatured and exoticized.

I mentioned in my remarks at the Laing award reception that I had found this style at this really important time in my life when I was doing large-scale quantitative criminological analysis. There was something that was kind of stale and empty in those large datasets. There were no names, it was just aggregate numbers. [Then, I discovered the Chicago School when] I came across Gerald Suttles, his book The Social Order of the Slum, and I just fell in love with this model, and decided that I wanted to pursue this. Gerald Suttles had won this prize back in 1970, so for me to win [the Laing award] was this recognition that I was in fact successful in carrying on the legacy that Gerald Suttles and other folks in the department had started.

CM: What does the future hold for you?

FS: For me? Oh wow! One of the things that I’m taking really seriously is reinvigorating the Chicago School. Throughout the 20th century, this [university] was the epicenter, the heartbeat of sociology—and in particular urban ethnography. If you wanted to understand urban communities from the ground up in a sensitive, nuanced humanizing way, this was where you came. I want to bring that back…and I also want to bring it up to the 21st century—so thinking about ways that we can take that kind of classic tradition of ethnography and begin to link it up with new methods.