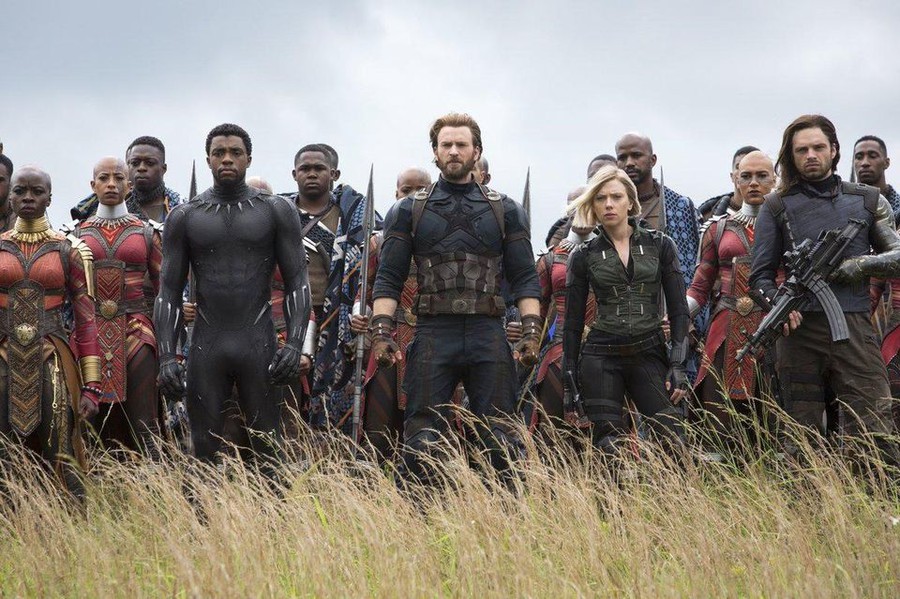 I remember watching the first Iron Man in theaters, almost exactly 10 years ago. At the time, Iron Man was not a mainstream figure, so my expectations were not too high. Like every kid who watched it, however, I came out of the theater a full-blown Iron Man fan; a single movie elevated a previously B-list superhero into the elite ranks of more popular characters like Spider-Man and the X-Men. Marvel Studios and Disney have been able to carry that success into the present, bringing together obscure and well-known Marvel characters to create a cinematic universe unrivaled in both the zeitgeist and the box office. The critical and financial success of the Marvel Cinematic Universe (MCU) is unprecedented in cinematic history, and whatever happens to it going forward sets an example that will impact the movie industry as a whole.

Long story short, Avengers: Infinity War, the latest movie directed by the Russo brothers (who previously directed Captain America: The Winter Soldier and Captain America: Civil War), has a lot riding on it. It’s the beginning of the end for this era of the MCU: It has the seemingly impossible task of doing justice to 18 movies’ worth of characters while simultaneously creating a coherent movie franchise. I am glad to say that the team at Marvel has more than lived up to these expectations, crafting an enjoyable action film that handles its narrative with respect and emotional maturity.

Its plot revolves around Thanos (Josh Brolin)—a character who was more behind the scenes in other Marvel movies—attempting to collect all six Infinity Stones. Doing so would give him almost unlimited power, with which he intends to wipe out half of the universe’s population. The Avengers, the Guardians of the Galaxy, and basically every other hero in the MCU must come together to stop him from doing so. This is a very simple premise. The success of Infinity War lies in the strength of its characters and the execution of its plot.

The execution of its story is incredibly well done. As the film proceeds, it introduces complications to the initial premise that keep it from drifting into a generic end-of-the-world plot. These complications are often surprisingly emotional; Infinity War is undoubtedly the darkest and most dramatic Marvel film to date. Thankfully, the writing team never forgets that they are writing a Marvel movie instead of a film from an incompetent comic-book movie studio, so there is a surprising amount of humor to break up the emotional scenes. They also respect the distinct writing and shooting styles of the movies from which the characters originate; the writing and introductory scenes featuring the Guardians of the Galaxy feel like James Gunn’s handiwork, whereas the Avengers scenes feel more like the Russo brothers’ movies (if more colorful and visually interesting). The merging of these different styles keeps Infinity War engaging throughout its lengthy 160-minute runtime without ever feeling too disjointed.

Thanos is the real standout among the characters, thanks to his fleshed-out motivations and relationships. This means that he never becomes just a giant walking doomsday plot device (see: Doomsday and Steppenwolf from one of the aforementioned incompetent comic-book movie studios). Like all the best villains, he believes he is the good guy, and you understand why he believes it. Of particular importance is his relationship with his stepdaughter, Gamora (Zoe Saldana). As a member of the Guardians of the Galaxy, Gamora grounds Thanos—a character who we really meet for the first time in this movie—with the better-known characters in the MCU. Both Brolin and Saldana demonstrate their emotional acting chops throughout the film, and they are able to credibly depict a complicated relationship that might otherwise come off as unbelievable.

Everyone else in the cast is great, too, as expected. The standouts from the returning cast were Tom Holland as Spider-Man and Chris Hemsworth as Thor. Both bring much-needed moments of levity to the film’s sometimes-grim plot, as well as expressive emotional outcries when necessary. That said, because of the balancing act the Russo brothers had to perform to include over 40 characters in a single feature-length film, some inevitably get less screen time than others. Without spoiling anything, there were a couple of characters in particular who fans might be disappointed to see do not have a bigger role in the movie.

Infinity War is a visually enthralling film supported by a villain with strong characterization and a large, well-balanced ensemble cast. I suspect even reviewing this film is unnecessary, since fans of the MCU will watch it regardless of any critic’s opinion. And, as the box office results show, the cinematic might of Disney is such that many people are interested in the MCU. If for some reason you are not one of those people, however, I think it goes without saying that this is not the film for you; you will be extremely confused since the film assumes you’ve at least somewhat followed the MCU. For the rest of us, especially those that have been watching since Iron Man, Infinity War lives up to the hype and provides an unexpected and thematically interesting conclusion to 10 years of the MCU.