A road trip to Luther College and Grinnell College resulted in a total of four wins for Chicago, boosting their season record. 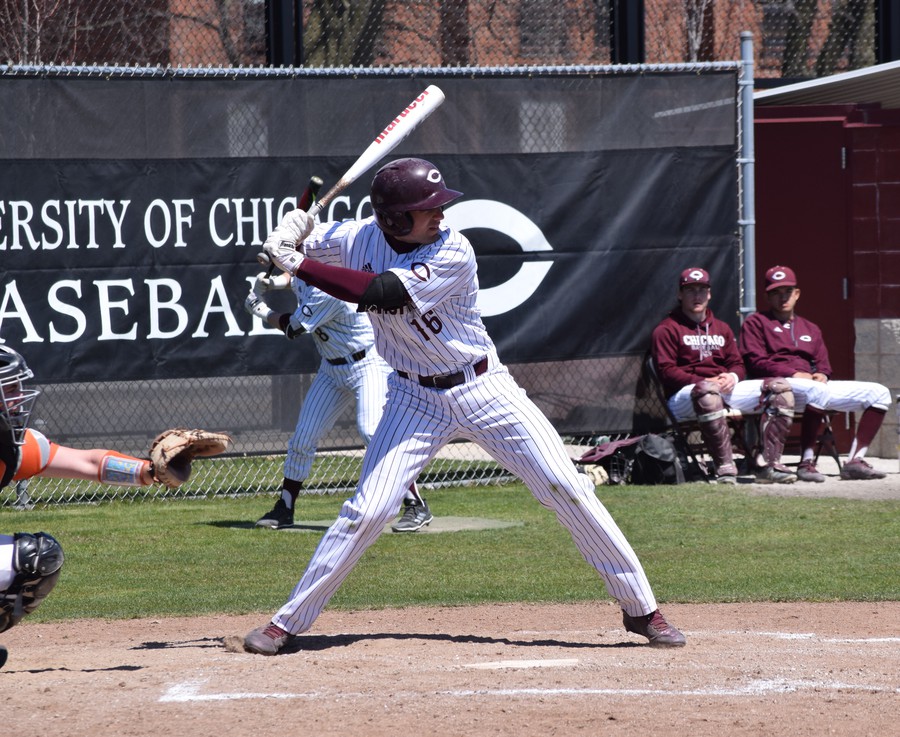 The University of Chicago men’s baseball team went on the road to Iowa against Luther College and Grinnell College and came back to the Windy City with four more wins on the season. Chicago’s hot streak continued as they record wins in 10 out of their last 12 contests with only three games remaining. The Maroons have also tied the record for most single season wins with 26. The remaining three games on the schedule are against UAA foe Case Western University. With a strong showing in Cleveland, the Maroons may qualify for the NCAA DIII baseball playoffs.

UChicago worked quickly and efficiently to put away Luther College in the first game of the four-game road swing. Third-year starting pitcher Brenton Villasenor twirled a gem which shut out the Norsemen over seven innings. Villasenor struck out eight batters while only allowing four hits. Behind the plate, UChicago put up seven on the board in the first inning. A double by third-year Josh Parks, and singles by second-years Payton Jancsy and Drew Ventrelle kept the rally going. After a squeeze bunt by first-year Brian Lyle and an RBI single by fourth-year Max Larsen, the Maroons had tallied seven runs in just the first inning. From there, Chicago coasted to a 10–0 victory.

Next, the Maroons squared off against Grinnell College for the first game of a three-game series. In a small park, the Maroons hit the cover off of the ball.  They began the game with Larsen homering on the first pitch of the game. The Maroons tacked on six more runs in the third inning to increase the lead to 7–0. Grinnell answered the rally with back-to-back solo blasts in the fourth inning. However, third-year ace Ravi Bakhai came into the game in the sixth inning and threw a one-hitter while fanning six Grinnell batters en route to an 11–3 victory.

On Sunday, UChicago again took on Grinnell College. Again, the Maroon bats helped carry the day. In the first game, the offense got on the board early and first-year David Clarke shut the door to pull out a close 5–4 win. With the save, Clarke set a new single-season record for saves with his seventh. Second-year pitcher Patrick Rogers touched on the new record by saying, “We as a pitching staff are all really proud of him. Even as a first-year, he competes like no one else. He plays with a ton of grit and thrives under pressure.” Lyle commented on the record by his fellow first-year by noting, “It’s awesome that he’s done this as just a first-year, but I can’t wait to see him break more records.”

The Maroons finished their four-game road swing with a massive 19–9 win. By adding 10 runs in the sixth inning, Chicago blew open what was a very close game. Parks kicked off the rally with a two-RBI double. He was followed by fellow third-year Brady Sarkon who smacked a two-RBI single. The Maroons continued their rally and batted all the way around in their lineup with Parks capping the rally with an RBI sacrifice fly to give the Maroons a commanding 17–5 lead in route to the 19–9 victory.

Chicago takes its show in the road again this weekend with a trip to Cleveland against Case Western Reserve University for a three-game series.