Fourth-Year Student Expelled for Sexual Assault a Week Before Graduation 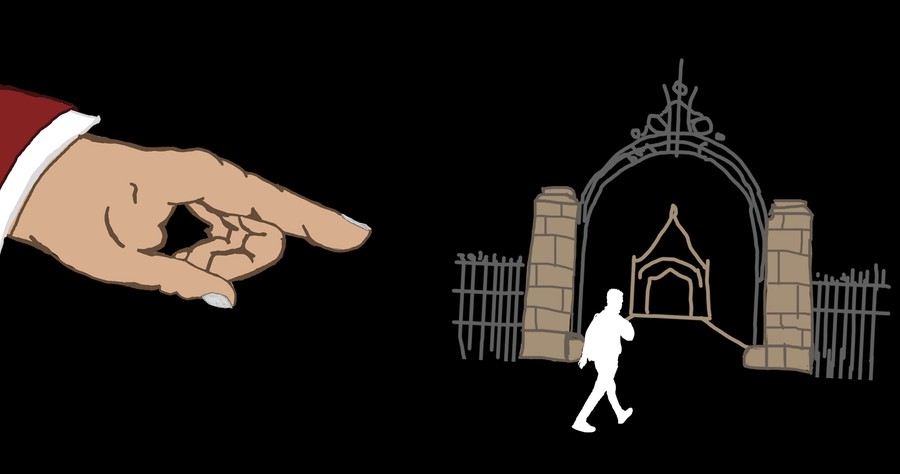 Mentions of sexual misconduct in this story may be disturbing.

The University of Chicago earlier this month expelled a fourth-year student who verbally abused and sexually assaulted a female student. The student was a member of the Sigma Chi fraternity.

The fourth-year perpetrator, whose name The Maroon has chosen to withhold at the request of the victim, was expelled on June 2, just a week before his expected graduation. The University-wide Student Disciplinary Committee very rarely expels students accused of sexual misconduct, even when they are found responsible, which suggests that the evidence against him was stronger than in most cases. Still, he claimed to The Maroon that the allegations against him are false, and he is appealing the decision.

The female student who brought the case said that she felt the expulsion was “the appropriate outcome.”

The two students began dating during the fall quarter of 2017, when he was beginning his fourth year. She said that after they broke up—ending a physically and emotionally abusive relationship—he assaulted her.

After the relationship ended, she said, she realized his behavior had been abusive.

“A lot of people have this idea that an abusive relationship is—you’re throwing punches at the other person. But there’s a lot more to it. You can have emotional abuse, verbal abuse,” she said.

She said that attending a Panhellenic Council workshop—a film screening and discussion on relationship violence—was “eye-opening,” confirming for her that she had been involved in an abusive relationship. Realizing this, she resolved to “move on” and put the experience behind her.

At first, during the beginning of winter quarter, everything seemed fine. Then, one night he assaulted her when she was intoxicated, she said.

“I had gone to a party, had a lot to drink, and he took advantage of me. And after that, I was very much shaken up by it. It really affected me like nothing else in my life really had before. And then, it got worse because afterward, he was texting me, wanting to hang out again. And I said no because I was like, ‘I really don’t want to see you anymore, it makes me uncomfortable.’ And he started saying a lot of really mean and hateful and nasty things to me, and that’s kind of where I got to the point where I was like, ‘This isn’t something I can deal with on my own.’”

She called the Sexual Assault Dean on Call, and was given an appointment to meet the following day with Deputy Title IX Coordinator Shea Wolfe.

The meeting occurred near the end of winter quarter, shortly before spring break, when she planned to visit Mexico with friends. Early in winter quarter, she had learned that the perpetrator belatedly joined a trip planned by several Sigma Chi brothers to visit the same city and stay at the same hotel where she and her friends would be staying.

She expressed her concern to Wolfe over his decision to book a room in the hotel she had chosen.

At the end of the meeting, she obtained a “no contact” directive, an order stating that neither party could communicate with the other.

While the perpetrator technically abided by the terms of the no contact directive over spring break, she said “it was a very, very weird” environment.

“I was uncomfortable by his actions a lot of the time—even with this no contact directive. It just always felt like he was kind of trying to be as present in my trip as he could, without directly contacting me.”

After returning to campus for spring quarter, she met with Associate Dean of Students in the University for Disciplinary Affairs Jeremy Inabinet, who helped her move forward with the disciplinary proceeding.

She said that, although the decision to go through the disciplinary system and retell her story was difficult, she ultimately decided to pursue the case because he seemed to show no remorse for his misconduct.

“The thing that was sticking with me was that even after all of this, he didn’t think that anything he had done was wrong,” she said. “You know, everything that happened—that was in the past. And I can’t change that. But I can try and prevent this from happening in the future, with someone else.”

She said that throughout the process she felt that she was “heard” by administrators.

“I had a very, very good experience in my proceedings,” she said, encouraging other students who have struggled with abusive relationships to have faith that things can go well with the reporting process.

“I felt very listened to at all times,” she said. “I felt like they were doing everything they could to help me and to protect me.”

She says she was also satisfied with how the Sigma Chi chapter responded. Soon after she brought a disciplinary proceeding, she learned that the fraternity had heard about the case and had placed him on an indefinite suspension, pending the outcome of the case. He was suspended from the chapter for most of spring, and automatically expelled from the chapter upon his expulsion from the University.

The national board of the Sigma Chi fraternity confirmed that the student was suspended and subsequently expelled from the chapter, and stated, “We do not tolerate the behavior that he demonstrated.”

In a statement to The Maroon, the expelled student denied his guilt in the events and explained why he has decided to appeal the case.

“[The expulsion decision] came on June 2nd, and to be honest, my family and I were completely blindsided and devastated. I had just finished my last final of my last quarter of college. For all intents and purposes, I was done. Then at the last possible second, everything I had worked towards for four years was ripped away from me based on a false allegation,” he wrote.

“I did not do this. I swear to that with every ounce of my being. I remember the events in question and I am absolutely certain that they did not play out the way the complainant describes them.”

He said that he felt wronged by a disciplinary system that he called “informal” and “unfair” to him.

“The system is heavily biased against individuals like me. My family and I are working-class first generations immigrants. My parents barely speak English. We didn’t know anything about dealing with these sorts of hearings,” he wrote. “I was presumed guilty from the start.”

The University uses a “preponderance of the evidence” standard, which means a disciplinary committee must believe it is more likely than not that a student is responsible for misconduct in order to find them guilty.

Data from the 2016–2017 academic year, the most recent information available, records 207 reports of dating violence, domestic violence, sexual harassment, sexual abuse, or stalking. Of those reports, 33 allegations were brought before the University-wide Student Disciplinary Committee, which adjudicated 13 hearings. After issuing a finding of “responsible” in just nine cases, the committee issued four suspensions. Only in one instance was a student expelled.

University spokesperson Marielle Sainvilus said the University does not comment on individual cases, but she said in a statement, "the University-wide Disciplinary Committee evaluates each case on its individual merits to arrive at a reasonable conclusion based on all the available information for that particular case.”

Responding to The Maroon about the expelled student’s decision to appeal, the victim said that she recognizes that he paid a high penalty.

“To go through four full years of college, and to have paid for all of it, and get nothing for it, is a terrible thing to have happen,” she said.

However, she said she understands that the Disciplinary Committee cannot take into account a student’s progress in the University in its decision about whether to expel.

“If he was a student in my own year and was able to return to campus and resume studies, I would not feel safe and he would continue to be a threat to the University and its students,” she said. “This all could have been avoided had he not behaved the way he did and made the decisions he made, and he is the only person to blame for him being expelled.”

In view of her positive experience with an often unfair disciplinary system, she noted that she hopes women feel empowered to pursue Title IX action against abusers.

“Things very much worked out in the way that they should, and I’m super grateful for that because I know that’s a rare thing. I hope that it becomes more commonplace, but I think that in this case, everything was handled exactly in the way that it should be,” she said.

“I really hope this never happens to anyone else in the future, but I think at this point in time that’s not a realistic expectation. So I just want people to know that things can go well for you.”

Editor’s Note: The reporter and the complainant in the disciplinary proceeding are members of the same sorority.

The lawsuit, the latest in similar ones nationwide, potentially breaches a University confidentiality policy.