Days before graduation, a University of Chicago student was expelled for sexual misconduct.

— After a relationship ended because he had been abusive, he took advantage of his ex-girlfriend at a party when she was intoxicated.

— She got a no-contact order against him when he booked a room at the same hotel as her for a spring break trip in Mexico. On the trip, she still felt like he was trying to be as present as possible.

College students - we need your feedback! Take this short survey for a chance to win a $50 Amazon gift card.

The FBI questioned a University of Chicago student in April in part because they were named by an anonymous right-wing website, Canary Mission, that identifies organizers for Palestinian rights on college campuses and alleges without evidence that they have links to terrorism, according to the Intercept.

— The story cites cases at other colleges where the FBI acted on Canary Mission posts, questioning student activists on the ties to terrorist organizations alleged in Canary Mission propaganda.

Police told concerned Hyde Park residents that the incident where three people were shot at 53rd and Cornell on June 15 was an isolated shooting involving the Titanic Stones gang, the Hyde Park Herald reports.

Fifteen faculty members were awarded named professorships or were appointed distinguished service professors, including the economist Sendhil Mullainathan who received a University professorship.

Nicholas Rudall, the founding director of Court Theatre and an emeritus professor of classics at the University of Chicago, passed away last Tuesday from colon and liver cancer. He was 78.

Security alert: A U of C Lab School student was punched in the forehead on Saturday by a mugger who wanted his cell phone. The location was 57th Street and S Woodlawn Ave.

Cynthia Nixon, a progressive american actress who is petitioning to run against New York Governor Andrew Cuomo in the democratic primary, revealed on Instagram that she has a transgender son, Samuel Joseph Mozes, who graduated from the College this month. 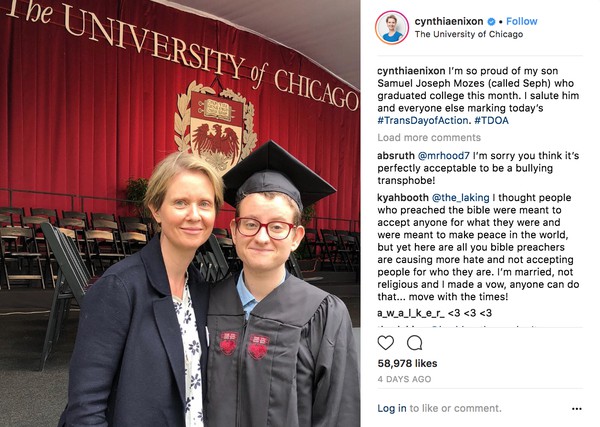