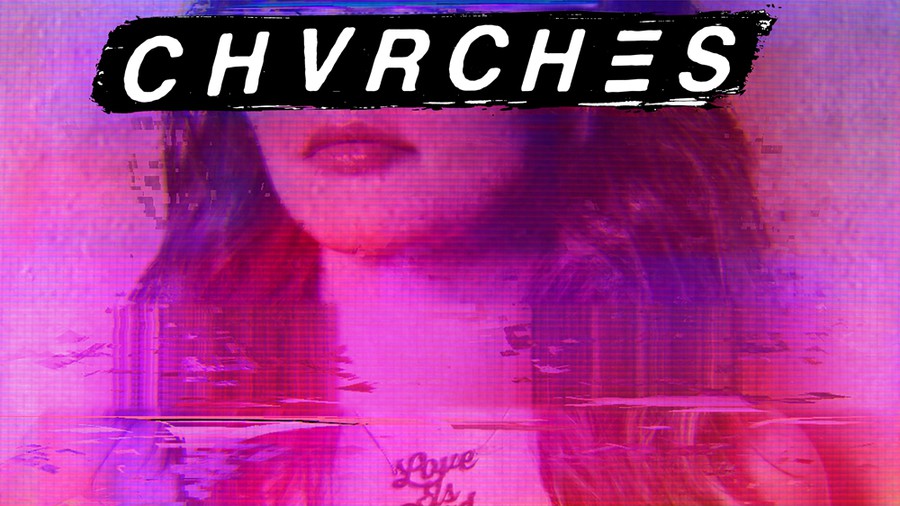 On May 25, Glasgow-based synth-pop trio CHVRCHES returned with Love is Dead, a 13-song LP that sends the band into both novel and familiar territory. With the trademark synth-pop sound for which CHVRCHES is known, the album demonstrates why the band clearly belongs among today’s pop-electronica greats; and yet, Love is Dead lacks the bite of the band’s earlier releases.

The album offers some of the band’s most pointed social and political commentary to date, criticism that lead singer Lauren Mayberry is often quite vocal about in her personal life—but not in her music. On “Graves,” Mayberry critiques the privileged elite living in “high castles” and “looking away” while a ubiquitous “they” dance on the graves of the helpless. The next track, “Heaven/Hell,” condemns the social commodification and perpetuation of unrealistic beauty standards in magazines, in music, and on the “silver screen.” With the album’s best and catchiest vocal melody, “Heaven/Hell” makes a bold and successful move to incorporate religious allusions with social criticism, as low, pulsating synths bring us into the soundscape of Mayberry’s lyrics. A classic four-on-the-floor kickdrum outlines the underlying beat of the verse while a dark bass synth creates a familiar harmonic progression. The pre-chorus brings flowing synths that, with the aid of risers, usher in the memorable and incisive chorus: “Is this heaven or is this hell?”

Sonically, the tenth track, “God’s Plan,” demonstrates CHVRCHES doing what they know best. On “God’s Plan,” an iterative, descending motif undulates with swelling synths over a simple percussive beat. Minimalist lyrics offer little in the way of understanding the song’s true meaning, and continue the album’s tradition of posing questions that demand no simple answer. With a dramatic buildup of the verse and its accompanying shooting synths, the chorus brings a cascade of toms and snares as a dark, consistent bass fleshes out the chordal movement while high, angelic sounds stretch over the entire piece—think Martin Garrix meets LCD Soundsystem.

The effect of producing this album in Los Angeles is significant. Whereas both of CHVRCHES’s previous LPs were recorded at a grungy studio in Glasgow, this LP experienced the shiny, modern landscape of LA with its high-compression and often formulaic production quality. Although the trio manages to hold onto the basis of their synth-pop sound that established their name among such Britpop and New Wave giants as New Order and Depeche Mode, even the band’s self-described misanthropy seems to have been beaten into submission by the dazzling lights of pop music’s capital. Superstar-producer Greg Kerstin (think Adele’s “Hello” and Kelly Clarkson’s “Stronger”) didn’t do any favors in retaining the sharp synths and unique beats of CHVRCHES’s Every Open Eye and The Bone of What You Believe.

Indeed, for most of the album, the songwriting on Love is Dead feels algorithmic and uninspired. “Did you achieve all you wanted to do?” asks lead singer Lauren Mayberry in the first line of the album’s opening track, “Graffiti.” It is a line written most likely after the end of the angsty, doomed relationship detailed over the early course of the LP. The album opens with nostalgia, evoking stereotypical images of a teenage romance that unfolds over the course of the next six tracks. Mayberry describes a rollercoaster of emotions that are at once deeply personal and yet also completely nonspecific: the misplaced judgment of a disillusioned lover, the pitfalls of clashing egos, and the promise of better times all collapse into the tropes of decades-old love songs. In the end all that is left of this once flourishing relationship is the wish of miracle on to save it. Even “God’s Plan,” the strongest track on the album, leaves the lovers questioning their original motives: “Tell me, is it worth it now?”

In the end, by spending a majority of Love is Dead tackling the inevitable pitfalls of a generic teenage relationship, CHVRCHES crafts an album that positions the band to expand their listener base while still trying to remain attached to the sharp and unique musical elements that made the trio’s debut so great. Following an expected shift in a musical climate increasingly driven by the generic commercialization of music, Love is Dead leaves something to be desired as the band exits the canon of synth-pop to embrace the success of mainstream pop.