Woodlawn Alderman Willie Cochran Says, “We Got Gangsters In Here" After #NoCopAcademy Disruption 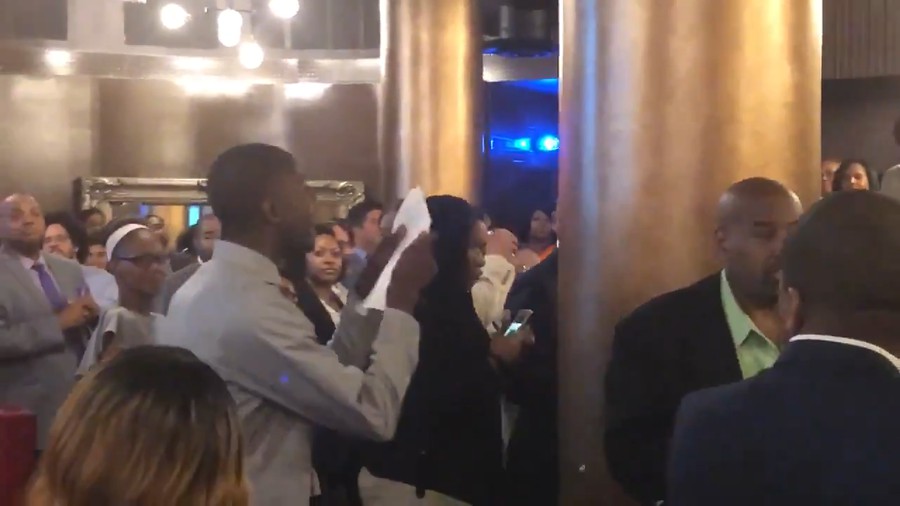 A protester interrupts the Aldermanic Black Caucus fundraiser before Cochran called him a gangster.

At a summer fundrasier presented by the Chicago Aldermanic Black Caucus, 20th ward Alderman Willie Cochran took the mic to say "we got gangsters in here" after a #NoCopAcademy disruption.

The protester interrupted the Wednesday event by shouting "#NoCopAcademy," the rallying call for activists' opposition to a $95 million police training facility planned for Chicago's West Side. Cochran briefly took over the microphone from 34th ward Alderman Carrie Austin, telling the crowd, "they must not know we got gangsters in here." It was not clear who he was referencing.

Despite activism against the police academy, Chicago's aldermen, including the Black Caucus, are almost unanimously supporting the project.

Cochran represents parts of Woodlawn, Englewood, Back of the Yards/New City, and Greater Grand Crossing.

This article was updated to reflect that it's not clear Cochran was suggesting the protester is a gangster.