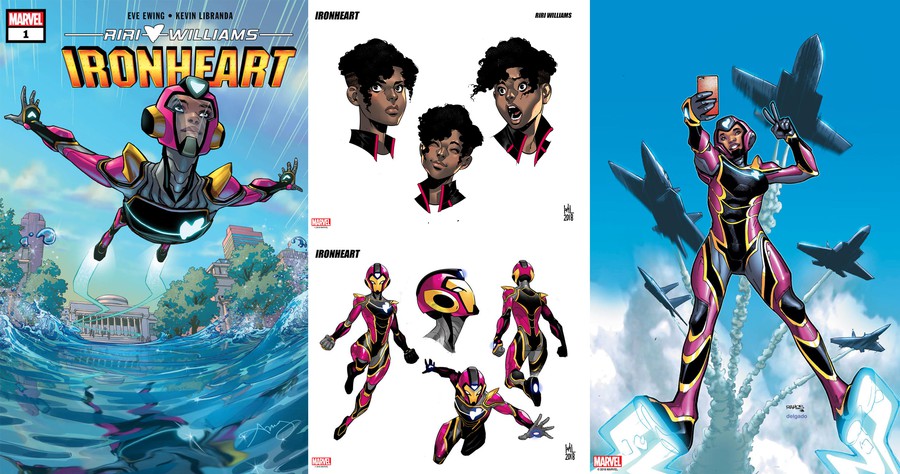 A UChicago assistant professor is writing a new Marvel series, Ironheart, the company announced Monday. The comic will feature heroine Riri Williams, who is a Black teen girl from Chicago.

Eve Ewing, who works in the School of Social Service Administration, discussed Ironheart's character in an interview published with the announcement fom Marvel:

Ironheart symbolizes what happens when you combine incredible strength and might with a sense of love, care, and a true desire for justice. Not just punishment or showing off or short-term solutions, but real justice. Not to be corny or overly literal, but that's what it means to combine the power represented by "iron" with the moral compass represented by "heart." Riri's identity and the place where she comes from means she sometimes has a different perspective than some of her peers on how to deal with people who are doing wrong. There's a reason she doesn't just go around blasting everybody to high heaven because, to be real, she definitely could do that if she wanted. But she's a very tender person at her core, and she doesn't just want to be a senseless weapon.

Riri is mentored by Tony Stark, also known as Iron Man, and she wears a flying suit.

Ewing also discussed the project with the Tribune:

Periodically I have to sit back and go, ‘Omigosh, I’m a Marvel writer’ — there’s nothing more implausible and more amazing that’s ever happened to me... When you’re a writer, oftentimes you’re grinding away and there’s a short list where you can tell your mom, grandma or your brother and they fully understand what it is. But this is something where everybody gets it; everybody understands the pop culture resonance with Marvel – what it means and what it stands for, so it’s really exciting.

Last year, more than 2,500 supporters of Ewing signed a petition calling on Marvel to partner with Ewing to be Riri's storyteller. "[Marvel] has received a mass of criticism in the last few years for their disappointing handling of characters from historically marginalized backgrounds," the petition said. In late 2017, she got an e-mail with the subject line "Marvel calling," she told the Tribune, and she nearly fell out of her chair.

Really, really, really immense gratitude to the cadre of Marvel writers and artists who were like "no but actually this girl has talent." HUGE thanks to Ta-nehisi Coates and Greg Pak who have both been extraordinarily generous with their time, advice, and mentorship.

The first issue will be available on November 7. The art is by Kevin Libranda.