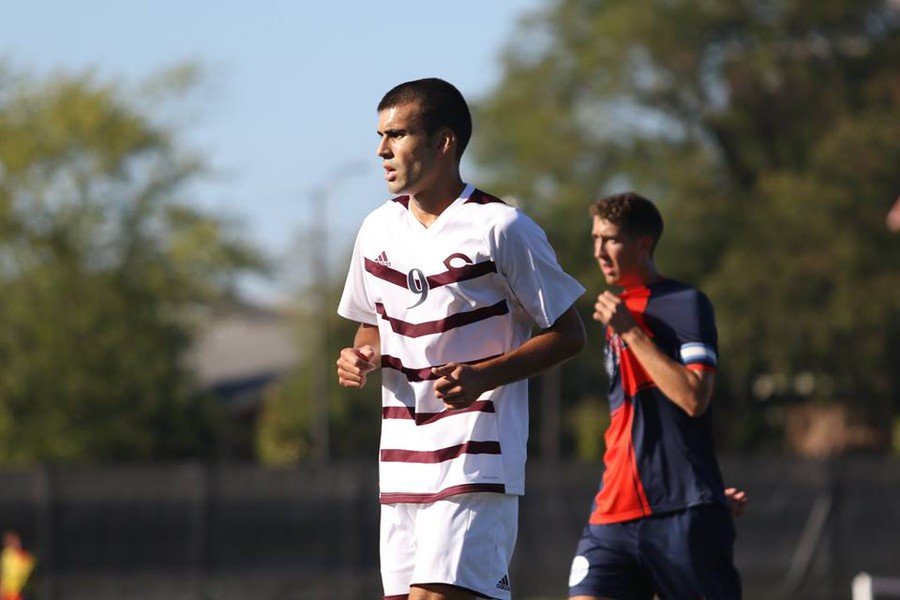 “Despair,” “felt like a punch to the stomach,” and “heartbreaking”—these are some ways that players on the men’s and women’s UChicago soccer teams have referred to their Final Four disappointments in Greensboro last fall. The men’s team lost in agonizing fashion in a penalty shoot-out in the semifinals and the women’s team lost in the national championship. These losses, however, have become motivation for another national championship run, lighting the competitive fire that previously led both teams to the Final Four.

Both the men’s and women’s soccer teams bring back experienced rosters that are stacked with veterans. Speaking about the men’s team, head coach Mike Babst said, “This is a veteran team, so our expected starting point is higher than most years. The competition we have within our roster has been exceptional so far.”

It seems that Babst is adamant on keeping his squad from regressing after last season’s success. Although Babst emphasized the veterans in his team, he was also excited about the first-year talent as well as returning players who have recovered from serious injuries. For example, he picked out third-year midfielder Renato Corghi and fourth-year defensive midfielder Josh Scofield as two players who “were injured for a long stretch at the beginning of last season” but both have gotten “off to really strong starts.”

With the mix of the veterans and the experience, Babst feels that the Final Four disappointment of last year can provide the necessary fire to come back with some trophies this year. “We have players who understand how diligent we have to be at continuing to improve, no matter the result, and to keep pushing towards being the best team we can be for the postseason. They understand the mentality necessary to have a chance at a national championship,” he said.

Like the men’s team, the women’s soccer team sees the coming season as a new opportunity. Instead of dwelling on last season, second-year fullback Charlotte Waechter is “really excited for the season because it’s a second chance.”

“We know what it’s like to make it to the finals and lose so we’ve been using that to fire up our trainings and get us motivated,” Waechter added. That left them with a chip on their shoulder and the rest of Division III better watch out. The incoming crop of young talent could make the difference this season.

Second-year defender Chloe Maciolek speaks praises about the new players. “Our incoming freshman class is really awesome and I think we have a huge amount of talent and work rate to work with this year. We are so excited,” she said.

Similarly to Maciolek, Waechter feels that the incoming talent in tandem with experienced players will make a winning combination. “The freshmen have brought a lot of energy which is awesome, and we’re also relying on the seniors to help remind what it’s like to not go to the Final Four, a.k.a. we can’t take anything for granted,” Waechter said.

Both teams have started the season extremely well, with the women starting 5–0–1 and the men starting 6–0–1. In one of the best non-conference matches in all of DIII, the UChicago men’s soccer team defeated North Park 4–2. It was a matchup of championship contenders, with the Maroons coming in with a No. 3 ranking in the polls while North Park ranked No. 2. Claiming a decisive win early on in the season is the perfect way to keep the momentum between this season and the last one. Meanwhile the women’s team has put their opponents to the sword with four clean sheets in six matches. However, they did have to overcome some adversity against Kalamazoo with a comeback 3–2 victory after going down 2–1 early in the second half. Both teams play with an attacking flair that will continue to excite fans throughout the season.

Babst gave the best verdict on what to expect for these two teams, saying: “This is going to be a really fun team to watch, and we will be playing against many of the best teams in the country. I hope we can bring out all the soccer fans on campus.”