Seven Chicago Neighborhoods to Explore in Your First Year 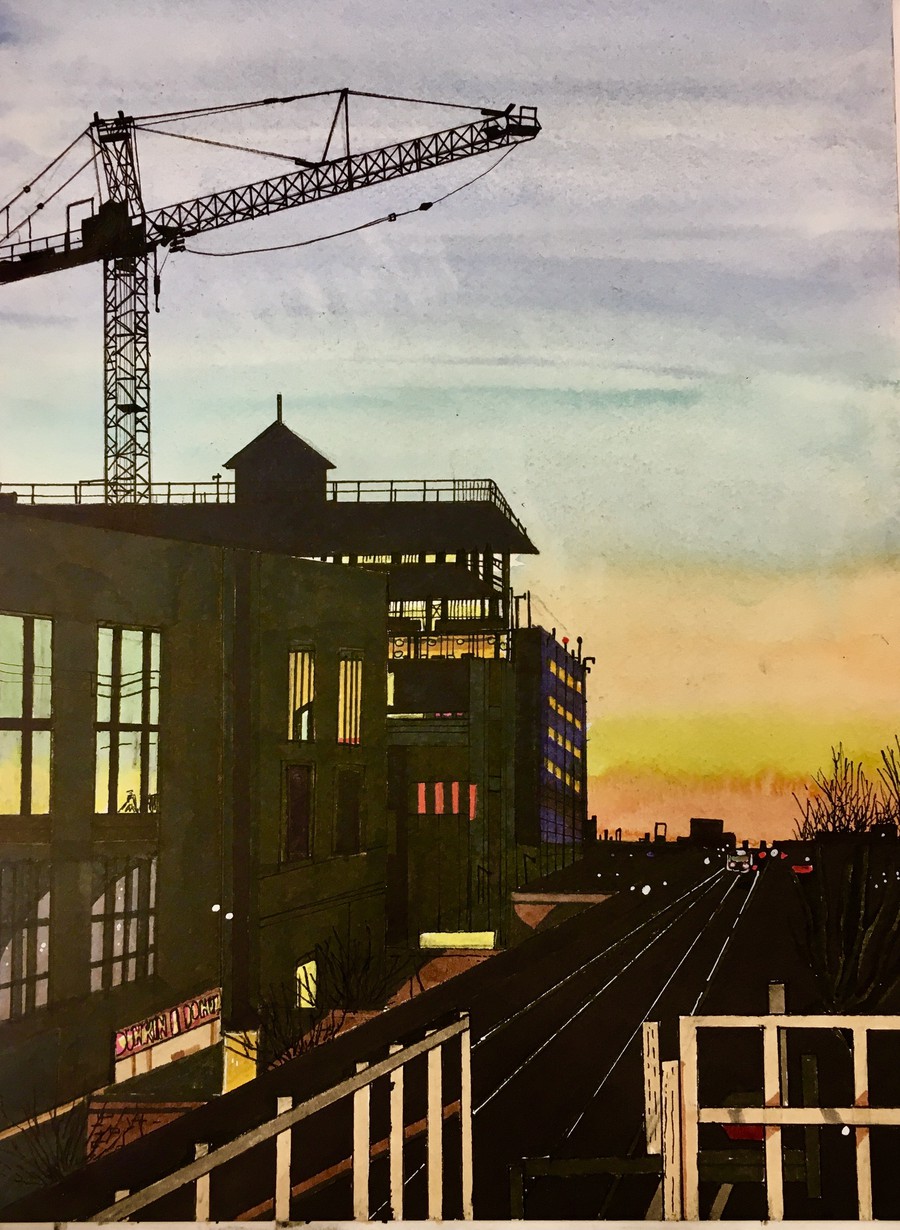 Mixed Media. Seen from the Green Line on a cold February night.

Chicago is so much more than the Sears Tower and the Bean. When Hyde Park starts to feel stale and you’ve ticked off your basic tourism bucket list, check out these neighborhoods:

Wicker Park can be reached from campus by taking the Blue Line to Damen. This neighborhood is filled with vintage shopping and boutiques, like Kokorokoko and Ragstock. Take some time to get lost in the rows of used books at Myopic or shelves of records at Reckless. When you’re done shopping, you can grab tacos at Big Star or sit and have a cup of coffee on the yellow chairs outside of Fairgrounds.

Pilsen. Take the Green Line to Cermak–McCormick Place, then the westbound #21 bus, to Cermak and Racine. Start your day at the National Museum of Mexican Art, a free collection of over 10,000 pieces, including a newly opened gallery on the Day of the Dead. Then head to Pilsen Community Books, which boasts floor-to-ceiling shelves and an eclectic selection. On October 5 and 6, they will be hosting a book fair with live music. Pilsen also has some of the best Mexican food in the city. There are dozens of family-owned restaurants and bakeries to choose from, as well as world-class paletas shops.

Chinatown is only three stops away on the Red Line, making it an excellent place to go on a Saturday night for dinner when the dining halls are closed. It is full of great restaurants, like Lao Sze Chuan and Joy Yee, where you can grab bubble tea if Te Amo gets old.

River North is located right next to the Magnificent Mile and can be reached from campus by taking the Red Line to Grand. It is close to Navy Pier, which is a great place to take a boat tour and get a feel for the city and its architecture. Eat at the Hampton Social before taking a walk down and along the river. River North is also home to a huge AMC movie theater, which has way more options than Harper Theatre, and is attached to an arcade called FTW. (It is 50 percent off on Tuesdays!)

Lincoln Park is one of the busiest neighborhoods in Chicago. Get here by taking the Red Line to North/Clybourn or Fullerton, depending on where exactly you want to go. Spend the day walking through the Lincoln Park Zoo (it’s free!) or shopping at the Urban Outfitters outlet store. There are numerous restaurants, including Summer House Santa Monica and Café Ba-Ba-Reeba. Lincoln Park is full of entertainment, with both the Second City and iO Chicago, where you can see Improv Shakespeare, nearby. If you go to the Second City, be sure to take advantage of the UChicago ArtsPass to enjoy 25 percent off your tickets!

Wrigleyville. This neighborhood is located inside of the Lake View area, which is also home to Boystown. Take the Red Line to Addison, where you can get off to go see a Cubs game at Wrigley Field. In addition to the souvenir tents, across the street from the field is a Jeni’s and the Chicago Diner restaurant, which serves vegetarian and vegan dishes. If the Cubs win, celebrate the next day and use the code “CUBSWIN” to get 20 percent off Giordano’s.

South Loop. Take the Red Line to Roosevelt to find yourself in the center of South Loop. Grant Park is full of essential Chicago attractions. Stop at Buckingham Fountain before walking around the corner to Cloud Gate (better known as “the Bean”). If you’d rather spend a day indoors, there are plenty of museums in South Loop, such as the Shedd Aquarium, Adler Planetarium, and Field Museum. If you want to become more familiar with sports in the city, you can even attend a Bears game at nearby Soldier Field.