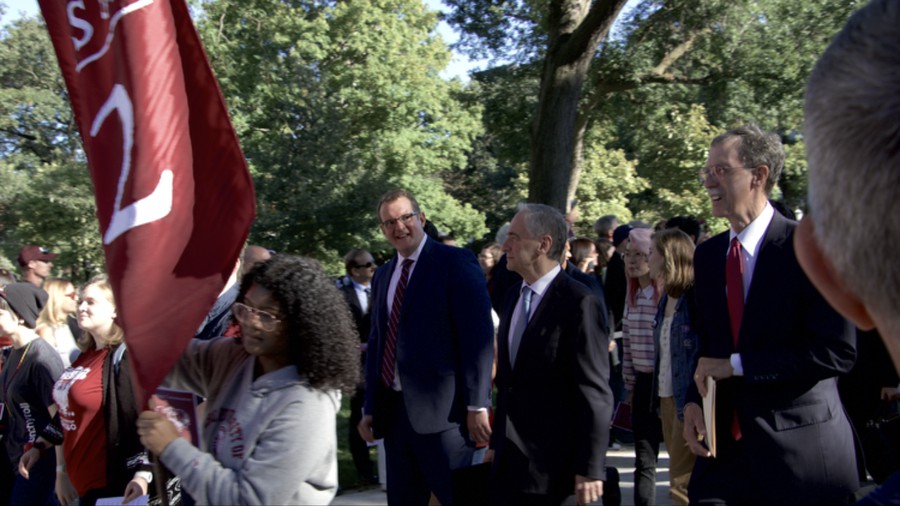 President Robert J. Zimmer, Dean of the College John Boyer, and Dean of Admissions James Nondorf walk during the bagpipe procession. Boyer confirmed the class size in a brief conversation with The Maroon after the procession.

Dean of the College John Boyer shared the figure with The Maroon at Sunday’s O-Week parents reception. He said that there was a bed for every first-year, but acknowledged that space was tight, saying he thinks there are only two open beds.

Dean of College Admissions and Financial Aid Jim Nondorf declined to confirm the enrollment figure at the reception, instead patting a Maroon reporter’s shoulder, smiling broadly, saying, “I don’t do interviews with The Maroon,” and walking briskly away.

Asked about the University’s letter to fraternities requesting they not host parties during O-Week, Boyer said he is supportive of Greek life having a presence on campus, while suggesting there are lawyerly reasons why the administration may have sent the letter.