Although impressive in scope and grandeur, set design and costuming in the Chicago Shakespeare Company’s production detracted from the substance of its script. 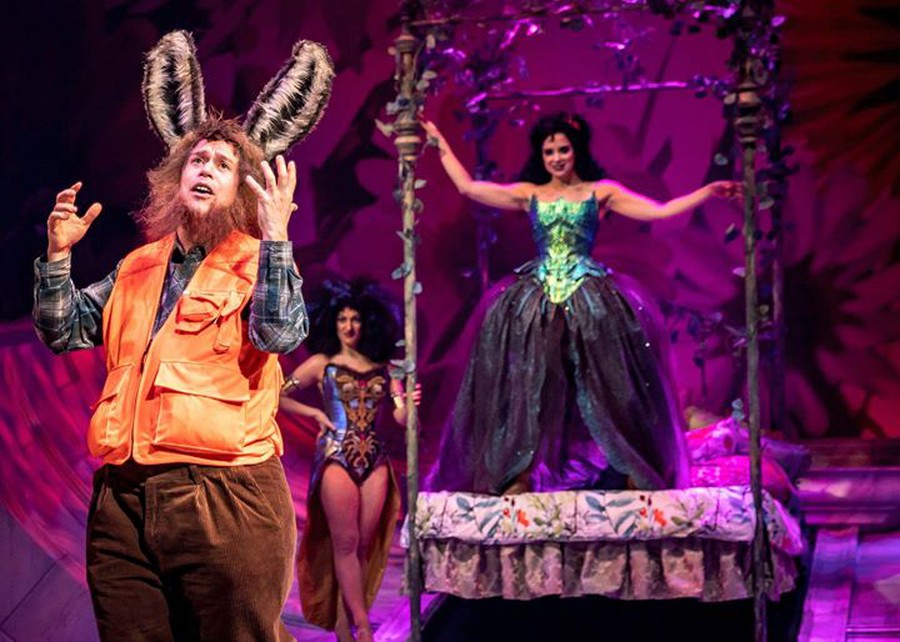 I think we can all agree from high school English class that Midsummer Night’s Dream is one of Shakespeare’s more convoluted plays. Apart from having to follow three plots—the four lovers, Oberon and Titania/Theseus and Hippolyta, and the mechanicals—the audience is also expected to glean truth regarding the nuances and complexities of love, as well as the contrast (or arguably the overlap) between reality and illusion. Clearly, there is a lot to follow, and if the production is not careful, it is easy for the viewer to get lost in the intricacies of the play. What Chicago Shakespeare Theater did uniquely well was also part of its downfall: The intricacies of the play made it all the more difficult to keep their audience. Piled on top of the original drama are a myriad of ostentatious costumes, disco music, and snow flurries that, while captivating, ultimately end up distracting from the action of the play.

It seemed like the original content was lost in this sea of add-ons. Much like choosing a good dessert over a substantial meal, this performance of Midsummer Night’s Dream chose sweet phenomenal additions rather than focusing on the original substance.

That being said, I want to point out that these additions were indeed phenomenal. The liberty taken by individual actors to heighten aspects of their characters was highly appreciated. I especially enjoyed Flute’s Justin Bieber aesthetic as well as the newly conceptualized romantic tension between Peter Quince and the lady mechanical Robin Starveling. Of the four lovers, the actress playing Helena had genuine comedic flair that continually drew viewers into her various charms and allowed her to hold her own in group scenes. Bottom stood out as a star player as he delivered his spunky characterization with such brashness and enthusiasm that one could not help but pay attention whenever he graced the stage. The little nods to contemporary pop culture and hilarious gimmicks such as random stuffed poodles were well-received, rousing hearty peals of laughter from the audience. Lastly, the set design was gorgeous, with almost circus-like features in the looming circular platforms that extended from the ceiling and the flashy flowers. It certainly made for an eyeful and contributed to the dynamism of the play. There were no monotonous scenes because something on stage was always visually captivating the audience’s attention.

Yet, such overabundance of detail ultimately achieved more distraction than emphasis or explanation. Sometimes, I had difficulty keeping up as I tried to take in the explosive set design while simultaneously concentrating on the depth behind the dialogue. At the end of the night, I had few clear takeaways as I stood with the rest of the audience, clapping more for the spectacle of the evening than the story.

These tawdry finishes seemed to be applied more heavily to secondary characters than for the four main entangled lovers. The continuity of the four lovers was rooted in their conformity to Shakespeare’s original script; they had fewer line changes and improvisations. This served to push the focus of the play to the less prominent characters because they offered unique interpretations of the play. 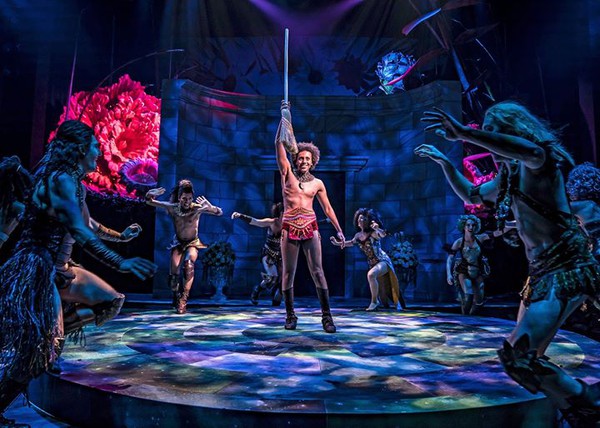 In this sense, I think the decision to watch this production is based more on personal taste than any other factor. For those familiar with the plot and looking for an exciting experience, I would highly recommend the production for its unique twists and striking changes to the characters. For Shakespeare lovers in search of a more traditional experience geared towards gauging his commentary on love and life, I think this production might fall below expectations. While the Chicago Shakespeare Theater’s production offers comedic gems and fascinating aesthetics, it is ultimately a spectacle for the senses rather than an opportunity for learning and reflection.