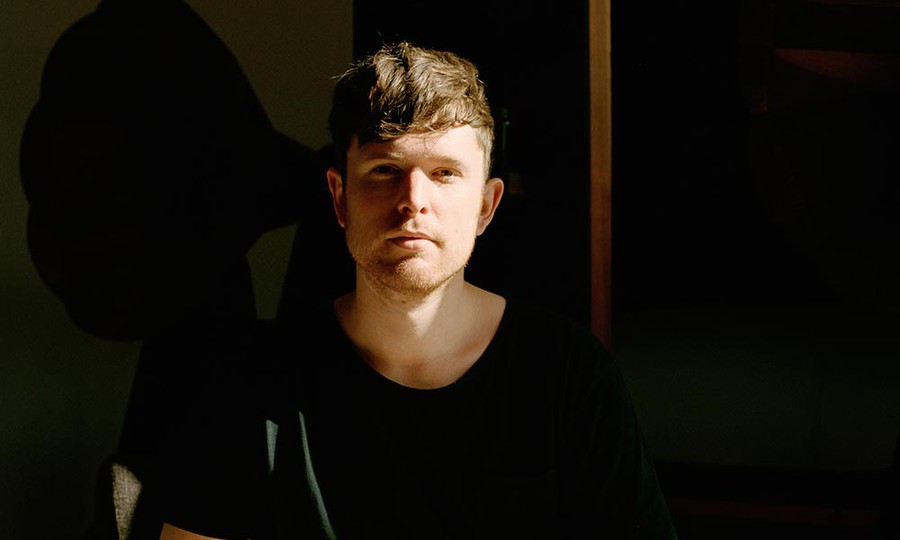 One thing is obvious from the first moment you listen to James Blake’s new album Assume Form: He is deeply, unapologetically in love.

By no means is this your ordinary James Blake album. That’s not to say that James Blake even has a typical sound, though. Over the last eight or so years, he has swung wildly from trap to dubstep to weird electronic folk and many places in between. However, in the vast majority of his older songs, there is some kind of prevailing sadness that is never allowed to escape. His debut album, for example, is a beautiful, haunting piece of work whose pessimism can sometimes be downright exhausting. As of the time I’m writing this review, the two most played songs off this album, according to Spotify, deal respectively with deep, crushing existential dread and the inescapable limits of both love and care. This guy, suffice it to say, has been through some shit.

Some of that pessimism is still present on Assume Form—most notably on “Where’s the Catch,” a song significant for one of the best guest verses André 3000 has given in recent memory—but, for the most part, Blake has shown the world that even he can make a love album. He and Jameela Jamil—known to most by her role as Tahani Al-Jamil on the much beloved The Good Place—have been dating since sometime in 2015, and only now are we beginning to see the fruits of this relationship in full bloom. Blake recently went so far as to proclaim on Twitter that Jamil is to thank for this album, to which Jamil lovingly replied, “To everybody who has enjoyed this album. You are welcome. takes a bow.” Indeed, we have much for which we should thank Ms. Jamil.

Sonically, Assume Form borrows extensively from James Blake’s entire musical oeuvre. “Mile High,” the album’s second song and lead single, is possibly the best example of the diverse palette that Blake has acquired. The song begins with a blend of synths and autotuned falsetto that would have been perfectly at home on any of Blake’s past solo efforts, but this texture quickly gives way to a ghostly, gorgeously melodic trap song. Metro Boomin co-produces, and Travis Scott delivers some truly excellent vocals akin to those on “Stop Trying To Be God,” unquestionably my favorite song on last year’s Astroworld. The result of this collaboration is truly something to behold. When Blake finally steps back into the vocal spotlight, his falsetto perfectly counterbalances Scott’s chilled-out auto-tune. The song may sound moody and dark, but the lyrics betray an overall message of love, affection, and deep gratitude.

The collaboration present on “Mile High” is not exclusive to the song. This whole album is full of guest features, each adding their own flavor to their respective song. Sometimes, these features even steal the show from Blake, forcing him into the background of the conversation (I don’t think I’ve heard anyone even begin talking about “Where’s the Catch” without mentioning that André 3000 verse). These collaborations mark a significant change for Blake, an artist who is exceptionally well-known for the DIY approach he takes to his music. “Tell Them,” which features Moses Sumney, is a song that seems uncharacteristically bouncy for Blake, but works well nonetheless. However, “Barefoot in the Park,” an almost dancehall-style song that features Rosalià on guest vocals, may just be my least favorite song on the album. The production is uncharacteristically busy for Blake, and every time I listen to it, I find myself checking how much I have left before it ends, even though Rosalià’s vocal performance is, as always, stunning. Generally, Blake comes into his own more on the solo songs than on the collaborative efforts, but these songs are certainly a landmark in the arc of his career.

Assume Form shows the world a new James Blake. After many years of solitude, he has found satisfaction in companionship, and this idea permeates every second of the album. It’s a moving effort, and there’s a hell of a lot here to unpack and enjoy with every new listen—I have insider info that this whole project is really good for when you’re in a crying kind of mood.  With Assume Form, James Blake really has found the person who he’s been trying to be and, for the most part, it comes through in a wonderful way.