Is the Cold Ratner Commute Worth it?

Sports reporter Camille Aguilar investigates the unfortunate lack of dorm gyms, as well as the ability and willingness of many students to make the trek to Ratner in the cold winter months. 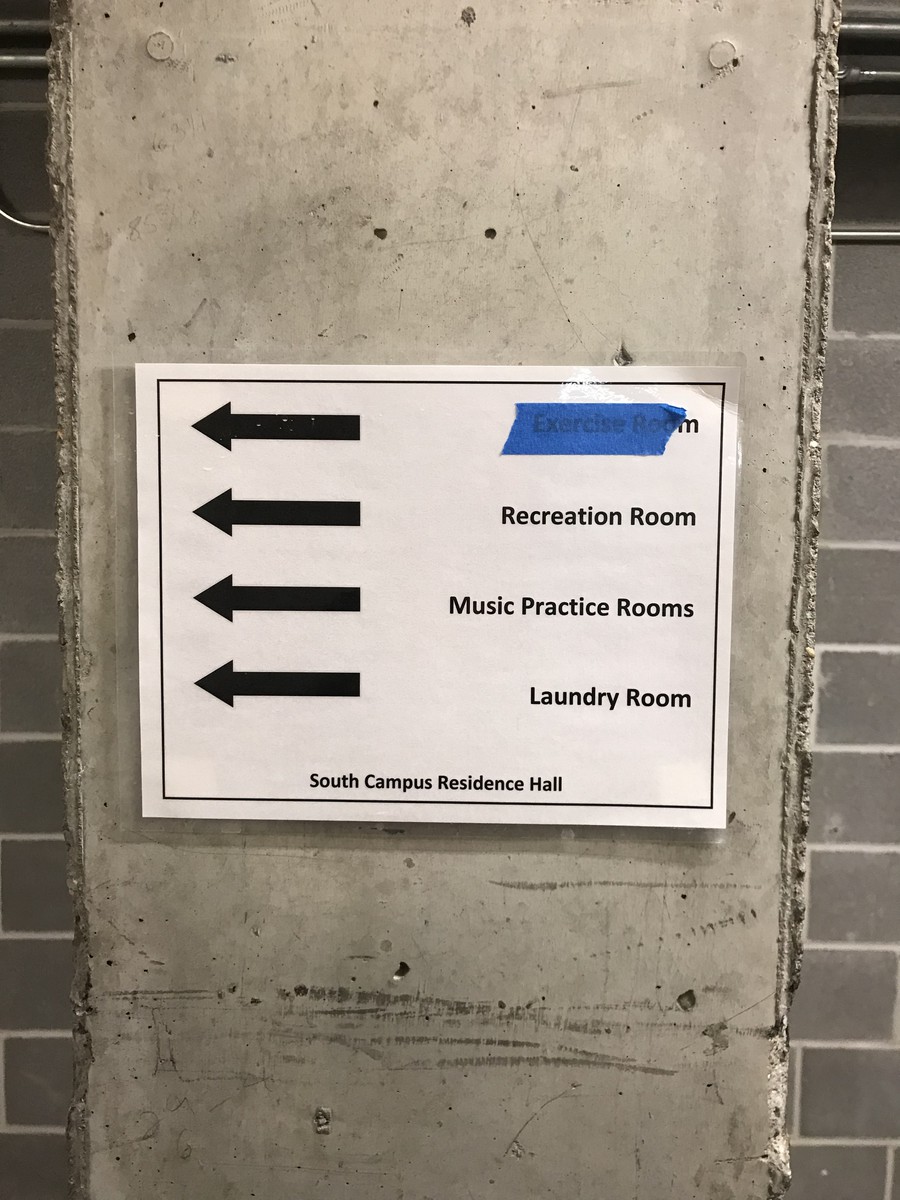 The number of rooms equipped with soundproof walls, music stands, and upright pianos across campus dorms is simply unquantifiable. Having been a musician myself, I see that musicians need their practice spaces. Being a NMRP (non-musical regular person) now, I also see that non-musicians need their quiet hours. While these many music rooms certainly serve the interests of the entire student population, there remains a certain unmet need of a particular sect of the student population.

Upon examination of the Housing and Residence Life website, while almost every dorm has music rooms, only International House officially claims to have a gym for its residents. Living in Granville-Grossman Residential Commons (South), however, I have often heard murmurings of a secret exercise room hidden somewhere within these walls. With this knowledge, I set about on a quest to find the room. Walking around the basement, I saw signs every which way pointing towards various rooms, including an exercise room. While some signs had blue tape covering the name of my promised land, others did not. Finally, after about half an hour of hitting dead ends and ducking as the pipes above me would randomly make frightening popping or clanging sounds, I drew a conclusion: While a gym may have once existed in South, no one had seen it in years, so I put to rest the rumors of a hidden gem gym somewhere within these walls.

While I still have no definitive count of music rooms across campus, I can confirm that only one exercise room outside of Crown and Ratner exists in on-campus housing.

Having been a resident of International House for a year and South for another, I feel especially equipped to speak on the situation that is the in-housing gyms. Last year, before joining the basketball team, I would often use the International House exercise room. While the gym offered two options for treadmills, I found only one functional. After working out once with my much more petite friend, we discovered the root of this issue: The second treadmill was only capable of supporting runners under 100 pounds. When I tried, I would lurch with every step as the belt would unceremoniously hit the deck.

If I tired of the treadmill, there was always the step climber without resistance or the static bicycle—which, in my entire year in that dorm, never found an electrical outlet. In terms of the weights, the gym provided two benches and cast-iron dumbbells ranging from three to 60 pounds. Unfortunately, both benches were broken and many of the weights between these numbers were mysteriously missing. While the dumbbells aided in a number of exercises, the weighted balls were mostly broken or cracked, wasting away in disuse against the corner of the room. Along this same wall were bars, perfect for pull ups or—if you’re like me—to try once and never again upon realizing how much old metal hurts soft, un-chalked hands.

The University, perhaps understanding the importance of offering a gym to those as unfortunately situated as the members of International House, added six new machines to the gym this past week. Upon speaking with second-year I-House resident Cameron Witbeck on these recent additions, he informed me that they indeed added two new ellipticals, two new treadmills and two stationary bikes. With these additions, they removed the aforementioned old machines. Describing the smell, Witback informed me that it hasn’t changed much: “It just smells like it used to, [like] a bunch of plastic gym equipment.” I would agree, adding that I always felt there were lingering notes of stale body odor and delicate traces of sweaty sock to complement the eau de plastic.

Changing the trajectory of the answer, Witbeck continued, “I really want to emphasize my discontentment with the state of the gym. As it is now, I really only come down here to do cardio. For some reason, people keep stealing the weights and they have yet to be replaced. This basically renders half the gym unusable.” I could not be further in agreement.

While the smell and limitations of the gym were less than desirable, I found that it still beat the hassle of the daily commute to Ratner. Tonight, for example, to get to Ratner from South, I will slip and slide to the stop in front of Burton-Judson and take the Central shuttle from there. To come back, I will either walk 15 minutes back, walk to Regenstein Library and wait for the South shuttle (which comes very infrequently), or board the Central and get back in a matter of 40 minutes. If this does not sound too laborious to my reader, consider walking in the freezing air with wet clothes or, more commonly, wet hair.

I implore the University to consider the students that must commute from the southeastern corner of campus to the opposite northwestern edge if they desire to get a full workout in. Personally, I have had my fair share of frozen something or others, only to learn that the commute to Ratner is often not worth the time it takes up in my schedule.