At the same time, the Lab Schools union is bringing in an independent arbitrator to make a final decision on whether Daniel Bobo-Jones should be reinstated. 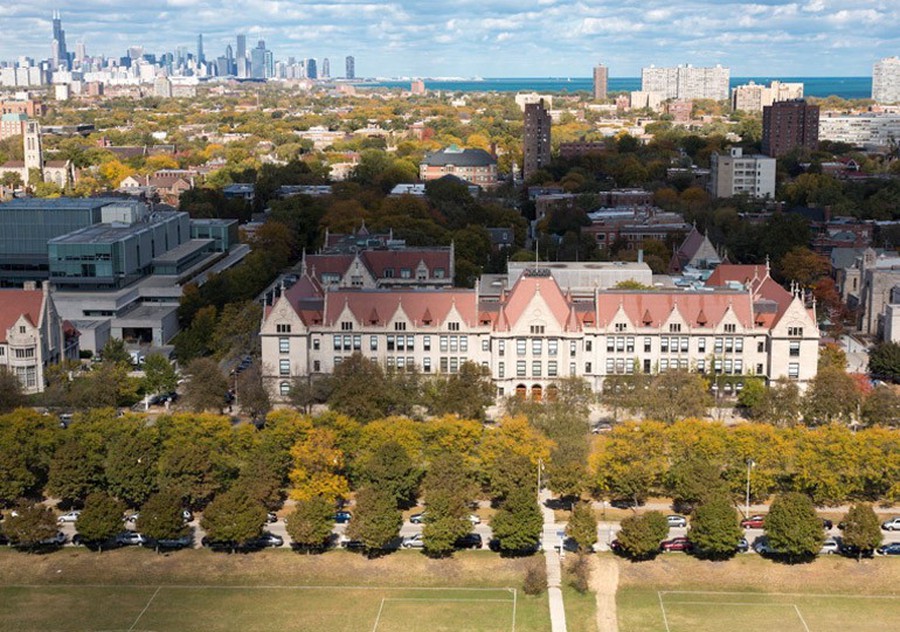 Eighty-four faculty and staff members are pressuring University administrators to investigate the termination of a widely-beloved Lab Schools teacher, a controversy the administrators have so far not publicly weighed in on.

Faculty and staff signed a letter directed to President Robert Zimmer, Provost Daniel Diermeier, and Executive Vice President David Fithian, U-High Midway, the student newspaper of the Lab Schools high school, reported. Several faculty members presented the letter on Tuesday to the legislative body of the University on which Zimmer and Diermeier sit. Fithian oversees the University’s relationship with the Lab Schools.

The letter comes as the union representing the Lab Schools’ faculty announced that it will bring in an independent arbitrator to decide whether the Lab Schools should reinstate high school biology teacher Daniel Bobo-Jones, after Lab Schools director Charles Abelmann said he stands by his decision to fire him.

The sudden termination of Bobo-Jones has stirred confusion and anxiety among high school students and their parents. While commotion around the incident has so far been isolated to the Lab Schools, many of the parents who are also University faculty members believe that University administrators should step in given the Lab Schools’ lack of transparency surrounding the termination.

“We have expectations of [the Lab Schools’] administrators to behave in a way that the rest of us at the University behave,” Chris Kennedy, a parent and faculty member, told The Maroon. Kennedy, the chair of the Department of Linguistics and Humanities in the College, helped draft the letter to the University administrators. He has two sons in the Lab Schools who both had Bobo-Jones as a teacher.

The lack of clear explanation for Bobo-Jones’s termination “undermines the kind of commitment that we normally have to communication, to explanation, to justification of ideas and decisions that make an academic community,” he continued.

Kennedy emphasized that the letter is not about asking University administrators to reinstate Bobo-Jones, but about investigating the handling of the termination to “understand how the decision was made, understand why the communication was poor, and how we can fix it.”

The letter garnered signatures from faculty members in departments across the College and also in the University’s graduate schools—such as from Brian Leiter in the Law School, Deric Park in the School of Medicine, and Oleg Urminsky in the Booth School of Business. Many who signed it are not parents of students at the Lab Schools.

Asked whether the University administrators will conduct an investigation into the termination, University spokesperson Marielle Sainvilus did not give an answer.

She said in a statement, “The University shares the Lab community’s unwavering commitment to integrity and excellence of education, and we support Lab’s leadership in ensuring these principles are upheld by all its employees.”

“It was a total surprise,” Kennedy said, noting that students and parents received an e-mail mid-morning about the termination without any prior notice. The abruptness of the firing immediately prompted questions like, “did he hurt somebody, did he do something improper?” he added.

The faculty letter to University administrators underlined the anxiety that parents have felt, noting that “the administration’s communications about the matter have fostered confusion, even alarm, and invited rampant speculation.”

Parents remain unsure why the biology teacher was fired. The union, Bobo-Jones, and Abelmann have each offered differing explanations.

Abelmann, however, said in faculty meetings and in an e-mail to parents on Saturday that Bobo-Jones was fired for engaging in grade falsification.

In the Saturday e-mail, Abelmann acknowledged the heavy speculation surrounding the termination, saying that “much of the information that has been disseminated about the reasons Mr. Bobo-Jones is no longer at Lab is incomplete and some of it is inaccurate.” He had also emphasized to parents in a meeting last week that the termination was not about safety concerns.

He stood by his decision in the e-mail but said that he recognizes “some of the ways that we handled the situation were inadequate,” adding that he takes responsibility for not sufficiently communicating the termination to the school community.

Cindy Marchessault, a parent of a student who was taught by Bobo-Jones, told The Maroon that parents find it difficult to understand why the administration terminated Bobo-Jones in the middle of the school year.

“Since the school said it’s not a safety issue or an impropriety, it’s still hard to believe there could have been circumstances justifying immediate termination in the middle of the school year instead of at the end of the year,” she said.

Marchessault believes the timing of the termination has negatively impacted students’ emotional well-being. She emphasized “how valuable Bobo-Jones was to his classroom students and to those in the LGBTQ community within Lab,” adding that many students have “felt that they’ve had someone in their support system taken away.”

She said she hopes to “see steps taken that show that Lab is working to provide the best possible learning environment for Bobo-Jones’ students while proactively taking steps to attend to these students’ health and wellness needs.”

Whether Bobo-Jones will be able to return is now up to an independent arbitrator. Shortly after his termination, the union filed a grievance with the Lab Schools administration for firing him without just cause. Abelmann denied the grievance in his e-mail on Saturday and according to the union’s contract with the Lab Schools, the union may bring in an arbitrator, whose decision will be final and binding

Abelmann said in the e-mail that he “will honor the outcome of the process.”

Daniel Bobo-Jones charges that the administration retaliated for his earlier complaint of discrimination on the basis of sexual orientation.