#CareNotCops Hosts Teach-In, Will Partner With Students Working Against Prisons

The campaign by UChicago United aims to raise awareness of the UCPD’s controversial history on the South Side. 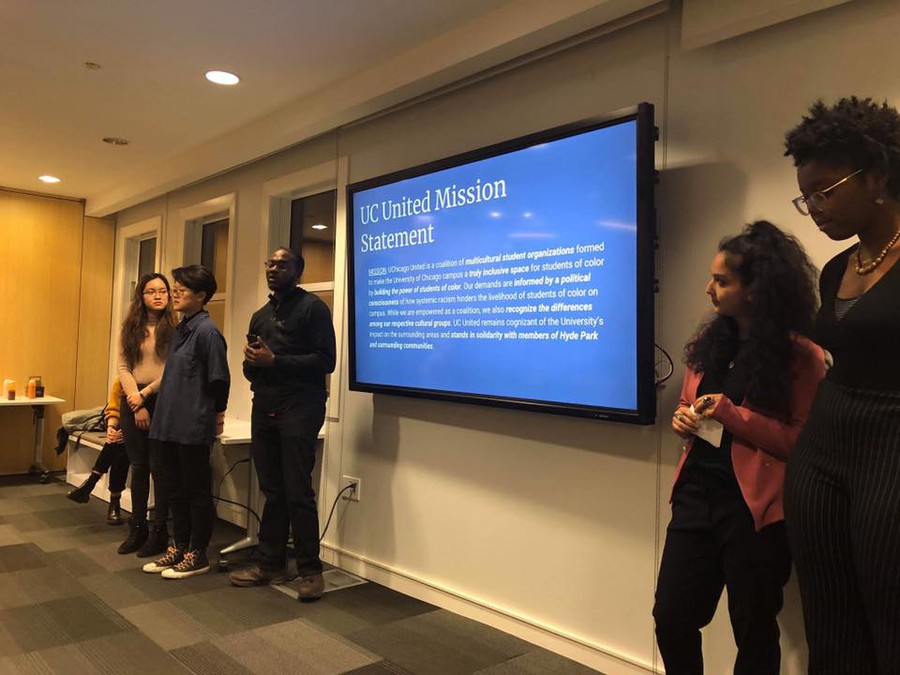 #CareNotCops, a campaign led by student multicultural coalition UChicago United, organized a teach-in on the history of the University’s police force last month at the Center for the Study of Race, Politics, and Culture.

At the end of the teach-in, the campaign’s organizers announced that they will begin a long-term collaboration with Students Working Against Prisons, an organization that works to end the University’s ties to prisons.

#CareNotCops began last spring as a response to the shooting of student Charles Thomas by a University of Chicago Police Department (UCPD) officer in April. The campaign’s most significant activity so far was a rally on campus held shortly after the shooting.

The teach-in, held on December 6, centered on the history of the UCPD’s growth, hinting at the questionable expansion of one of the U.S.’s largest private police forces and the private funding funneling into it.

Emma Chosy, a third-year involved with #CareNotCops, said the goal of the teach-in was to spread awareness about the University’s motivation behind the UCPD’s formation and UCPD policing tactics “as just a way to get more people involved in our campaign and aware of what is going on on campus.”

When discussing the origins of policing in a national context, Chosy took the audience back to the colonial period, when police forces acted as slave patrols in the South and arose out of the need to protect private properties from violent riots in the North.

Jon Hoerner, another core member of #CareNotCops, said the UCPD has a disproportionate jurisdiction from 64th Street to 37th Street, which includes a population of roughly 65,000 people, although a majority of them have no connection to the University.

As a result, some communities are double-policed, creating a tension between the University and these neighborhoods, Hoerner said.

During the second half of the teach-in, #CareNotCops asked students what a safe and secure learning environment would look like for them. A fourth-year shouted “no cops”; some stayed silent while others nodded in agreement. Another student spoke up, raising his concern that there needs to be someone when crimes are happening, and referred to the recent mugging of a friend.

One student, a member of the African and Caribbean Students Association, indicated that the University should educate students about the surrounding communities instead of trying to widen the “us vs. them” divide between the University and South Side neighborhoods. He said this is important “because a lot of students have certain perceptions about the communities immediately surrounding the campus, especially past 63rd Street.”