Theater[24] Gets About As Mathematic As It Can Get 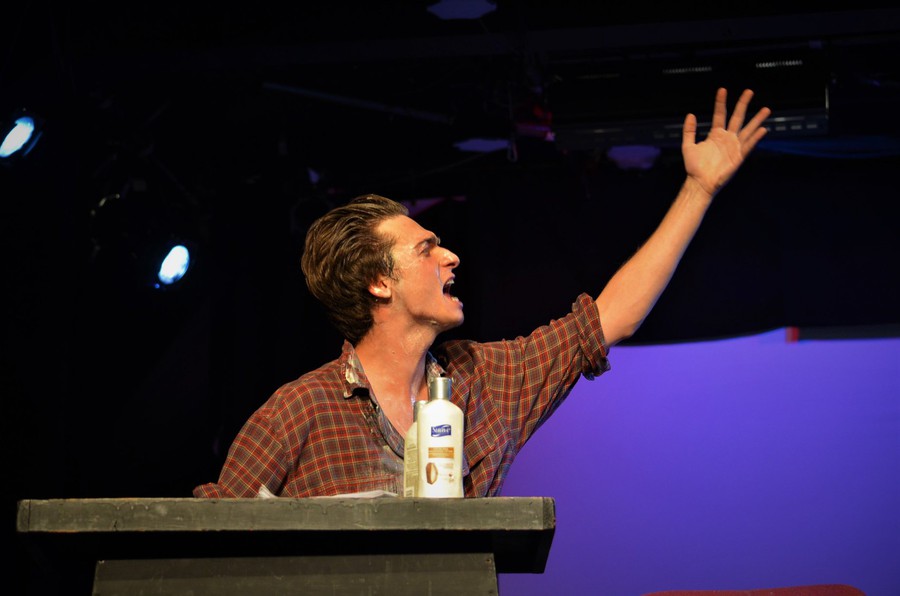 But the first chance for someone to see theater during the school year isn’t any of these productions. That distinction falls to Theater[24].

Theater[24] is University Theater’s quarterly 24-hour theater festival. While it is one of the few low-stakes theater opportunities on campus, it is by no means the easiest. On Friday night of first week, a team of four to five writers, directors, and actors meet in Francis X. Kinahan Theater (colloquially called the “FXK”) on the top floor of the Reynolds Club to start the process of creating a new theatrical piece in the span of 24 hours. From 8 p.m. to 8 a.m., the writers write their plays based on a particular theme. From there the actors and directors spend another 12 hours rehearsing these brand-new plays, with final performances held at 8 p.m. in the FXK on Saturday.

This fall’s Theater[24] was centered on “Secrets of the Universe,” with each play inspired by a different unsolved problem in mathematics. Though, I use the term “inspired” very loosely because the finished plays rarely have anything to do with their prompts.

The first show of the night was Couples Therapy, written by Beth Gillespie and Vernon Li and directed by Emily de Vegvar. Inspired by the Moving Sofa Problem (“What is the largest area of a shape that can be maneuvered through a unit-width L-shaped corridor?”), a couple going through marriage issues gets more than they bargained for when they meet a murderous receptionist. Needless to say, things get pretty ridiculous from there.

Up next was Theater[24] Noir (brought to you against your will by Big Vinny & Co.) Written by Reed Thurston and Ilana Weinstein and directed by Lou Gargouri, this play was inspired by the Lonely Runner Conjecture (“Is the lonely runner conjecture true for every number of runners?”) and offered a surprising display of witty dialogue and some unexpected pathos for a Theater[24] piece.

Third was Raiders of the Lost Glorp, written by Gabi Garcia and Gabe Schneider and directed by Andrew Olmstead. Inspired by the Vacuum Catastrophe (“Can the energy of empty space be zero?”), the story involves a group of aliens who stole a vacuum from Earth. They are also wrapped up in a love triangle (or is it a square?). Enough said.

The final show of the night was Moser’s Worm Problem (“What is the minimum area of a shape that can cover every unit-length curve?”), written by Anna Attie and Jessica Sweeney, and directed by Reese Klemm. There was a lot of lotion involved. So. Much. Lotion. As suggested by the eclectic play titles and summaries, the 24-hour theater process is hectic, unpredictable, and the end results vary in terms of overall quality. But, you don’t see—or participate in—Theater[24] for quality; you see it as a celebration of the collaborative process of theater and all who do it here at UChicago.

(Speaking of unsolved problems, I directed Peach Boy in the FXK last fall, and that stage light is still flickering. When are they going to fix that?)