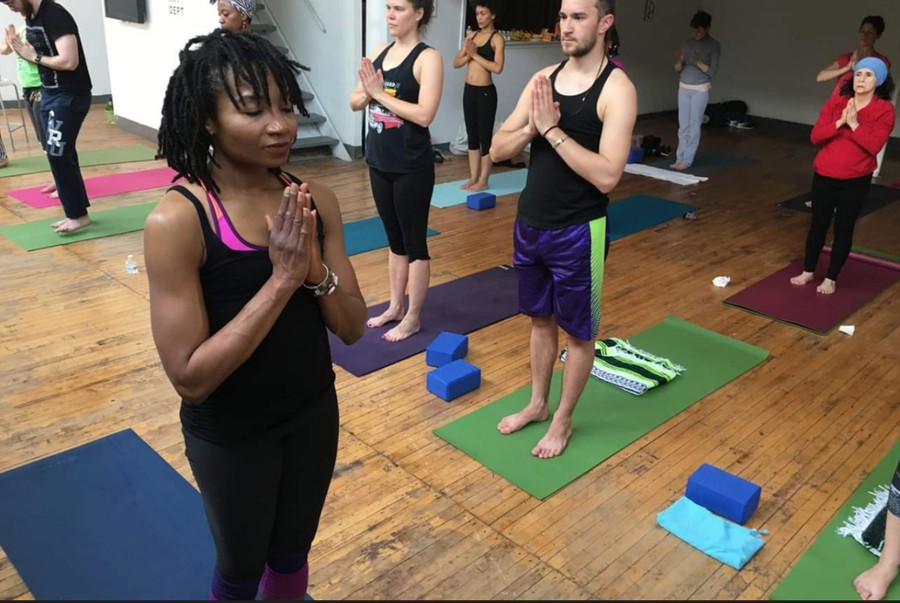 Courtesy of In Memory of Sidra Newman GoFundMe page

“Sidra was the spark of life, love and positive energy that illuminated light upon everything and everyone around her. She was our angel on earth,” said Sidra Newman’s family in an announcement of her passing. Newman, a cardio-kickboxing and yoga instructor at Ratner Gym, died on September 25.

Newman started teaching at UChicago's group wellness program in 2008. “She was a beloved colleague, instructor, and friend to many within the department,” wrote Brian Bock, UChicago’s Associate Athletic Director for recreation and fitness, in an email to The Maroon.

Ph.D. student Raffaella Taylor Seymour said that at her first kickboxing class with Newman, she “sat most of the class on the bench outside trying to recover and vowed never to come back.”

Joelle Mbatchou (Ph.D. ’19) said she felt certain that Newman was superhuman after first taking her kickboxing class. “I had never been that much physically challenged,” Mbatchou said.

Nevertheless, Newman’s kickboxing class became part of their routine. “Despite how challenging it was, Sidra just made me feel so empowered and capable of pushing beyond the limits I had set for myself,” Mbatchou said. “She had such a gentle spirit, never forcing people and always encouraging.”

Graduate students Kellie Swadba and Anne Davis were also amazed by Newman's capability to motivate her students with only a simple smile or gesture.

“In her class, people push themselves much harder than they would otherwise,” Swadba said.

Davis said she looked forward to her morning sessions with Newman despite not being a morning person: “Her classes and her energy were just so motivating.”

Newman helped them make huge progress physically, but her compassion and generosity influenced them even more.

“Newman had the magic to make people feel known and cared for even after meeting her once,” fourth-year Ruby Ross said.

Seymour was surprised at how fast Newman learned new students' faces and how often she noticed as someone improved. “She would check in with you after class, and she remembered everything—like a recent breakup or some assignment you'd been stressing over.”

Newman once told Seymour how much she liked having her near the front because Seymour was smiling all the time. “But in my mind, it was her who was always smiling,” Seymour said.

Mbatchou and Seymour ended up being close friends with Newman, chatting with her after class. Once, Newman was ill and wasn’t able to teach her class at the last minute. No one in the 30-person class wanted to skip it, so Mbatchou and Seymour taught the class together. Newman's fitness class was a space for everyone to not only challenge themselves, but also to empower one another, Mbatchou and Seymour said.

Newman's impact went well beyond UChicago’s campus. She received her master's degree in social work from Loyola University Chicago in August, with her research focusing on using yoga as a therapy for youth. She also worked at Hartgrove Hospital and with the Empowering Counseling Program, which provides free school-based counseling and after-school services in Bronzeville, Woodlawn, and Englewood.

“She was a true example of a person who just loved and supported people wholeheartedly, accepting them as they were,” Mbatchou said.

A memorial service for Newman, hosted by her family, took place last week.