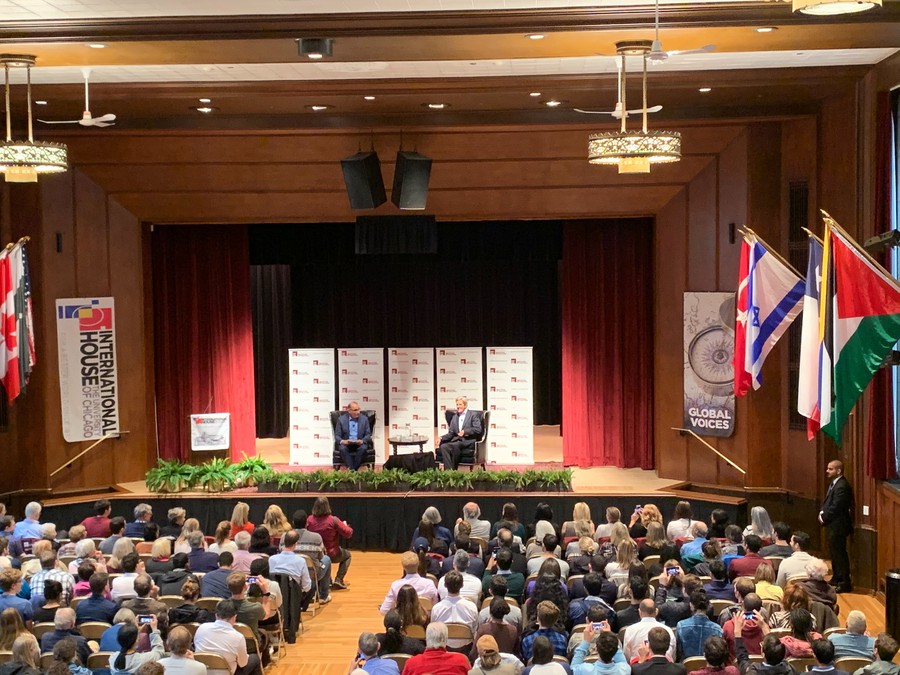 The discussion began with Kerry’s analysis of the ongoing conflict in Syria. “Syria is a great open wound internationally. It represents a shocking failure of the international community to get to Geneva and negotiate an outcome,” he said.

Kerry also claimed that the Turkish government was at least partially to blame for the rise of the Islamic State (ISIS), an extremist militant group which quickly gained control over large parts of Iraq and Syria in early 2014. He stated that the Kurds, an ethnic group in the region, were an integral force in retaking control from ISIS in early 2019.

“There’s a reason ISIS was a problem, and part of that reason was Turkey. They didn’t shut the border, they allowed oil to be sold across the border, and we actually turned to the Kurds to become our compatriots in this battle against ISIS,” Kerry said.

Kerry also addressed President Trump’s recent decision to withdraw American forces that had been supporting Kurdish positions near the Turkish-Syrian border. “What you are witnessing is an incomprehensible, shocking betrayal by one person. Not a decision by the military…but by the President and his own deal with [Turkish President] Erdoğan through a phone conversation. I pray we will not witness a genocide,” Kerry said.

He added that Trump’s decision to withdraw forces from Syria could negatively impact America’s relationship with other allies in the region, such as Israel, due to weakened hegemony. “[Removing U.S. troops] provides Iran with greater access to a land bridge it has been seeking to Lebanon,” Kerry said.

In the phone call, Trump asked Zelensky to investigate 2020 Presidential Candidate Joe Biden and his son, Hunter Biden, in relation to corruption charges. Kerry, when asked whether he could build an impeachment case against Trump, said, “Absolutely…. It is against the law to solicit assistance in a campaign from another country. The solicitation is in the President’s own words.”

Kerry also implied that current impeachment proceedings and criticisms against Trump were the fault of voters. “The eligible voter turnout when Trump got elected was 55.2 percent…. The young voter turnout in 2016 was 19 percent. So, who’s to blame for where we are?” Kerry said.

Kerry also urged for more action to be taken against climate change and called for targeted campaigning towards climate change deniers in order to educate voters on the topic. He claimed that climate change deniers were at least partially to blame for deaths caused by natural disasters and poor air quality. “People who turned their back on climate change I think are almost criminally negligible and accountable for what they’re doing to America and to the world,” Kerry said.

He also argued that the costs of implementing more aggressive climate policies were far lower than the current cost of climate change. “We spent $265 billion cleaning up after just three storms…. I think it’s a no-brainer,” Kerry said.

Kerry also stated that efforts against climate change ought to be treated the same as the attitude America had during World War II. “We have to treat this like it is a war,” Kerry said.