Taking another step to increase its presence in Paris, UChicago will fund research among a total of 10 faculty and Ph.D. students. 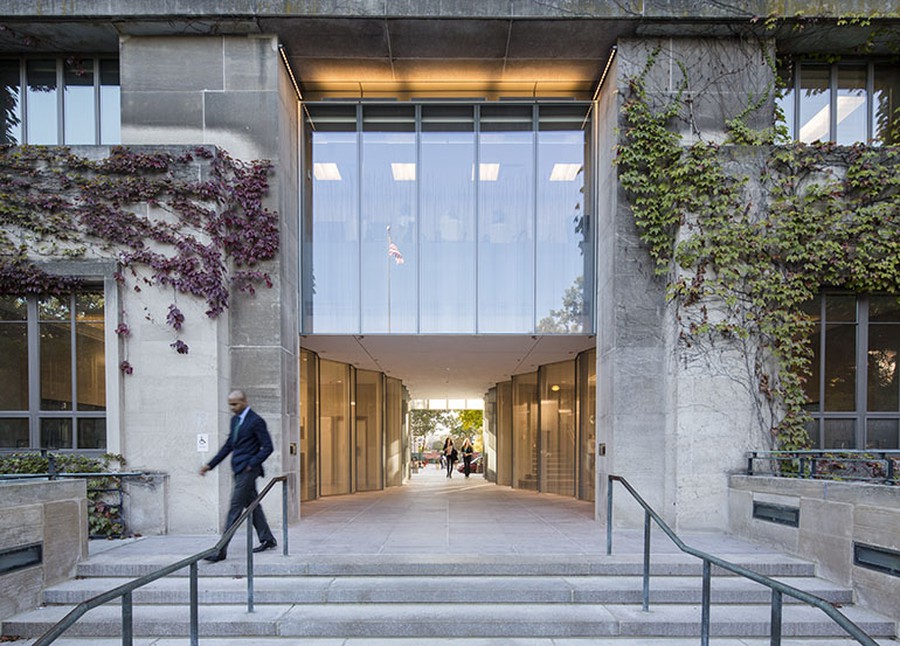 This week, the University of Chicago launched a partnership with the French National Center for Scientific Research (CNRS) that will fund a total of 10 new three-year research positions. The signing comes only months after the University announced it would expand its Center in Paris twofold, cementing UChicago’s presence in the French capital.

Provost Daniel Diermeier, CNRS Director Alain Schuhl, and Vice President for National Laboratories Juan de Pablo signed an agreement on Wednesday and announced the first round of fund recipients, a mix of Ph.D. students and faculty from UChicago and French universities supported by the CNRS.

The CNRS agreement is one of several initiatives by the University to expand its presence in Paris. Since creating France Chicago Center (FCC), an organization that supports fellowships and travel grants, and opening a research and teaching center in Paris in 2004, UChicago has worked closely with French research institutions on academic literature. The France and Chicago Collaborating in The Sciences (FACCTS) funding program (part of the FCC), has supported research projects since 2007 with help from the Argonne National Laboratory and Fermilab, resulting in around 200 joint publications between UChicago and French researchers and $20 million in private and government funding.

With the CNRS, the University will seed-fund up to 10 American and French researchers for three-year projects in physics, molecular engineering, mathematics, and biochemistry.

Diermeier connected the CNRS program to the University’s concern about government policies restricting travel for scholars. In 2016, the University challenged President Trump’s travel ban on people from Muslim-majority countries, filing an amicus brief to the Supreme Court with 30 colleges. He framed the program as a response to global issues—like climate change and the refugee crisis—whose solving necessitate cross-border collaboration.

“We have been very vocal in our concern with government policies that restrict access to global scholars—restrictions on both immigration and travel restrictions—and we will continue to do so because fundamentally we believe that the greatest science and the greatest academic accomplishment…thrive in an environment of openness,” Diermeier said.

Among the inaugural cohort of fund recipients is UChicago Assistant Professor Stephanie Palmer, who will work with Aleksandra Walczak, a CNRS researcher at the French graduate school École Normale Supérieure. Though both have a common training in theoretical physics, Palmer’s expertise is in neuroscience and Walczak’s is in biophysics. Palmer’s recent projects study how neurons encode information and their dynamic, interdependent interactions. Together, they proposed a project to relate prediction in the immune system to prediction in the brain.

Prediction in the immune system and in the brain “happen on very different timescales but are both equally critical to organism,” Palmer told The Maroon after the signing event.

Palmer and Walczak are using their grant to investigate the adaptation mechanisms in the brain that help to anticipate a compensatory response from the body. By understanding the neuronal signaling involved the body’s responses, they hope to determine what these have in common with adaptations in the immune system that cause the body to remember previously encountered pathogens. Palmer suspects these predictive mechanisms are similar.

“The idea is that you might build [biological mechanisms] with very different parts, but we think that there’s a common mathematical language,” she said.

Along with four other American-French research pairs, Palmer and Walczak will commence the three-year funding period for their collaboration this autumn.