“You shine light, you generate photovoltage on the silicon surface, then [using] this voltage, you can do a similar pacing process,” Tian told The Maroon. 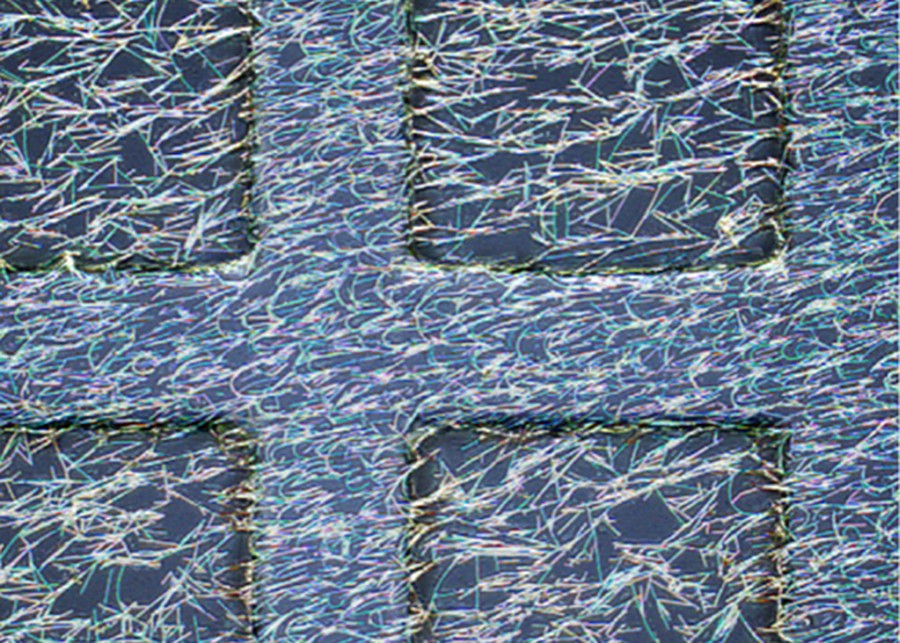 A microscopy image of a silicon nanowire mesh within a polymerframework.

A UChicago research group that gained international attention for its work on light-powered pacemakers is now making additional advancements with new cell-based materials.

The metal of traditional pacemakers is not as effective at taking in photons as other semiconductors, like silicon. “You shine light, you generate photovoltage on the silicon surface, then [using] this voltage, you can do a similar pacing process,” Tian told The Maroon.

Postdoctoral researcher Menahem Rotenberg, another member of the Tian group, is also involved with the light-powered pacemaker project.

He is interested in cardiac fibroblasts, a specific type of cells that communicate electrically with the cells that make up the cardiac muscle. Fibroblasts play a critical role in the recovery process from a heart attack, helping to rebuild the tissue of the heart.

By putting nanowires inside fibroblasts, Rotenberg is able to harvest fibroblasts and inject the cells back into the heart. This allows him to study what happens in a specific cell by stimulating that cell in vivo, which would be impossible with current techniques.

Another project led by Rotenberg uses a flexible silicon membrane to generate cardiac pacing. After a person suffers trauma, electrically stimulating damaged nerves can encourage them to regenerate. Therefore, the Tian group is working on a two-micrometer-thick, biocompatible silicon membrane that wraps around the heart to provide electrical stimulation.

What’s the next goal of the project? Tian and Rotenberg’s current method wraps the membrane around an isolated heart model of a rat. “The challenge now is to show that we are able to do that for a longer term. So wrapping the membrane around the heart, and putting it back into the rat. And allowing it days, weeks, months to stay there, and still be able to stimulate…and to be able to do that without exposing the heart,” Rotenberg said.

Tian and Rotenberg believe that the current standard of the pacemaker is too invasive as it requires a metal electrode touching the heart. They suggest that a better solution would be to place the membrane they are developing inside the body and insert an optic fiber, a tube-like device that would sit in the chest and light the heart without touching it, which would dramatically decrease the invasiveness of that procedure.

Tian and Rotenberg expect to approach clinicians within a couple of years with a prototype.