A Cathey Caper: What Have Students Liberated from the Dining Halls? 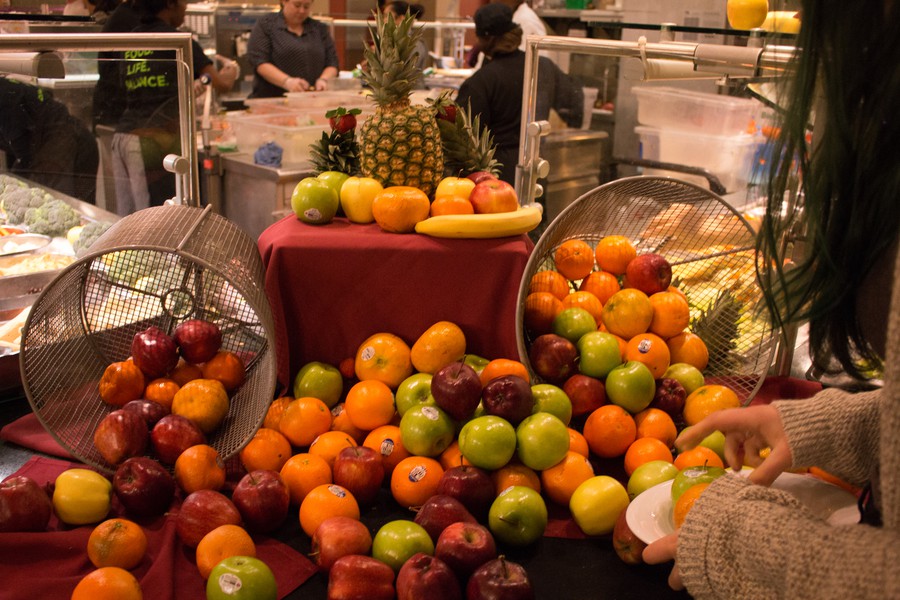 With meal plans totaling to thousands of dollars every year, each dining hall visit can feel like an urgent opportunity to get your money’s worth, whether it be through second or third plates of food or endless bowls of tater tots.

But while buffet-style dining allows students to feast to their heart’s content, dining hall policies limit the type and quantity of food that can be taken to go.

According to Sharee Julian, a cashier at Baker Dining Commons, food prepared on-site, such as fries and burgers, cannot be removed; however, students can leave with up to two servings of fruit, cookies, or ice cream.

“We’re a buffet staff, so we don’t allow anyone to take out any food just for certain reasons,” Julian said. “We don’t want anything to happen when people leave, so we just want everybody to come in and enjoy their food here at Baker Dining Commons.”

Despite the dining halls’ policies, students remain ambitious in their quests to maximize returns on their meal plans. In fact, for some, swiping a slice of pizza is child’s play—they’ve furnished their kitchen cabinets and fed entire houses with a single meal swipe.

The Maroon asked six dining hall daredevils about their most prolific escapades.

“Somebody may have stolen 10 to 15 pears once… We were doing [house] study break on a budget, so we built a pearamid [sic], packed the pears into a backpack, and left.”

“Squash, pumpkin, a spoon, Cholula hot sauce, the toppings by the ice cream, a tupperware of lettuce.”

“My friends and I just occasionally steal stuff for fun. Craziest things I have witnessed and may or may not have been a part of: whole wire baskets of napkins, table tri-folds, loaves of bread, a jar of Goldfish, decorative squash, a jar of beans, and an entire jar of chopsticks. Sometimes, for the random jars and stuff, we just walk up and grab [them]. For loaves of bread, sometimes we have to do this whole thing where one person goes to get food to distract the person and then another person grabs it while they aren’t looking.”

“At the end of my first year, my friends and I were moving into our apartment and needed dishware, so we went to Baker [Dining Commons] with a large backpack. We would each get a plate of food and put another clean plate underneath it. We would then put the empty plate in the backpack when we got to where we were sitting in Baker. We stole around five to six plates, four cups, nine forks, four spoons, and six knives at once in that backpack.”

“A whole jar of oyster crackers.”