While defined by an almost admirable experimental spirit, at its worst, American food can be truly, freakishly awful. 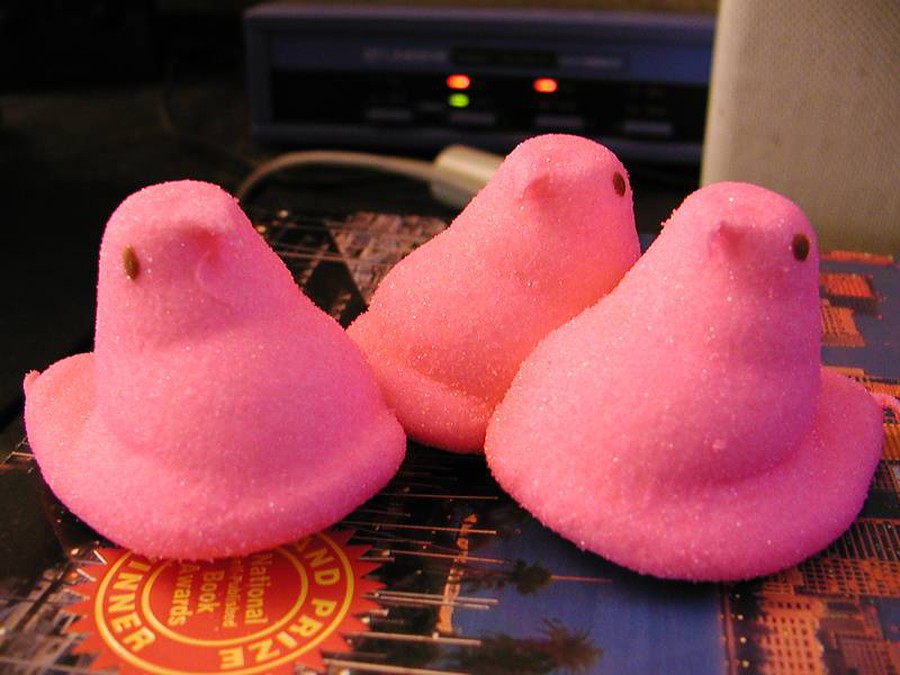 A flock of lilac marshmallow birds - one of America's biggest culinary mistakes.

As an international student, arguably one of the hardest things about acclimatizing to America was getting used to its food. To be sure, part of this is driven by nostalgia and the yearning for something familiar, which you slowly realize can never be replicated in America (especially if you come from a place with a richly diverse and delicious food culture). But over time, I’ve come to appreciate the sprawling variety and experimental ethos that has defined the very best of American food. However, at its worst, American food can be truly, freakishly awful. Here is a (totally biased) lowdown of several quintessentially American foodstuffs that I have yet to wrap my head around.

Before I came to the States, the Pop-Tart held a mythic sway over me—every Nickelodeon and Disney show I watched in my youth braced me for this technicolor lunchtime classic (that you can toast, no less!). The Pop-Tart was a seminally American institution, alongside the Constitution and the NFL. So imagine my desperate disappointment when I had the elusive Pop-Tart for the first time—the cracker is flaky and has the texture and taste of over-sweetened cardboard, and the filling amounts to little more than a glorified paste of food coloring and preservatives. What perverse pathology could have convinced multiple generations of American schoolchildren to actively look forward to wolfing down one of these monstrosities at lunch? I have no answers.

I’m specifically including Frosted Flakes here because of personal experience—I remember wanting some good old-fashioned cornflakes at Baker during O-Week last year and found myself wondering how I had gotten myself a bowl of dessert instead. In all honesty, I could be talking about any of the sugary, over-sweetened boxed product that this country purports to be breakfast cereal. Breakfast cereal is supposed to be plain and boring, not increase my risk of getting early-onset hypertension at 8 a.m. in the morning.

Sure, the story behind the Flamin’ Hot Cheeto is an uplifting exemplar of diversity and openness possible in corporate culture. And I don’t really have too much of a problem with the Cheeto itself—it is of sturdy construction and has extremely robust flavor that leaves a good kick in your mouth. The only reason I’m including Flamin’ Hot Cheetos here is that I have seen a recent surfeit of Cheeto-inspired recipes such as KFC’s Cheetos Sandwich, and I feel compelled to take a firm moral stance against that. Case in point: I had a friend who, over the summer, made a chicken dish with a breading of Flamin’ Hot Cheeto dust. I didn’t talk to him for a whole month after that.

There was a Tweet going around early last year where someone said that La Croix tastes like if you were drinking tonic water and someone shouted the name of a particular fruit from the other side of the room. I never understood that reference before coming to the States. Then I had a La Croix. 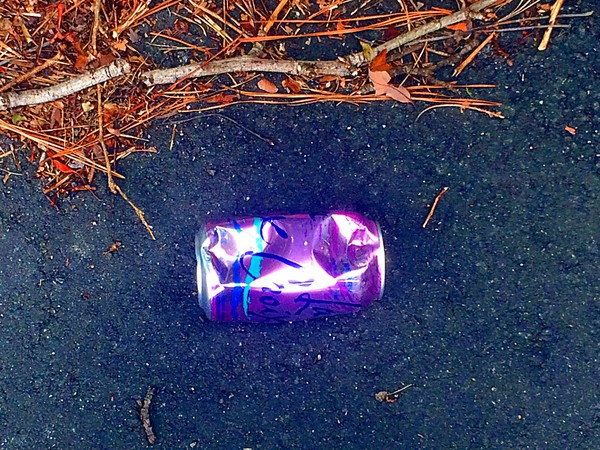 Flavored water in aluminum can - a horrible concept, and disastrous for the environment. A no-go for this writer.

This entry comes courtesy of my Self section which, instead of debating over the merits of open free-market capitalism as espoused by Adam Smith, pontificated on the dangers of allowing F&B corporations such as Just Born to run amok and fabricate the ersatz-marshmallow rubber implants that are Peeps. Don’t fool me with the cute ducks. If synthetic petroleum ever had a taste profile, the singular Peep would be it. It is everything that a marshmallow ought not to be—hard, vulcanized, and duck-shaped. Stay clear.

Need I say more? Even true-blue, salt-of-the-earth Americans recognize that Twinkies are godawful. For something that is made out of little more than wheat flour, cornstarch, water, and sugar, it almost feels like a technological marvel for someone to manufacture something so bad. Also, I find it highly concerning, if unsurprising, that Twinkies don’t have expiration dates. Their only saving grace seems to be that they seem highly self-aware of their awfulness.

I am no longer friends with the person who told me that Twizzlers make for great American cinema food. I think this is mostly because I became friends with this individual in the harum-scarum of O-Week, when you ruthlessly add/drop people who could become acquaintances or who could become friends. But I am also no longer friends with this person because I felt betrayed by their culinary judgement. Twizzlers look and taste like plastic straws that have been ever so slightly scented with strawberry. Why would you want to ruin your movie like that?

Candy or plastic straw - you decide.

This is it, the hill I have chosen to die on. String cheese is the single worst food item that the nation of America has come up with. It says a lot that this is a food item that is infinitely more fun to play with than to actually eat. And my god does it taste awful—at its best, it feels like you are consuming scented hair. At its worst, string cheese is emblematic of the broader failure of processed American cheeses. Think of the yellow sludge that is the Kraft Single, or the goop in your microwavable Kraft mac and cheese, and truly spend a minute to ask yourself if any of that comes close to resembling whatever it is that food ought to be. A disaster in both form and matter, as Aristotle might have put it.