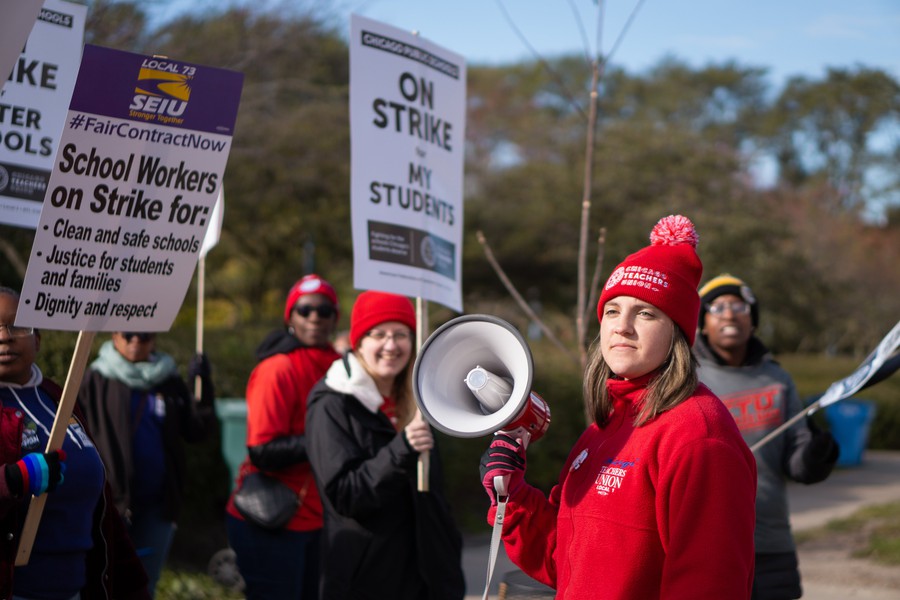 By Dimitriy Leksanov   and Camille Kirsch

Amid cancelled classes during the Chicago Teachers Union and Service Employees International Union strike, the Hyde Park community has organized activities for students and in support of striking workers.

Classes at Chicago Public Schools (CPS) have been cancelled for four days while Chicago Teachers Union (CTU) and Service Employees International Union (SEIU) members have been on strike. Schools remain open and are being staffed by skeleton crews of principals and other non-union staff. Several Hyde Park schools have been picketed, including Ray School and Kenwood Academy.

The University of Chicago Charter School, which is a non-union school, has remained open and is operating normally throughout the strike.

Several University-affiliated groups have supported striking workers. On Thursday, the first day of the strike, Graduate Students United (GSU) members joined a CTU picket line at Ray School. At 8 a.m., GSU members marched from campus to the school, where they joined dozens of CTU protestors shouting slogans including: “Whose schools? Our schools!” and “What do we want? A better contract! When do we want it? Now!” 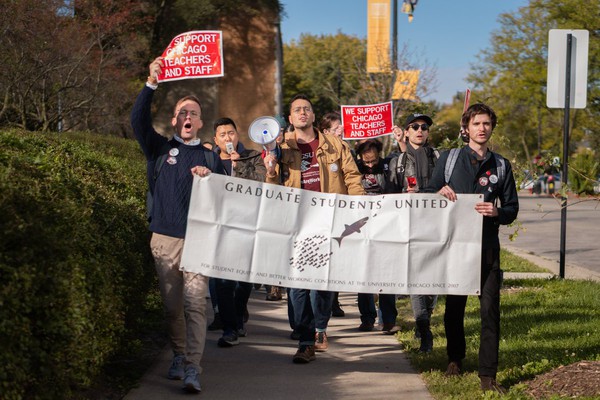 The UChicago Labor Council bought donuts and coffee for strikers on Thursday, the organization said in a tweet. UChicago Labor Council members have also joined picketing union members throughout the strike. Grounds of Being, the Divinity School coffee shop, served free eight-ounce cups of “solidarity coffee” to CTU strikers throughout the day Thursday.

There were also pickets Thursday morning at Bret Harte Elementary School, where around 30 protestors shook noisemakers and held up a large sign reading “We will win!” Picketing at the schools lasted until the early afternoon, when protesters headed downtown for a 1:30 rally at CPS headquarters. 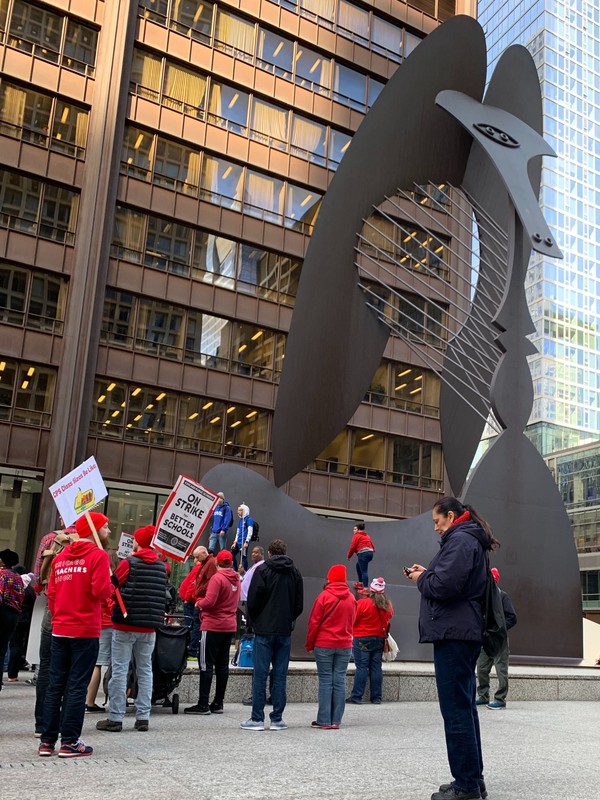 Protests at Kenwood Academy continued Monday. Hyde Park CTU protesters held a “Hyde Park ‘Nurse in Every School’ Solidarity March for Justice” that began at the Ray School at 8:45 a.m. and culminated in a rally at Kenwood Academy at 9:40 a.m., according to a CTU media advisory.

Parents of children attending public schools have had to find alternative childcare solutions during the strike. CPS strike contingency sites in Hyde Park include Kenwood Academy, Hyde Park Academy, Woodlawn Baptist Church, and Blackstone Library.
CPS school buildings are open for students who need meals and a place to stay during the day.

Throughout the strike, the Hyde Park Neighborhood Club (HPNC) has been providing a “strike camp” to run structured activities for local children in its facility at Nichols Park. The camp will remain open as long as the strike continues.

The HPNC camp features classes of around 20 students from 8 a.m. to 4 p.m., which include reading, gym games, and time at the playground in nearby Nichols Park. Breakfast and a snack are provided, but students must pack their own lunches.

The camp costs $55 per day for the day session, $15 for the after-school session, and a $10 administrative fee. According to Habr-Paranjape, the program hit capacity on Thursday.

Other programs, many of which include meals, are available to students and families at locations throughout the city free of charge. These include branches of the Chicago Public Library, such as the one at 1745 West 63rd Street in West Englewood, YMCA centers, such as the one on 6330 South Stony Island Avenue, Park District locations, Salvation Army sites, and churches.

The Chicago Teachers Union Strike: Who, What, and Why

The CTU, along with other union-represented school employees have been on strike since October 17 to ask for improvements in both pay and non-pay related issues.